There are so many historical and Ziyarat places to visit in Madina that an Umrah pilgrim or a tourist needs many days to explore them.

It goes without saying that Masjid al Nabawi is the most sacred historical place to visit in Madina. The Masjid was built by Prophet Muhammad ﷺ and it is also called the Prophet’s mosque. Jannat ul Baqi is the graveyard where more than 10,000 Sahaba are buried and therefore, it is a must-visit Ziyarat place in Madina. Fatima bint Hussain رضي الله عنها was left in Madina when her father went for the battle of Karbala. She died in 110 A.H. 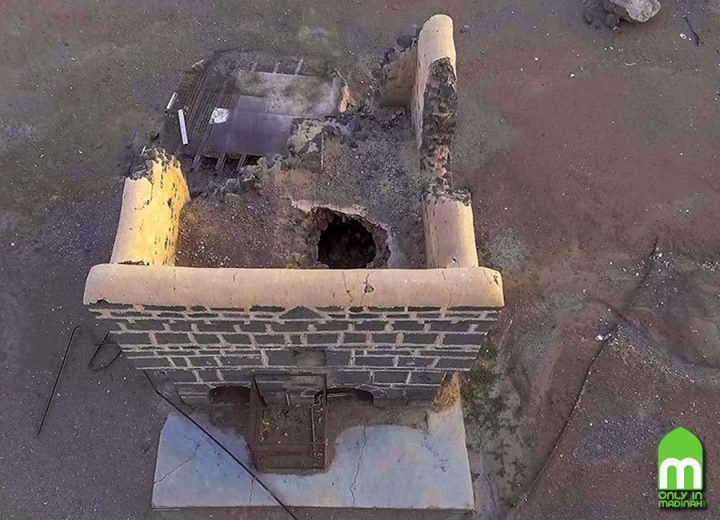 Once Prophet Muhammad ﷺ offered Salat ul Istisqa (prayer for rain), the clouds came immediately and it started raining. We have Masjid Ghamama built at the same place in 86 A.H which is an important ziyarat place to visit in Madina. 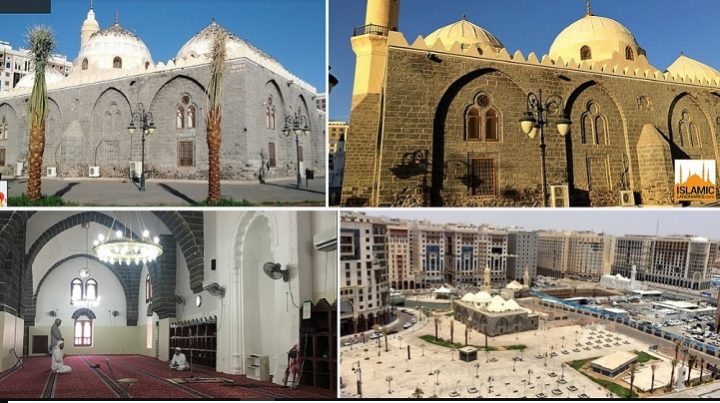 The battle of Uhud took place at the Uhud mountain. The pilgrims coming from around the world love to visit the places Uhud mountain and the related cemetery where around 70 Sahaba رضي الله عنهم are buried.

Prophet Muhammad ﷺ cast a glance at Uhud and said: Uhud is a mountain which loves us and we love it. – Sahih Muslim 1393b 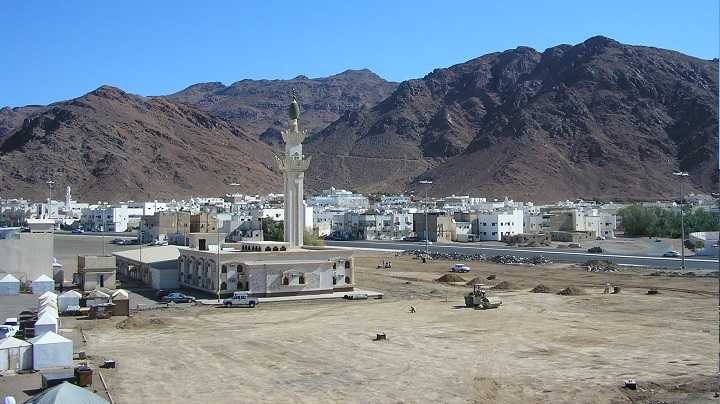 The mount of archers is also known as Mount Ainain جبل عينين. Pilgrims coming to Ziyarat often visit this place when they come to Uhud mountain in Madina.

In the battle of Uhud, 50 Muslim archers were appointed by Prophet Muhammad ﷺ to stand on this mountain under the command of Abdullah bin Jubair رضي الله عنه.

The cave of the Uhud mountain is the place where Prophet Muhammad ﷺ and his Sahaba took shelter during the battle of Uhud when the people of Quraish attacked for the second time. 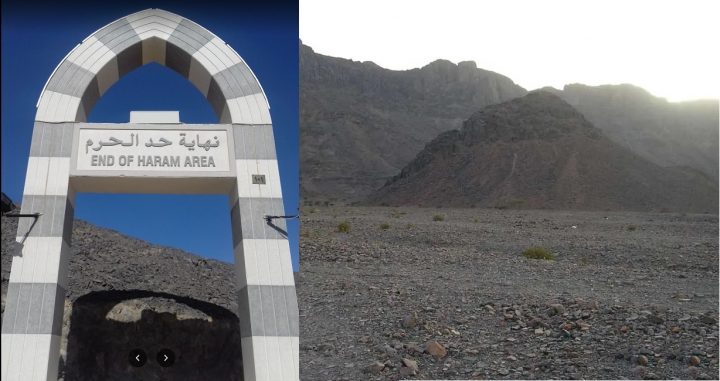 Masjid-e-Quba is the first mosque of Islam and therefore a great ziyarat place to visit in Madina.

Prophet Muhammad ﷺ said: Whoever performs wudu in his house, then comes to Masjid Quba and offers one prayer therein, will have a reward like that for ‘Umrah.” – Sunan Ibn Majah 1412 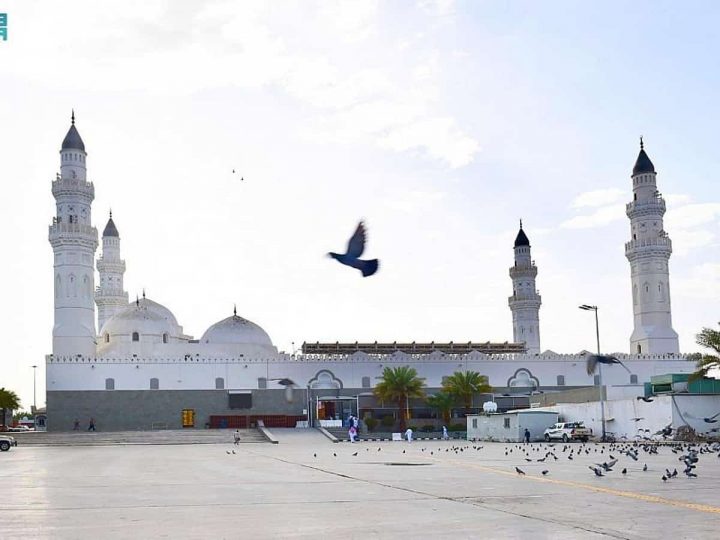 Masjid al Dirar has significant importance in Islamic history as Prophet Muhammad ﷺ himself ordered to burn it to ashes. You can visit this ziyarat place in Madina along with Masjid Quba.

No remains of the mosque are visible today so you cannot figure out the exact location of the mosque. However, it is a proven fact that it was situated near Masjid al Quba in Madina.

Ethq Well is the place where Prophet Muhammad ﷺ and Abu Bakr رضي الله عنه sat for a while and drank water when he visited Madina for the first time after Hijrah. The better time to visit this place is in the daytime. 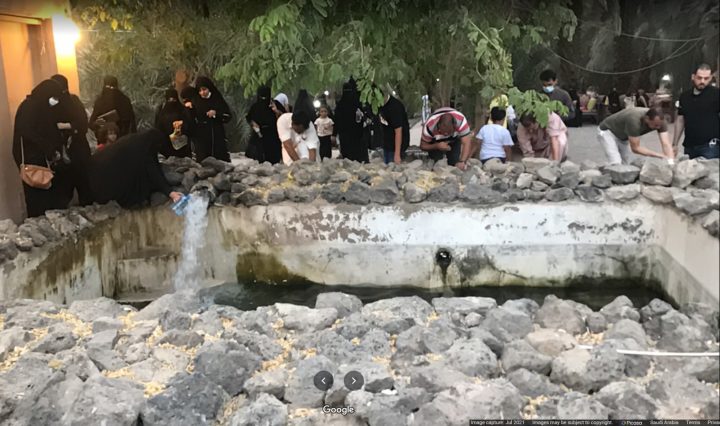 Prophet Muhammad ﷺ offered Fajr prayer at this place when he visited Madina for the first time after Hijrah. It is very near to Ethq well so one should visit both places together. 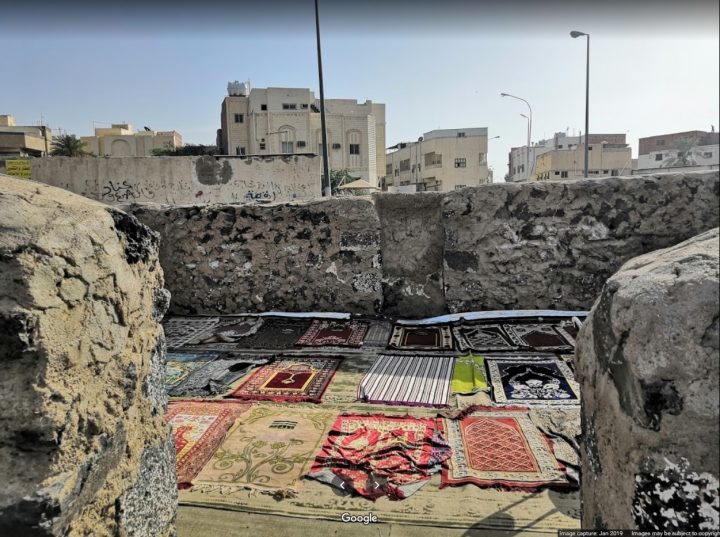 When a Sahabi reached the Masjid with an order to change the Qibla direction, the Imam was leading the prayer who immediately changed his direction. Masjid Qiblatain is a beautiful ziyarat place to visit in Madina. 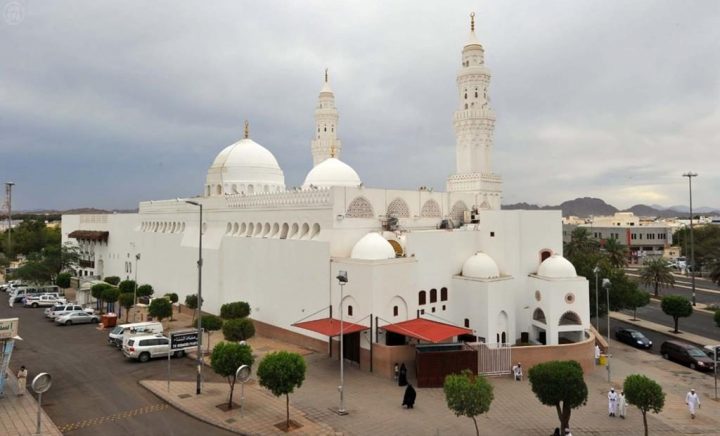 There are 7 mosques built at the place where the battle of Khandaq took place in Madina and therefore, every tourist should visit this ziyarat. Actually, these were the places where Sahaba used to offer prayers while digging the trench. 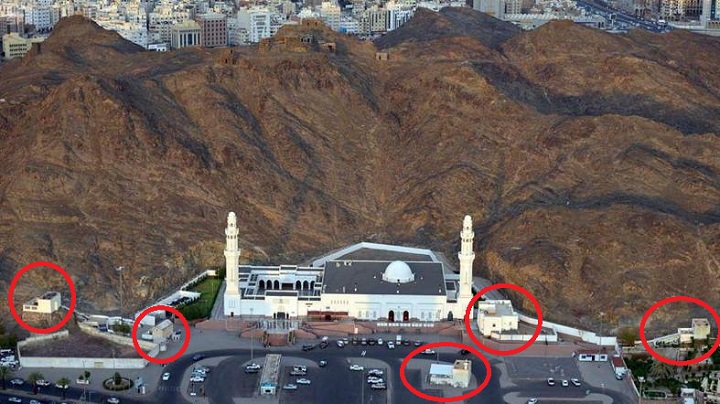 The cave of Bani Haram is also called the cave of prostration as Prophet Muhammad ﷺ performed a long Sajda upon it. There is also a hadith related to it.

It has also been narrated that during the battle of Khandaq, Prophet Muhammad ﷺ spent some nights in the cave of Bani Haram. 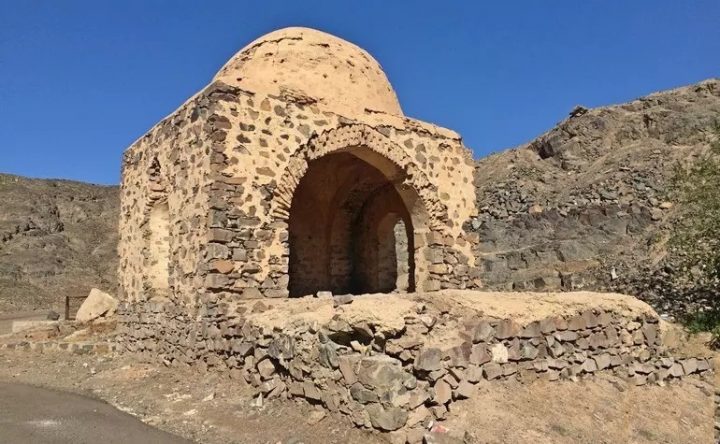 I would encourage you to visit the historical Dar Al Madina Museum in Madina as you can see models of Prophet Muhammad ﷺ house, a model of first masjid-al-Nabawi and pictorial depiction of many battles of Islam and much more at this place.

Wadi e Jinn is neither a historical place nor ziyarat but tourists coming to Madina love to visit it. It is famous because you will find cars driving at a speed of 90 km/hr without pressing accelerators here. 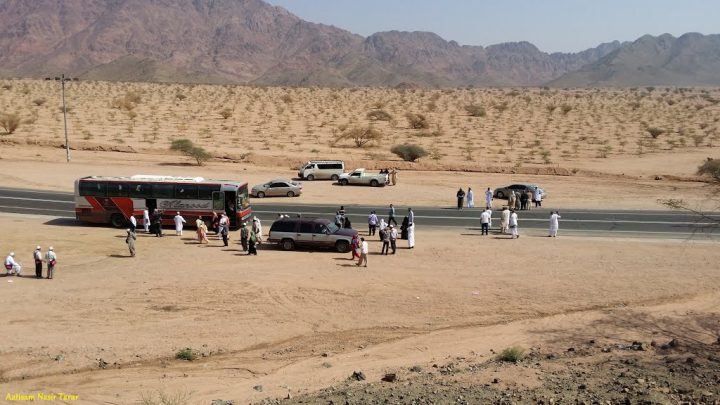 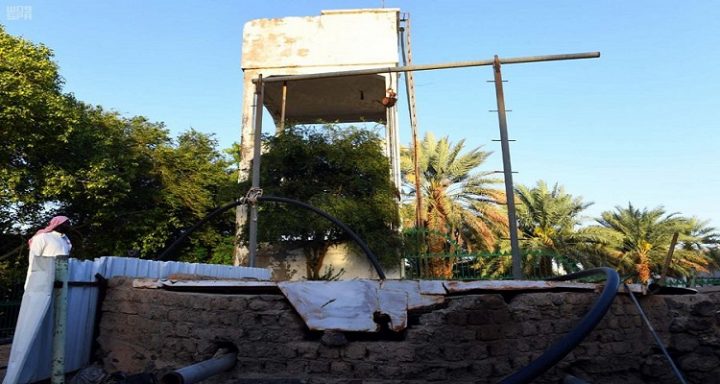 Hejaz Railway Museum built at the place of Madina railway station has many worth visiting historical artifacts extending from the time of Prophet Muhammad ﷺ until the ottoman empire. 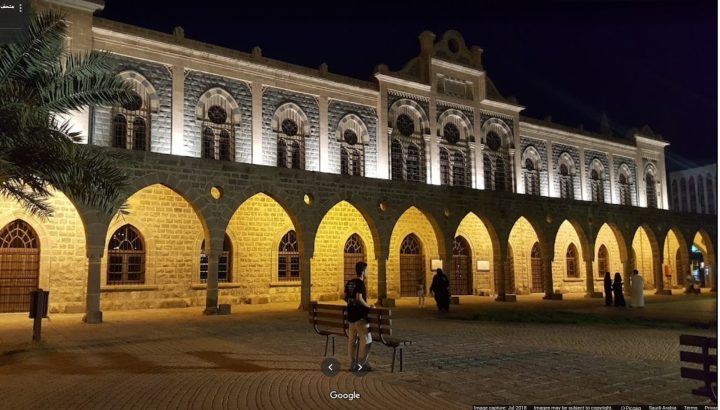 Ka’b bin Ashraf was a wealthy Jewish poet and he traveled to Makkah to instigate hate against Muslims. Prophet Muhammad ﷺ was emotionally so hurt that he asked Sahabas to kill Ka’b bin Ashraf. They killed him in his own fort.

There are some remains of fort Kaab bin Ashrat in Madina which is an important historical ziyarat place to visit.

Pilgrims love to visit King Fahd Quran Printing Complex in Madina as at the end of the tour, they award you with a free copy of the Quran or Tafsir (if available). 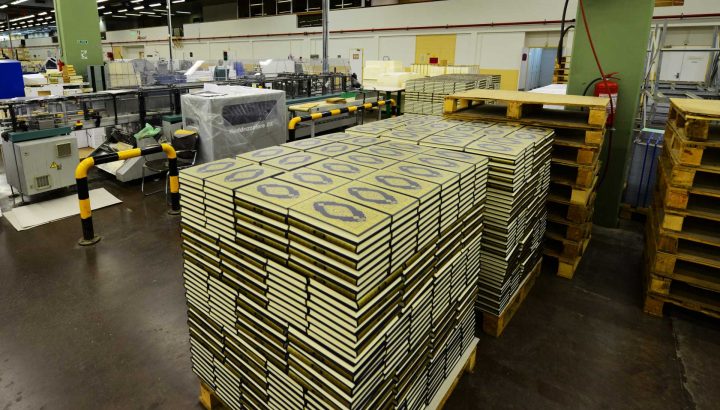 Beer e Shifa well located around 100 km from Madina used to be famous for its bitter, poisonous, and unhealthy water. When Prophet Muhammad ﷺ came to know this, he spat in the well and since then its water is sweet.

This is the reason pilgrims travel a long distance to visit Beer e Shifa, a definite ziyarat place in Madina. 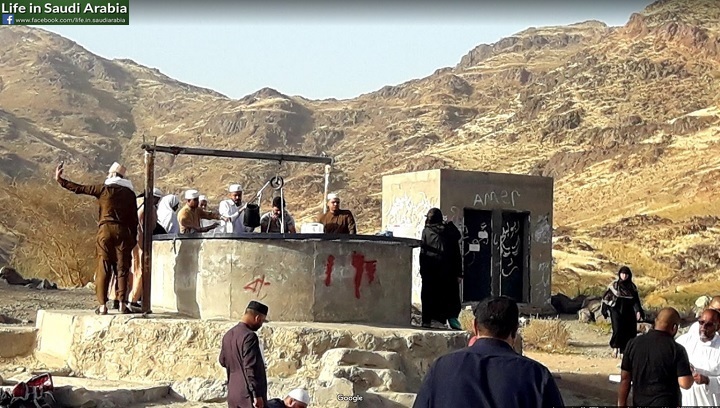 Masjid Bani Haram is built at the place in Madina where Muslims had set up their camps while preparing for the battle of the Trench and therefore it is a Ziyarat place to visit.

It is the same place where a small sheep was slaughtered by a Sahabi and it satisfied the hunger of thousands of Sahabas.

Urwah bin Zubair castle is located on the banks of Wadi al-Aqiq in the west of Madina, along the road leading to Masjid Dhul Hulifa, and away from the Prophet’s Mosque about 3.5 km.

The castle is still the property of Urwah bin Zubair رضي الله عنه who was the son of Asma bin Abu Bakr رضي الله عنه and therefore, it is a historical place to visit in Madina. 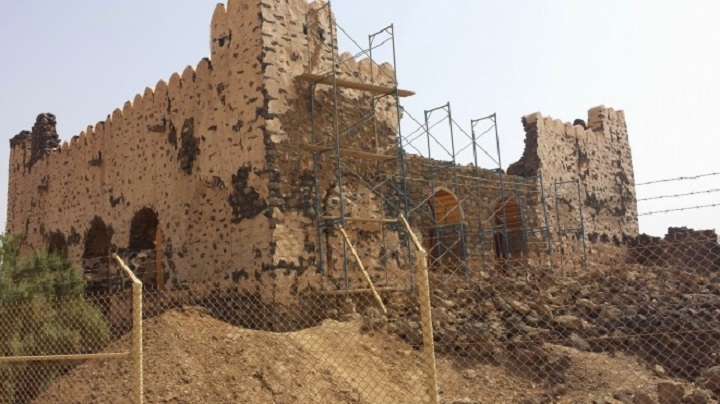 Mount Ayr is the second biggest mountain in Madina after Uhud mountain and it marks the southern boundary of Haram in Madina. 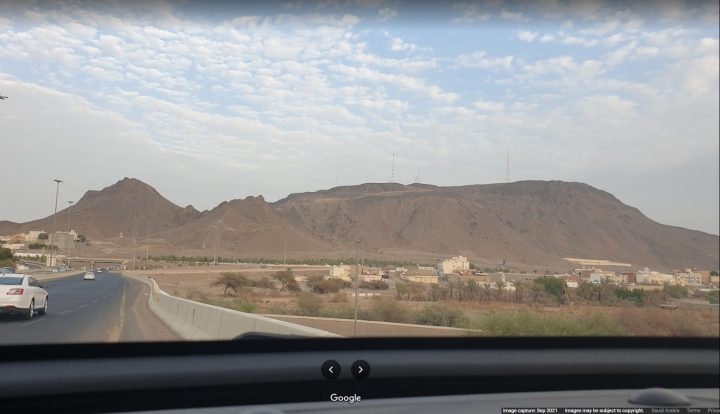 Prophet Muhammad ﷺ himself planted date trees in this garden and the property is still owned by Salman Farsi رضي الله عنه which is why pilgrims love visiting this ziyarat place in Madina.

There are still around 100 palm trees in the garden. Moreover, you can also buy different kinds of dates from here. 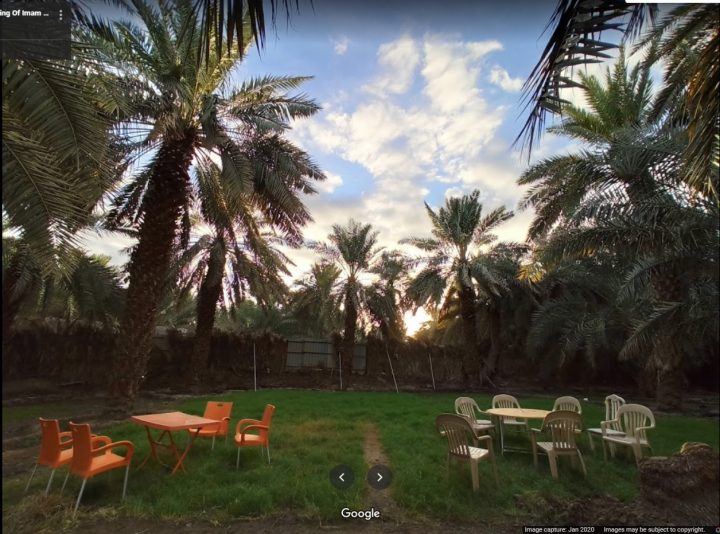 Prophet Muhammad ﷺ requested that the water in the well be used to wash his body when he passes away. He also drank from this well several times. Considering its historical importance, pilgrims love to visit this place in Madina at least once in their life. 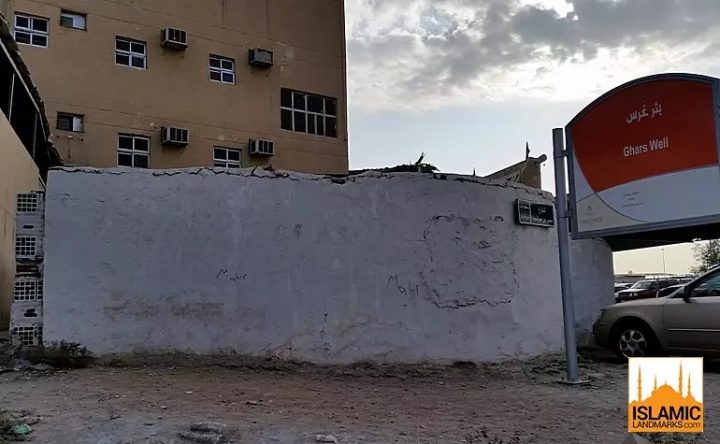 Before the dua of Prophet Muhammad ﷺ, the water of the well was bitter but later it became sweet. 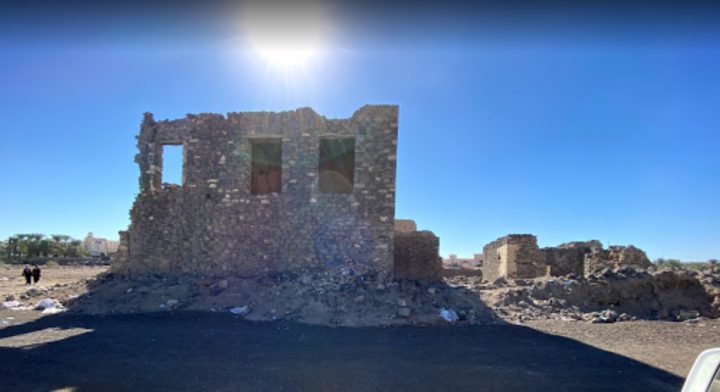 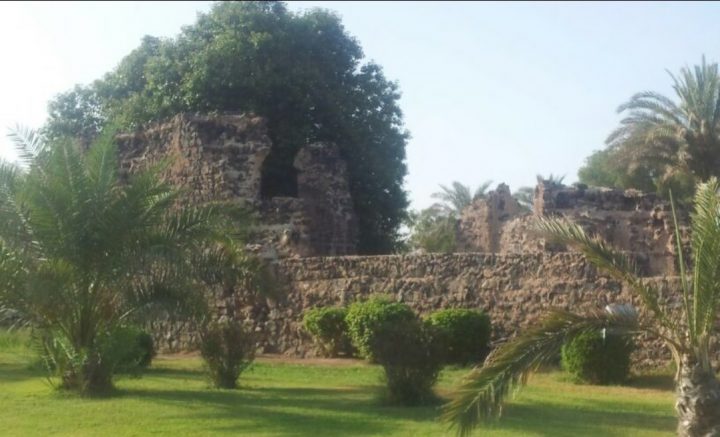 Around 175 kilometers from Madina, lies another ziyarat place with the name Khyber Fort, where the battle of Khyber was fought in the 7th Hijri (628 A.D). There is a great story of conquering the Khyber fort.

Muslims had surrounded the Khyber Fort but were unable to conquer it. Finally, Prophet Muhammad ﷺ gave the charge to Ali رضي الله عنه. He killed 3 of the jews’ best warriors in one-to-one challenge combat and uprooted the gate of the fort. 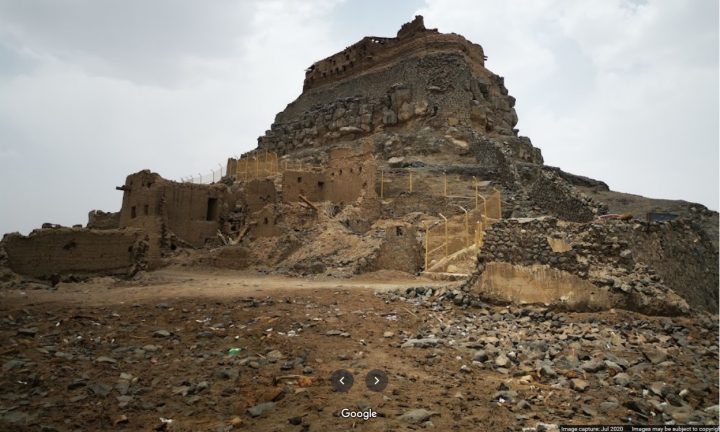 Battle of Badr, the first battle of Islam in which Prophet Muhammad ﷺ participated was fought 150 kilometers away from Madina in 2nd Hijri (624 A.D.)

In this battle, 313 Sahaba fought against 1,000 infidels of Makkah and still emerged victorious. There is a graveyard of 14 Sahaba who were martyred in the battle of Badr. 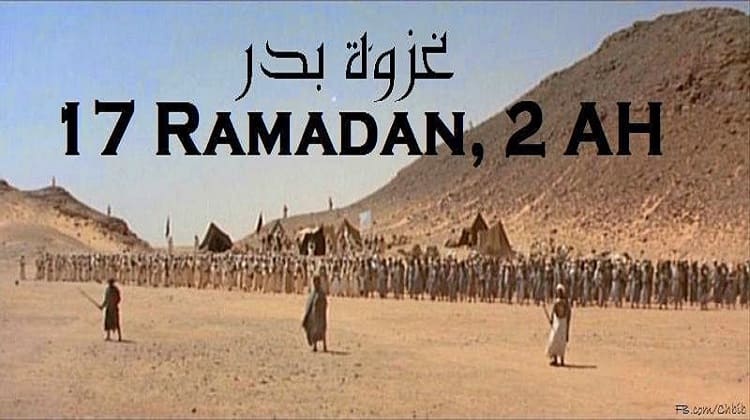