Home Driving in KSA Women Driving He had a brain stroke while driving, Saudi girl drives Bus for...

Girls are no less than men. They are equally talented and intelligent. Girls can learn the skills as men and they can show up how courageous they are. A young Saudi girl has shown this to all!

Ashwaq Al Shammari is a young and a courageous lady who is currently studying at the university in Hail. She and her four female university colleagues were to be dropped at their respective homes in a minibus. The driver of the minibus wasn’t feeling alright.

The driver had a brain stroke and got fainted right away

He then suddenly fainted while they were on their way. They were approximately 19 km away from their destination when the driver suddenly got in grips of a brain stroke and fainted right away.

According to the reports, the driver started to feel dizzy and informed the passengers about it. He then realized that he could not continue the journey and stopped the minibus. He fainted and went into a coma.

Luckily Ashwaq Al-Shammari knew how to drive a vehicle. A long time ago she learned to drive. Her father had taught her the skills of driving at his farm which is in Al-Ish town. The town of Al-Ish is only 40 km south of the Hail.

While learning to drive a vehicle neither Ashwaq nor her father knew how fortunate it would be. They would never have imagined that Ashwaq’s driving could save a life. As soon as Ashwaq saw that the driver had fainted, she took up the responsibility of driving. 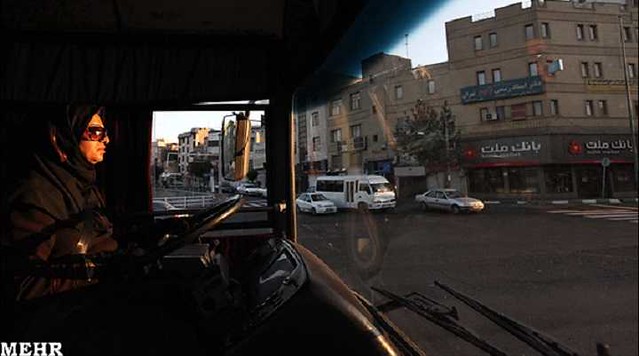 She knew that it wasn’t liable to wait for external help. She started to drive the minibus while the colleagues tried all their best to return the driver to a state of consciousness.  Ashwaq drove smoothly and stopped at a shop.

She fetched a bottle of water in a hope that the driver would return to consciousness. Water was poured onto the driver. Yet the effort failed as the driver had been struck by a brain stroke. He was in a poor condition and it became necessary to seek medical help as soon as possible.

Ashwaq, a student at the college of education located in Al-Ghazalah district, sought to take the driver at his home. So, she drove the mini-bus to the driver’s home. As they reached the driver’s home, his sons and wife came up to help. They took him to a hospital lying 50 km away.

The driver was given treatment in time

The hospital is reported to be a government hospital.  As soon as the patient arrived at the hospital, the doctors diagnosed him carefully and revealed that he had undergone a brain stroke. The doctors gave timely treatment which made sure that the driver’s conditioned improved.

The driver’s life was saved because of Ashwaq’s courage and driving skills as well as the doctor’s timely treatment. We are proud of our doctors and our sister Ashwaq.

When he was informed about his daughter’s remarkable effort he appreciated it. The proud father declared that it was the courage of his daughter and her four colleagues that the man is safe and sound now. Otherwise, he might have died!

He disclosed that he had made his daughter learned the driving skills at his farm. He told that she has fulfilled a social responsibly! Ashwaq and her four female colleagues had served the humanity rightly! Well done girls!

How much will Saudi Arabia save by allowing women to drive?