There are rumors circulating on social media platforms that Dr. Zakir Naik has been awarded Saudi Nationality by King Salman to provide him protection against Modi (Indian) government.

Dr. Zakir himself has reported that the rumor is a false one!  He stated that he does not hold Saudi citizenship currently, but if there would be Allah’s will, nothing is impossible.

The fake news of his holding Saudi citizenship spread like fire in the media with the picture where he is standing along with King Salman.

The picture was taken when he was being honored for his services towards Islam with a King Faisal International Prize. 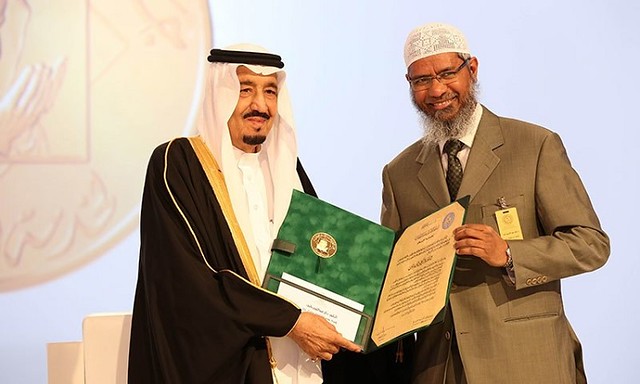 Dr. Zakir is currently residing in Malaysia but he holds only Indian nationality. The reports of Dr. Zakir Naik holding Saudi or Malaysian nationality are false.

Well, the real news relating Dr. Zakir Naik is that he is on the wanted list by India. In a terror attack, that took place in Bangladesh’s café, Bangladesh held Naik responsible for it.

The news was that the gunman who was involved in the attack stated that he was inspired by Naik’s speeches. The attack took lives of 22 people.  However, Naik said that his speeches never evoke anyone to take the life of an innocent.