Harish Banegra, an Indian worker was arrested in Kingdom for his unethical act. Harish is a resident of the Indian city Udipi in Karnataka. He worked as a technician in the Kingdom.

Next Ram temple in Mecca

Harish posted blasphemous content on his Facebook profile. He uploaded a picture of the Holy Ka’aba with the caption “next Ram temple in Mecca, Be ready for the fight, Modi with us.”

The post drew several comments, reactions, and shares. A complaint was registered against him as soon as Saudi Authorities noticed his act. 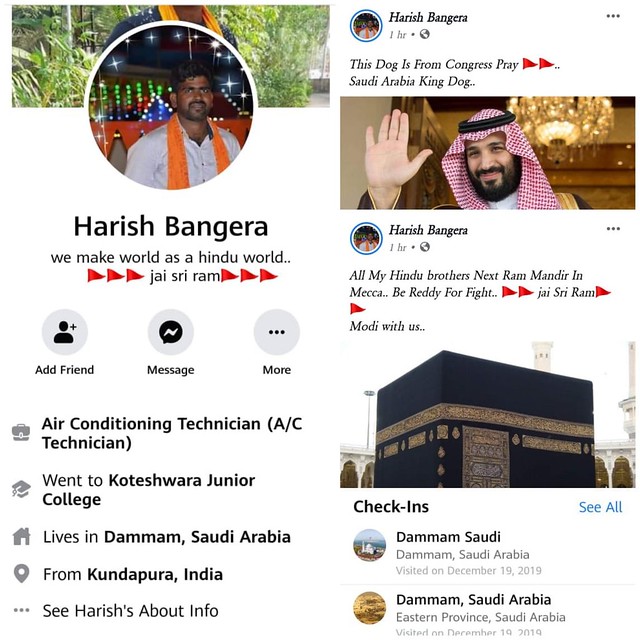 Harish was arrested on accusation of posting a blasphemous post. He was also fired from his job. His employers condemned the post and terminated him from the job as a justification for their decision. His employers clearly mentioned that his act is unacceptable at any cost. 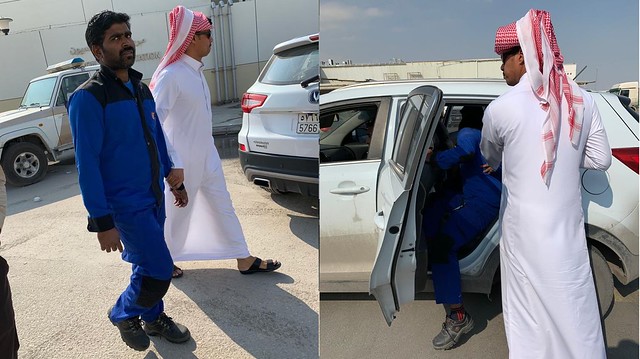 His company made a statement

The company condemn his action and has also reported his case to the police. The Gulf carton factory also assured zero tolerance for everyone who commits such an unethical act. 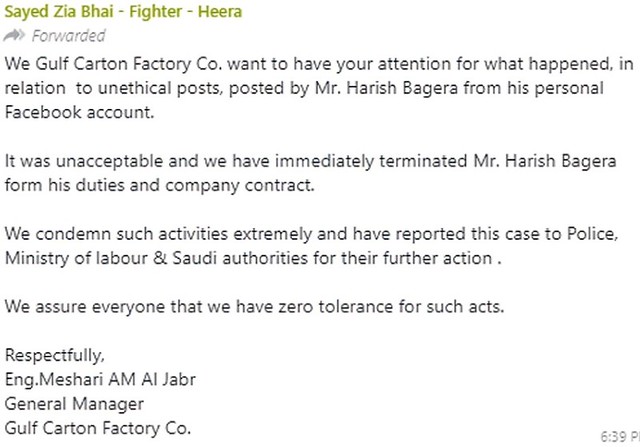 On the other hand, Harish felt remorseful and asked for forgiveness from the Muslim community through a video message.

In the video, Harish is seen pleading for forgiveness and claiming his act was a mistake. Harish in his video said, Please forgive me, I will never post such a post again. He also mentioned his hard life struggles saying that he already faced several difficulties before coming to Dammam.

On the other side, Harish’s wife came forward saying that his husband is innocent and someone has created a fake Facebook account to implicate his husband.

However, this incident also comes with a lesson to all the Non-Muslim who are staying in Islamic countries. This incident also teaches that all the disrespectful actions and comments made for Islam come under the scrutiny of harsh blasphemy laws.