Since the beginning of the year 2019, Hameed had been suffering from depression. His life was a struggle which caused upset mental health. Disturbed by his presence at the house, his brother shifted him to a deserted grocery store building and locked him down. Finally, he has been rescued and has been shifted to a hospital.

Much appreciation is extended towards the integrated team of home doctors, who took the step of providing poor Hameed a proper place for getting back to his mental health. For by no reasons it is the way to treat a patient: patients of any nature cannot be left alone on their own.

The poor guy had bruises and factures since June. He was hit by a car in June and suffered from injuries. Finally, he is getting treatment at Al-Miqat Hospital. 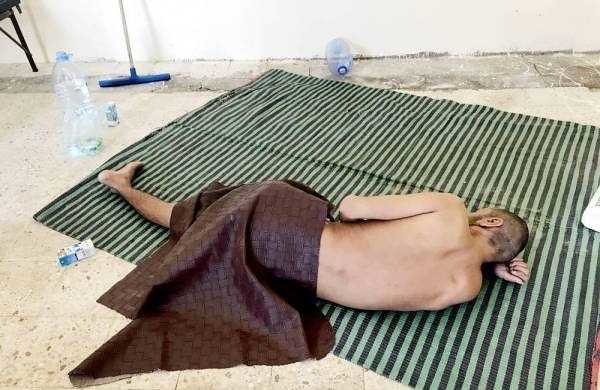 According to the doctors, only once the treatment of Hameed, the psychic is completed, then he shall be either shifted a psychiatrist hospital or a rehabilitation center. This decision shall be dependent on his condition.

Dr. Abdul Hameed Al-Subhi, who is the director of the department of health affairs in Madinah has assured that a team of home doctors is there to check upon Hameed: they shall regularly examine him, follow up his case and provide him healthcare.

According to the branch of the Ministry of Labor and Social Development, Hameed, 10 years ago was a beneficiary of social security assistance. Yet after two months he did not report, and his monthly salary was halted.

Explaining the matter, Hameed’s brother told that Hameed’s condition was not stable, and it was difficult for him to stay at home. He would cause trouble and it became necessary for him to stay in isolation.

He told that they are orphans, and it wasn’t easy for them to take care of him at home. His brother thereby allocated a deserted grocery store and took him there. He would serve meals for him there and would clean him up.

He added that he had approached social development and the department of health affairs so that they could provide Hameed with treatment and accommodation, yet they refused to do so.

The brother, however, has made it clear that he isn’t able to serve Hameed anymore and that he shall be shifted to a psychiatrist hospital or a rehabilitation center after his treatment at hospital ends. May Allah help everyone dealing with a psychic disorder.