In these modern times, women in Saudi Arabia are conquering various positions in different sectors and the sports sector is no exception. Unfortunately, there are not many Kickboxing institutes in Jeddah for females; however, some personal trainers provide training for kickboxing in Riyadh for females.

Generally, sports is viewed as being a male-dominated field in Saudi Arabia; however, now several women are breaking the stereotype which is associated with it and they are displaying their talents as athletes and fitness trainers at the international level sports competitions.

Though they practice in private, these women are taking to social media in order to showcase their daily workout routine for the entire world to see. 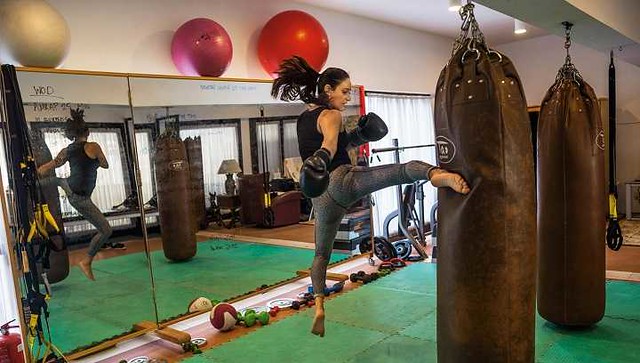 Halah Alhamrani is a 41-year-old Saudi woman who is brave and ignored the negativity which she receives by the conservative society by working and living as a fitness instructor at her own private gym located in Jeddah which is the one and only female kickboxing and boxing trainer in the Kingdom for women.

She spoke to the media and commented on how social media has played a vital role in her professional life. When asked about what it was that inspired her to get into kickboxing, she said that she had always been attracted to martial arts due to the mental strength and focus it took to practice the sport. 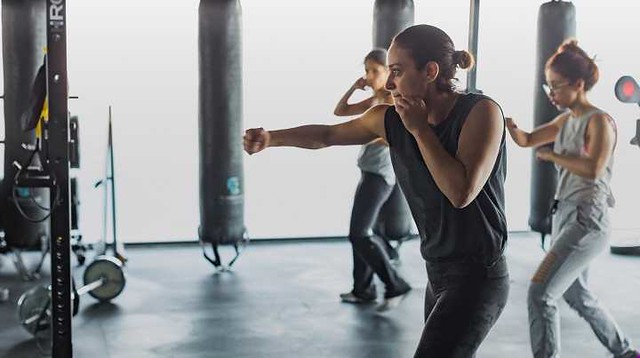 Halah Alhamrani started Martial Arts at the age of 12

The first ever experience with martial arts was at the age of 12 when Halah Alhamrani started taking karate lessons in her school. She was later introduced to Japanese Jiu Jitsu by an American couple who were living in Jeddah.

Japanese Jiu Jitsu is a different form of martial arts which focuses on grappling, throwing and fighting techniques. She studied Jiu Jitsu for a total of 4 years and taught it for 1 year.  She studied in the United States where she continued taking classes of Muay Thai. This is often referred to as the Art of Eight Limbs. 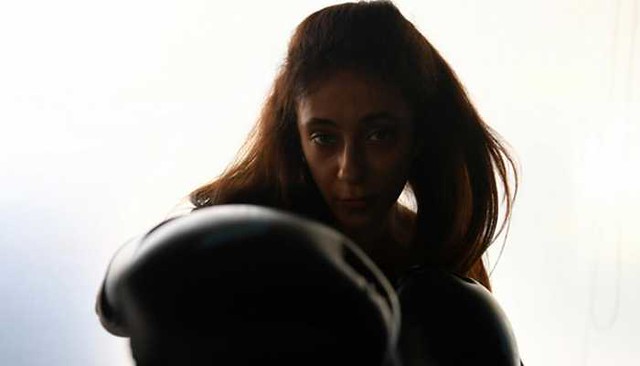 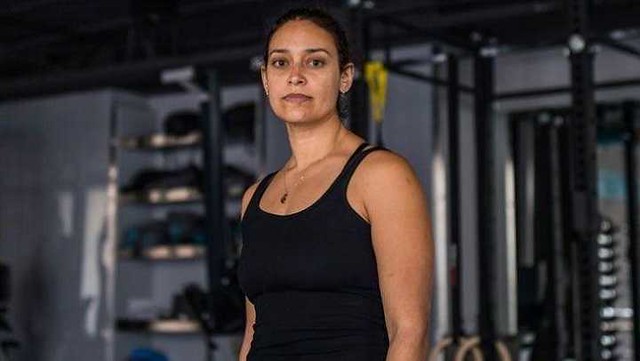 Halah Alhamrani is a certified trainer for Calisthenics

She has now been practicing Muay Thai for 12 years and also boxing for 7 years. She is currently also a certified trainer for Calisthenics which is bodyweight strength training and also Crossfit, which is another form of exercise regimen which is gaining popularity fast.

When she was asked about what it is that gives her the courage to come out bold and proud a Saudi kickboxing trainer in a highly conservative society which can be found in Saudi Arabia and the changing image of Saudi women in recent times, she said that she simply grew up with strong female role models around her.

How did Halah Alhamrani become a kickboxer?

She stated that her sisters and mother have always supported her desire to play sports. Generally, sports are not at all considered as an important part of the upbringing of the woman and especially the women in Saudi Arabia are not at all encouraged to pursue any career in sports.

Now times have changed and women ranging from all age groups are increasingly active today. They are also realizing. They are now realizing that fitness is actually a vital aspect of having a healthy lifestyle.