An Indian girl of 18 years of age just got married to a stray dog! The marriage ceremony took place in the eastern Indian state of Jharkhand.

Everything was well planned, there was a bride in her traditional costume, family and friends invited, lunch ordered for almost 70 people, the wedding place decorated, and the groom was a stray dog! 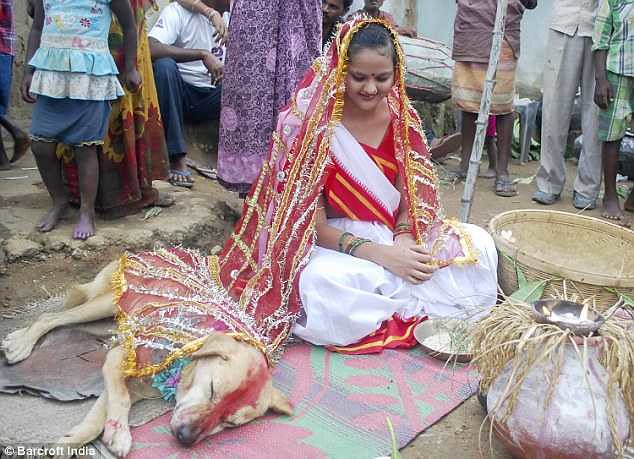 The 18-year-old girl named Mangli Munda tied a knot with a stray dog named Sheru. It was believed by her elders that she would not bring a good charm to her family after getting married to a man.

So, it was believed that once she marries a dog, the evil on her would be offset by the dog (complicated logic) and her family would not face devastation after her real marriage! 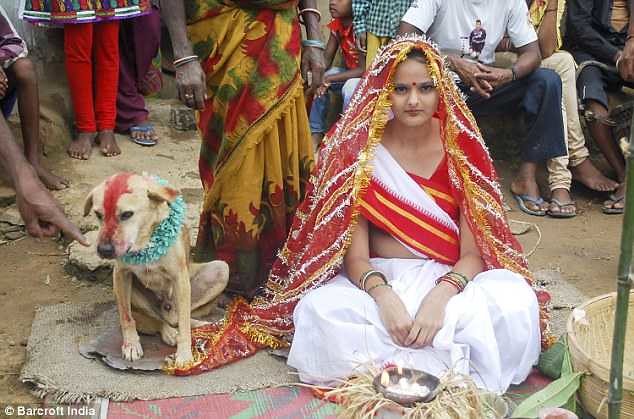 Whatever be the logic, the good part is that she still has the right to marry a man! A man of her dreams.

In an interview, she said every girl has a desire to get married to her prince of dreams and she does have the desire. She will get married to a man and she won’t even have to get a divorce from her dog-husband! 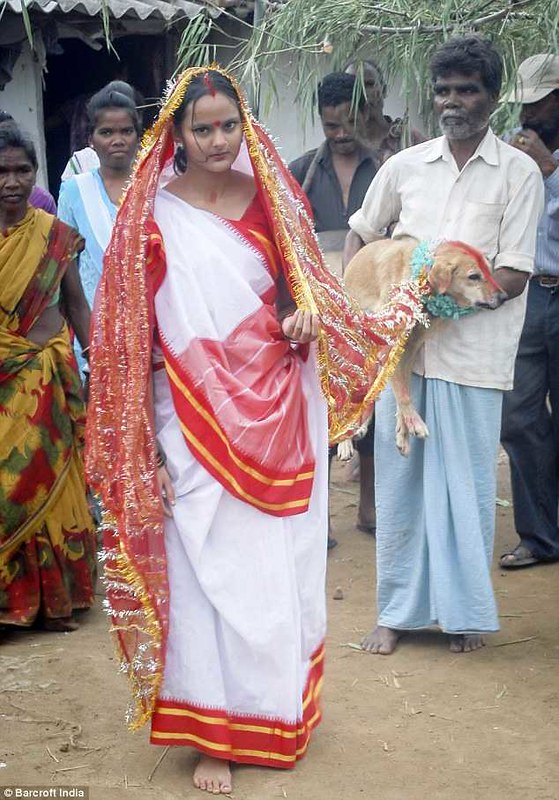 Her mother told that it is widely followed custom and they followed it as they did not want bad luck to take over families. She said they had to treat the groom with all the respect and had to incur expenditure. 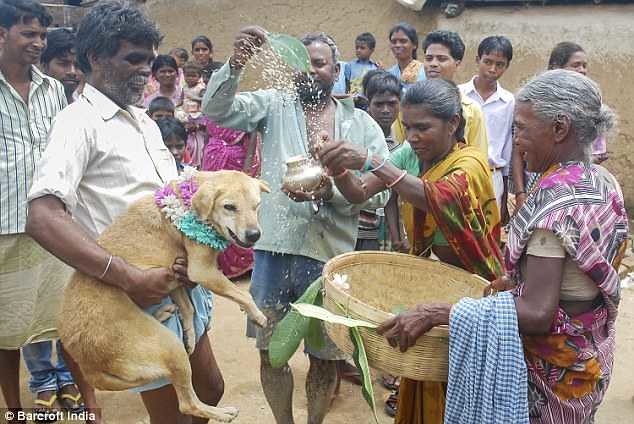 70 people were invited to the wedding which included family and neighbors. Lunch was served to them; all marriage rituals were conducted, and the marriage is the official one!