Gulf News has reported that the expatriates who are deported from one of the GCC countries would not be able to enter any of the GCC member countries with a work visa. In this article, we have explained how the system has been working, how it is proposed to work and how to remove the GCC ban.

Gulf News reported that the GDRFA, in its magazine Manafez Dubai that all six GCC countries (Saudi Arabia, UAE, Qatar, Bahrain, Kuwait, and Oman) have agreed upon this law and soon it will be implemented in all GCC countries.

The country which will deport the expatriate will take his or her fingerprints and share it with all GCC member countries. The system to share this kind of information is already in place.

It is important to mention here that GCC countries already have an agreement to not get through the expatriates who are involved in some criminal offenses in any other GCC country.

As a result of this, all countries share the information regarding passport details, fingerprints and other related information with other countries. If an expatriate runs away from Saudi Arabia after stealing money and it is reported to the police after his departure, he will not be able to enter any other GCC countries.

They have created a sound system to arrest such expatriates. If expatriate who is alleged to have a criminal case in any of the GCC countries applies for the visa of any other GCC country, they don’t stop or reject the visa.

In fact, they approve it and make arrangements to arrest him on the airport of GCC country. After that, that particular expatriate is handed over to the police of the country where he is alleged to commit the crime.

His name from the banned list of GCC countries is only removed when he clears the allegation against him in that country. 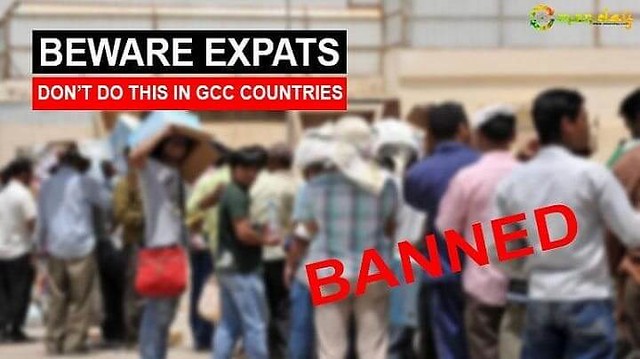 How to remove the GCC ban?

If the employer of some employee sets a huroob against him and then he is detained by the police, the ultimate arrangement is deportation. So, one should make all the efforts to remove huroob from his Iqama.

Furthermore, the expatriate is also deported if he is caught working for someone other than his Kafeel.