When it comes to choosing a font, there is so much choice that we will find ourselves lost in choice. We want to find one that is adequate for our project and fits the image we have in mind, and in fact, most of us think font names have been chosen at random and there’s no correlation between them (hint: it’s not true and I’m about to explain it). So do not despair, in this article we are going to give you some small tips on how to select the font that fits your project and how to distinguish the different types of the font so you don’t despair in trying to make a choice.

OK, so there are some categories that encapsulate and differentiate font types: they are called “typefaces.” There are four main types of typefaces: serif, sans serif, script, and slab. What’s the difference between these categories, so I can hurry to do my free font download? Well, it’s pretty simple:

-Serif: Probably the most traditional type, serif fonts are formal and elegant but still ornate. They are called “serif” because the letters usually have horizontal or vertical strokes or adornments in them (as displayed in the picture). They are typically used in newspapers and books, but they are decreasing in popularity, especially on the Internet, because some people consider them less readable than other typefaces.

-Sans serif: Similar to serif, but without adornments (as displayed in the picture). These letters are straight, no-nonsense, adornment free and give off a very cold, dominant, professional feeling. Their popularity is rising on the Internet because a lot of people consider them the easiest typeface to read. 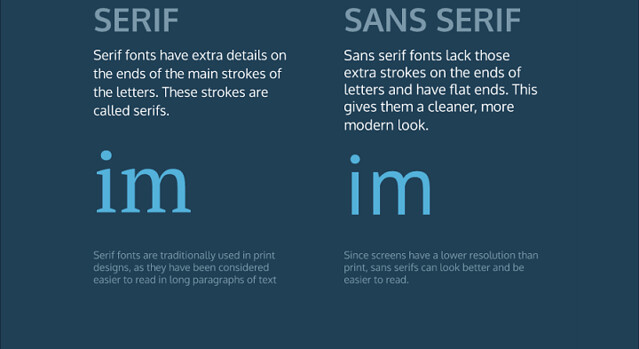 -Script: Full of round and slanted shapes, and the letters usually connect to each other. It’s called script because it tries to imitate the calligraphy of a human hand, and it’s the least popular of the typefaces on the Internet because it’s difficult to read and a lot of people consider it too warm, friendly, natural and approachable to give off a good image. This typeface is also commonly referred to as “handwriting font.” 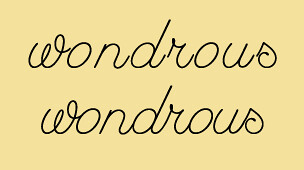 -Slab: They started out as a subtype of a serif typeface, but started to evolve and branch out on their own. They are characterized for somewhat ornate writing (like serif) but very thick stroke weight in all the letters, and they are often used in logos, headlines or whatever else that needs to be really bold. This typeface is common in advertising, but not very popular elsewhere: it is very bold, aggressive and eye-catching and almost screams at the user. 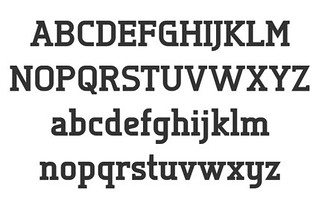 Now that you know a bit more about different types of typefaces, I must warn you that not every font has its typeface type added to the name, so it might be difficult to try to find a particular font that you like without knowing the name of the typeface; but that’s OK, you can always go to a website that allows free font downloads and searches amongst the typeface types, now that you know how they look like, their readability and what kind of feelings they convey: script typefaces are always going to be more cute, round and friendly and sans serif are always going to be muter and toned down.

Another tip: you can combine several fonts and several typefaces. Of course, some fit together better than others: if you used a slab typeface for a headline, maybe use a script type with it to offset the aggressiveness of it? Or maybe a serif one, since slab typefaces derived from serif fonts? What about combining serif and a sans serif to give a formal but not too exaggerated feeling? What about serif and a script for a very warm and approachable feeling that is still professional and formal?

So all in all, choosing the perfect font type for your project shouldn’t be too complicated: decide what kind of feeling or image you want to convey, find out the right typeface for it, and then research some nice fonts in that typeface! Just head to a website that allows you to download free fonts and start researching and tinkering with them!

Laws to know before driving a drone

How to select Noon locker to avoid delivery fee?

Everything you need to know about Connected TV