Extending sharply towards the sky from the jungles of Sri Lanka is the 7000+ feet peak of Sri Pada, which is also known as Adam’s peak.

The adam’s peak is considered sacred by followers of the 4 major religions on earth; Buddhism, Christianity, Islam, and Hinduism. 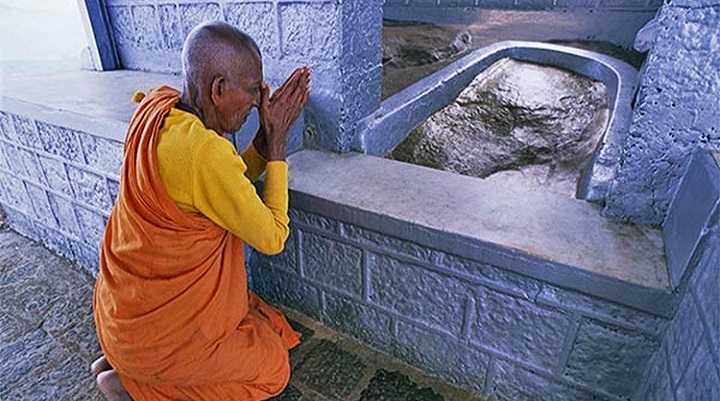 Is it the highest peak in Sri Lanka?

It is reported that when Prophet Adam عَلَيْهِ ٱلسَّلَامُ was banished from heaven, God placed him on the top of the mountain so that the shock could be minimal.

Early Arab seamen reportedly were so amazed by the peak, that they named it the highest peak in the world, even though it is not even the highest one in Sri Lanka. 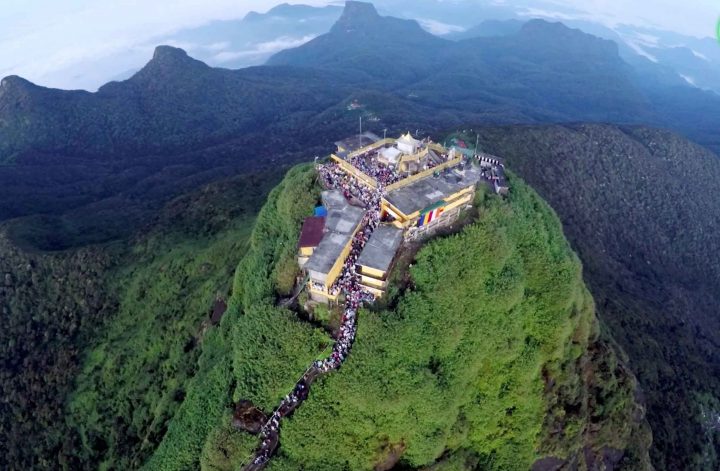 At the top of the peak, there is a small Buddhist temple and the Saman shrine which hosts a massive and intriguing footprint of Prophet Adam عَلَيْهِ ٱلسَّلَامُ.

The size of the Prophet Adam عَلَيْهِ ٱلسَّلَامُ footprint is 5’7” by 2’6” who was said to be 60 cubits tall.

Pilgrims give offerings in the shrine, usually in the form of a silver coil. This is done for health benefits and the rainwater collected from the footprint is said to contain strong healing powers.

Adam’s Peak is also known by some as Samanalakande which translates to the ‘butterfly mountain’ since a huge swarm of butterflies travels every year to the mountaintop for their final migration after which they die on the mountaintop. 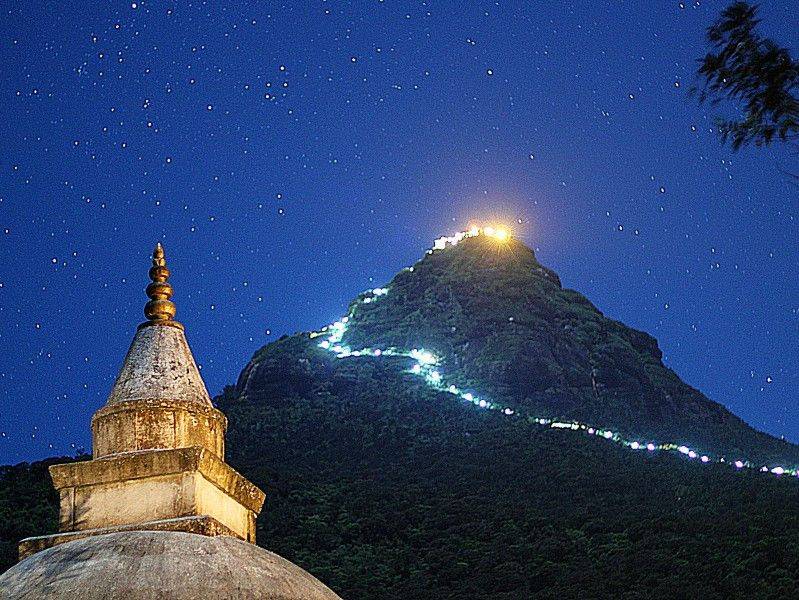 For the Hindus, the mountain is called Sivan Adi Padham, as they believe that this giant footprint was left by a dance performed by Lord Shiva.

In accordance with Buddhists, the real print is beneath the larger marking, which was imprinted on a giant sapphire by Buddha himself during his final visit to Sri Lanka.

The Christians believe the footprint to belong to St. Thomas who initially introduced Christianity in Sri Lanka.

However, Muslims believe that the footprint on Adam’s peak in Sri Lanka belongs to Prophet Adam عَلَيْهِ ٱلسَّلَامُ when he landed on this world.