A video was seen circulating social media where a man attacked a hospital nurse constantly hitting him with some sharp object that caused serious injuries to the nurse.

We can also see in the video (given at the end of this article) the attacker kept on thriving the paper-cutter to the nurse until his hands or fingers begin to bleed. The doctors on the duty rushed to save him.

At that time no one was familiar with the reason for the attack on the Al- Muwasah hospital nurse. But later the attacker was declared as mentally disturbed. The nurse was a Filipino, name Relandino was on his duty during the attack. 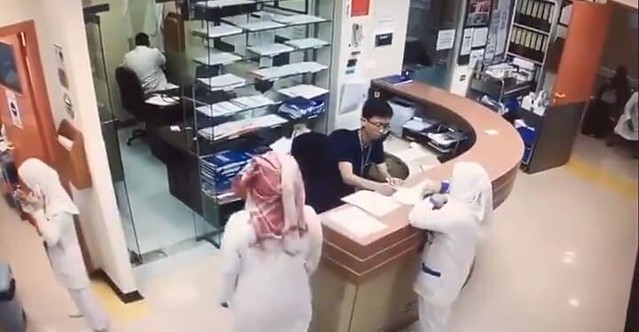 Dr. Adali Saeed, the head of the emergency ward of the hospital and who was also an eyewitness of the incident memorized the incident and said it happened on Thursday and I was in the nurse office where the attack happened.

I heard loud noises and rushed to push the attacker away from Relandino. The attacker managed to run away at that time but later he was chased and caught by the hospital guards. He said at that time he did not realize that his colleague was seriously injured.

He thought the attacker might have stabbed him with a pencil or a nail but the cuts seem deep and needed immediate dressing and that was given to him by the hospital. Now Relandino is on his way to recovery. He is under special care and given special attention from the hospital. 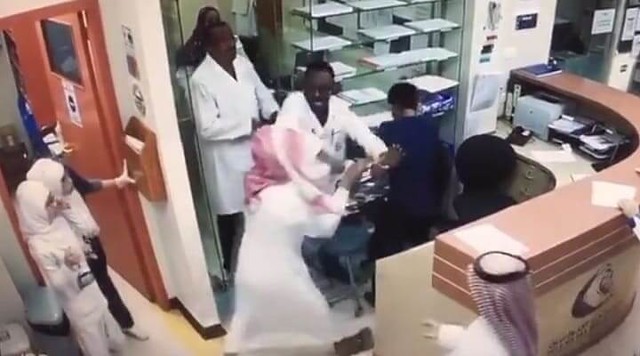 The doctor said saving Relandino was not something I gave a second thought, at that time I only cared about his safety. He disclosed that the nurse Relandino is working in this hospital with us for 3 years and he is always efficient in his job.

The attack incident really shattered his spirit but the support is given to him by us and the hospital community really helped him in his recovery.

Head of Madinah Health affairs, Abdul Hameed Al- Subhi personally visited Relandino with the Governor and the head of the municipality to ensure his safe recovery and to support him and let him know that the authorities are standing beside him and a really very concerned about his health. 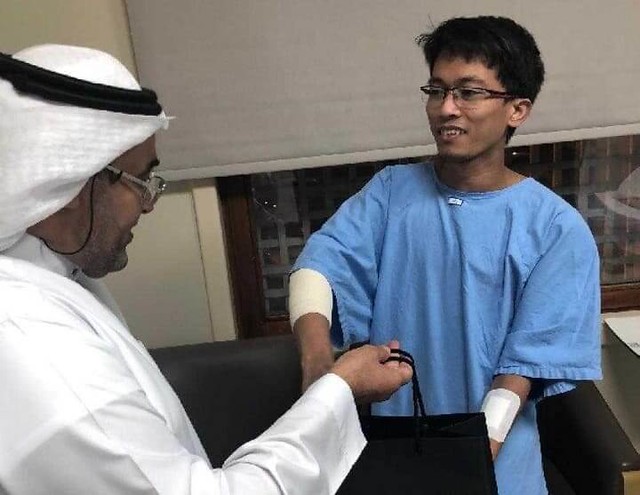 On the other side, the attacker’s family said that the man is suffering from mental illness to exclude him from his action.

However, people have demanded that the attacker should be admitted to a mental institute for comprehensive treatment and should be released only after a complete rehabilitation.

Saudi public portrayed Dr. Saeed Adali as a hero but he said according to him all that he did was totally normal and a sacrifice that anyone could give to anyone. You can watch the video below. However, since it involves graphic content, viewer’s discretion is advised.