He killed 2 and injured 5 people

26-09-18: In a horrific incident, a Filipino killed a Saudi manager and a Pakistani worker working in the Farsan Island unit of the Saudi Electricity Company located in the southern province of Jazan. He stabbed both of them to death.

Five of the other coworkers got injured too who tried to stop the killer. The police had to open fire on the attacker, who was already very injured to stop him from killing others.

Why did he attack them?

Sources state that the murderer who was a Filipino migrant worker was terminated from the job. The witnesses reported the incident in detail that both the Pakistani worker Arbab Ahmed and Philippine national were in the labor camp when the dispute started.

Pakistani worker while running for his life went towards the SEC office with an intention to take refuge in the Saudi manager Naseebi workplace. However, he was already stabbed before he entered the Saudi manager’s office. 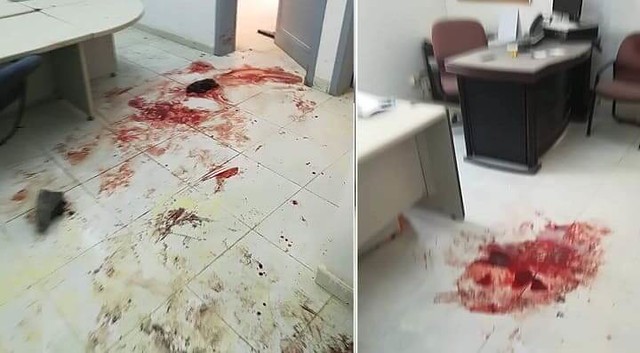 The 56 years old Saudi Manager Naseebi was brave enough to face the situation, came out of the room and tried to save the Pakistani national. He tried much to separate both the men but unfortunately, during the fight, he was also being stabbed by the Philippine national.

It is reported that during this process, he was stabbed at least 7 times by the Filipino worker on his chest and throat which caused his death. The Pakistani worker also lost his life. 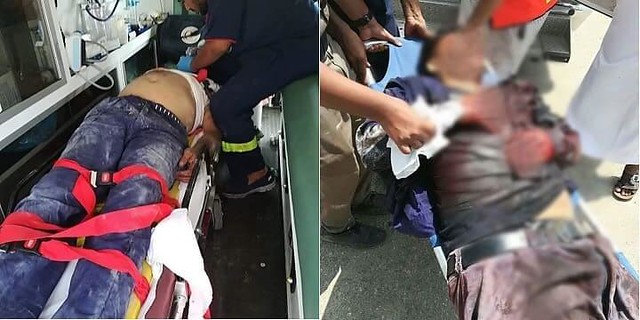 He injured 5 other workers

The other workers locked the doors so that he could not escape.  However, the Filipino killer during the rampage released the fire extinguisher liquid on the other coworkers who tried to stop him. In this process, he injured 5 other co-workers in the office.

According to Pavitran, an Indian worker who has known the manager for long recalled Naseebi as a very friendly person.

The Police were called

As soon as the fight heated and took a violent turn, the other coworkers called the police to the SEC office which didn’t take much time to arrive. When the police arrived at the scene the murderer refused to surrender and started to attack others again.

To control the situation, the police finally had to open fire on him so that he could not kill or injure others. Due to gunshots the Filipino got injured and lost his life too.