Home Social Issues Ramadan Do you have to fast while traveling in Ramadan?

Do you have to fast while traveling?

A person who is traveling is exempt from fasting and allowed to offer shorter Salah (known as Qasr) if;

Qaza for fasting: If you skip fasting during travel, you will have to fast for one day after Ramadan to make it up. 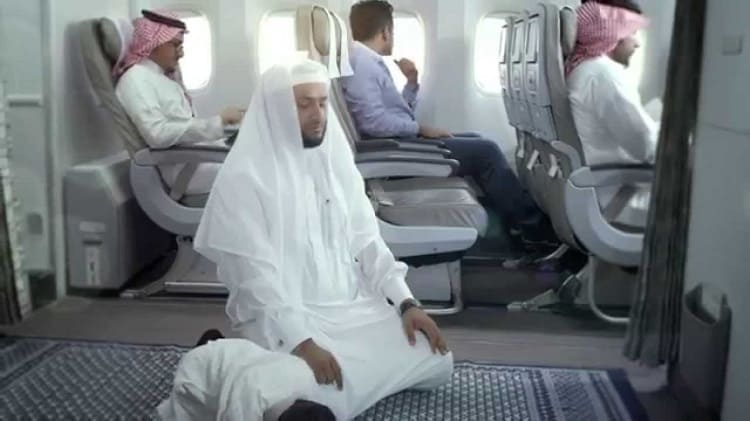 Most Islamic scholars believe that the minimum traveling distance that exempts one from fasting is 80 kilometers or 48 miles from the border of the city.

In other words, if a person travels for more than 80 km e.g. from Jeddah to Madina, he is a traveler and hence allowed to be exempt from fasting.

Is it Haram to fast while traveling?

Now we have learned that keeping fast is optional. However, it is Haram to fast while traveling if it causes unbearable difficulty.

Prophet Muhammad ﷺ went out to Makkah in the year of the Conquest in Ramadan. He fasted until he reached Kura Al-Ghamim, and the people fast, so he called for a vessel of water after ‘Asr and drank it while the people were looking on. Then some of the people broke their fast and some continued to fast. He heard that some people were still fasting and he said: ‘Those are the disobedient ones. – Sunan an-Nasa’i 2263

How to fast when traveling?

If a person travels from Saudi Arabia to India in the month of Ramadan, when shall he open his fast, which country shall be used as a reference country for the number of fasts?

It means that you have to respect the timings of the area you are currently present for Suhoor, Iftar, Ramadan, and Eid.