Unemployment issue in Saudi Arabia: There are certain problems within the Kingdom of Saudi Arabia that not every man can grow past and move on from. Amongst them is the issue of poverty and being unable to work and provide his family with the basic necessities that we humans are entitled to.

Like most of us, we work for an ever-growing career that is bound to benefit us. Though, despite all the efforts that are made by the government of Saudi Arabia over the decades, trying to eradicate poverty and offer jobs to the jobless, there are still many who fail to be even called Saudi citizens.

He killed his entire family: One such is the case of a man from the region of Sharurah that is situated in the southern part of the Kingdom near Najran who murdered his entire family. The man had first killed his wife and then slaughtered his kids, out of which three of them were boys and one girl.

The incident was so shocking that when the police were informed, they immediately rushed over to the scene of the crime to find the body of the woman in a pool of blood inside the kitchen. The children were in one of the bedrooms, with the oldest child being 11 and the youngest only 2 years of age.

He killed them to stop their sufferings: The Prince of Najran, Meesha’al Bin Abdullah called for a complete report of the incident. He wanted a full report over the possible reasons and motives for murdering the family.

It must have been so difficult for the husband to murder not only his wife but his own small children? After interrogating the man who came to the police station to confess his crime, it became known that he killed his family so that they wouldn’t have to suffer. 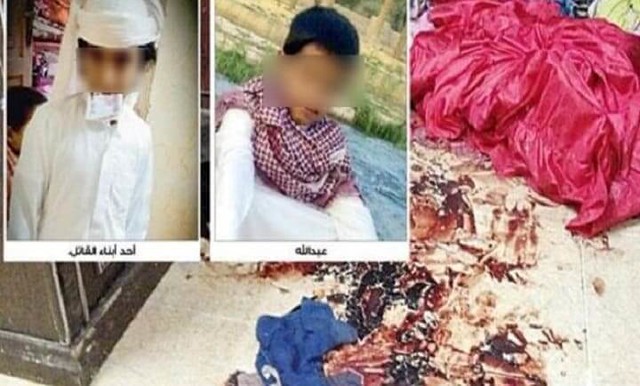 He was a Badoon: The man also made clear of how he murdered each and every single one of the family by 12 noon and then came to the police station to confess the crime by 7 pm that day.

The man wasn’t given the Saudi citizenship and therefore was called “Badoon” which means a stateless person. He had applied for the citizenship but wasn’t given one and he didn’t want his family to suffer from poverty and hunger so he found it easier to kill them instead.

It can’t be said who was at fault. Due to the postponed procedure of being offered a Saudi citizenship, a man was bound to take the life of all those he loved because he didn’t want them to suffer or have a future filled with hardships.

Perhaps, the man was lying and he was mentally upset to commit such a massacre. It can be said that if there were certain programs that could help the poor in the small cities and regions, this could have been avoided.