An Arab expat has been arrested on charges of physically assaulting an infant boy, and later attempting to commit suicide.

A 19-year-old Syrian woman living in Saudi Arabia has stated that her husband has been beating on the child and causing him to harm ever since the day he had been born. According to the Syrian woman, the husband is 25 years old.

The Syrian woman has added that she never understood why her husband would cause physical harm to his own flesh and blood, his own son.

She stated that she was extremely scared of her husband and she had not told any of her relatives about the incidents which used to take place as she was also afraid that her son would be taken away from her.

The Syrian woman says that she is an orphan who had lost both her parents; hence she had heightened insecurity about losing her only son.

However, everything got too much and she finally decided to report the 25-year-old husband as the intensity of the violence and abuse had increased significantly.

She stated that the last time that the husband physically harmed her son; the infant boy was left with bruises all over his body and even had a fractured skull. 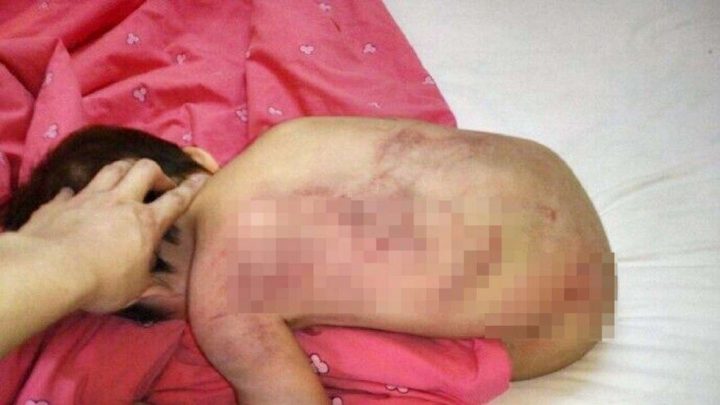 The mother of the infant stated that during the incident when she claimed to report her husband, the husband was biting his son with full force and the wife had no choice but to call her sister, who then told her husband who finally informed the police.

The injured infant boy had been taken for treatment to the King Khalid General Hospital.

The husband eventually tried to commit suicide by drinking a deadly concoction of various chemicals known to be poisonous to humans.