The Saudi Kingdom is well known for strictly implementing its law on its citizens as well as expats just for the benefits of its residents and anyone who violates its law is punished according to the law. However, still, there are several black sheep who think they can easily violate Saudi law and can easily escape from the authorities.

The Saudi health Department is very much concerned about the health of its people and this is the very reason they are very cautious while granting a license to unqualified doctors or physician.

Still, there are several fake physicians and doctors who manage to open their unlicensed clinic just to trick people and earn some pennies for their own good and causing harm to other. One similar incident is reported below, how an expat physician managed to cheat people for 15 years.

After his arrest his apartment turned clinic has been shut down and the case is under investigation. Sultan Al-Mahmadi, the Director of Compliance department declared the man as a fake physician and a 66-year-old Lebanese man.

Initial interrogation stated that he had been practicing this profession for 15 years. His apartment featured some medical certificates, he obtained from anonymous sources. The fake expat physician practices were neither approved by Saudi Commission for Health Specialties nor was he licensed to practice any health-related profession.

The man is accused of violating Article 28 of the Law of practicing Health Care Professions. Sultan Al- Mahamdi further said the man and his practices were being monitored since May 12, 2017, after they were informed by malpractices in the apartments.

The Fee: The fake physician was receiving six to seven patients per day and he used to charge them SR 500 for every new patient and SR 300 for his regular patient. The apartment is now shut down and is investigated.

If we assume that he had been taking SR 500 from every patient and attending 5 patients a day, his monthly income was not less than SR 75,000 from the illegal business.

The Therapy Room: The concerned authorities said inside the apartment there is a room that is dedicated to manual therapy and there had been papers used for preparing invoice and medical reports stamps for crediting these reports.

Besides all these, there was a large number of lab tests results and X-rays which were requested by him for his patients. The apartment was further equipped with medical devices and machines used for physical therapy. 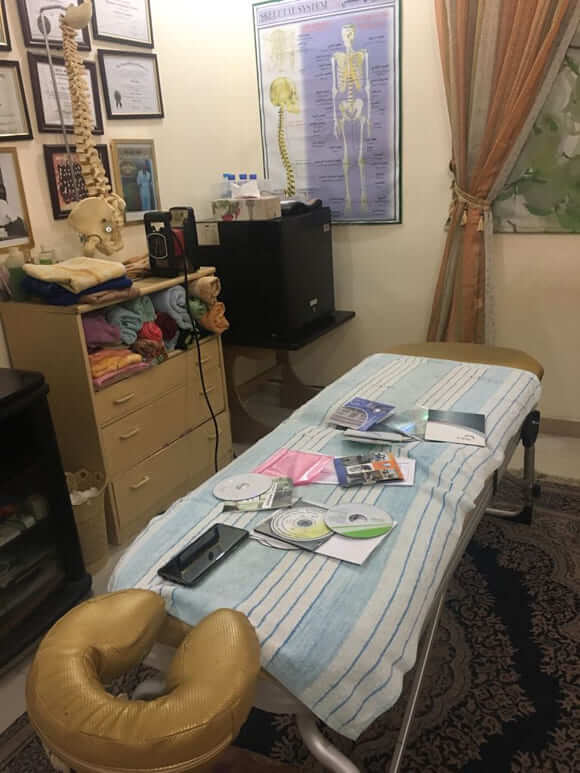 Warning: After the authorities arrested him, Jeddah Health Department urged its citizens and residents to remain cautious and beware of getting deceived by such practices because such fake practices cause more harm than good.

Furthermore, the Health Department said it will not hesitate to arrest violators who manipulate and deceive people who are in need of treatment.