We all know that Saudi Arabia recently relaxed some coronavirus restrictions in the country allowing several shops and firms to operate following the precautionary measures set by the authorities.

However, according to the rules, the barbershops, saloon, entertainment centers, health clubs, cinemas, sports clubs were not allowed to reopen until the next orders.

At this phase, the most important thing for the public is to follow the rules and regulations. Although they are meant for the safety of the country and its people including us. However, the continued restrictions on the barbershops and saloons have worried them to earn their livelihood.

He could be fined with SR 500,000 and deported from Saudi Arabia with a lifetime ban to enter back the country. 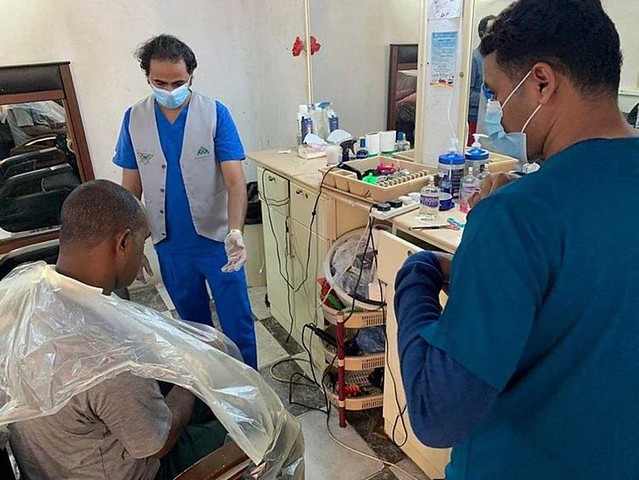 Nayef Bin Manahi, the Head of the Jizan Municipality claimed that the expatriate has been arrested and the authorities have confiscated the shop and also the tool in it. Legal action has also been initiated against the expat barber.

Nayef Bin Manhai also assured that the Saudi authorities check the shops and firms regularly to check the implementation of precautionary measures to stop the spread of viral infection.

He claimed that the objectives for this checking is to stop the transgression, overstepping regulation, and also imposing municipal fines on violators.

In the end, he also urged the public to play their role in the protection of the country by reporting municipal violations for legal actions.