Emirates flight EK729 was preparing to load passengers for Dubai at the Entebbe airport in Uganda, all of a sudden a female crew member fell out from the plane and sustained serious injuries all over face and knees.

Uganda civil aviation authority launched an investigation into the unfortunate incident. Nobody could guess what happened at that time and why she jumped off from the plane or was she pushed out from the plane? 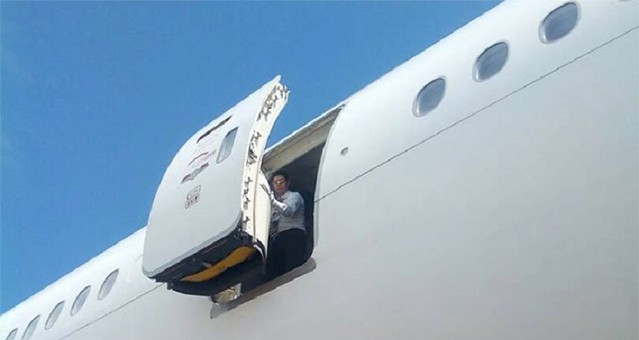 After the incident, Emirates Airlines released a statement confirming the incident. They said the member of the Emirates Crew, unfortunately, fell off from an open door of the plane while preparing the aircraft for boarding on a flight from Entebbe to Dubai. 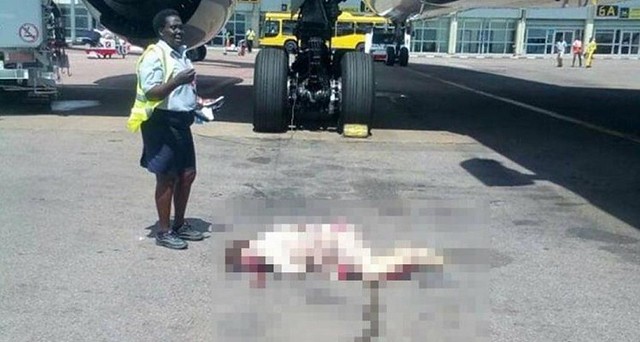 It further said that the injured crew member was shifted to the nearest hospital (10 miles away) and was provided with all possible support and care.

She was found unconscious but alive and was taken to the hospital in an ambulance but later her death was confirmed in a statement from the hospital saying that she died after reaching the hospital. 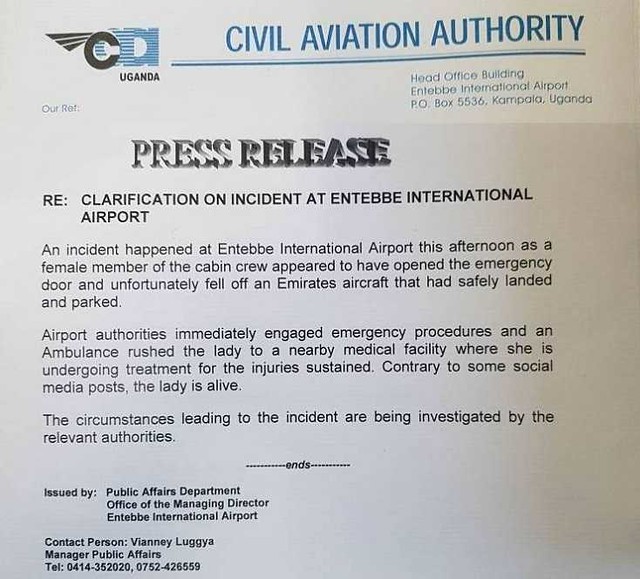 The Emirates airline assured their full co-operation to the authorities to investigate the incident. The family of the deceased crew member will also be taken care of.