Innovation and technology have revolutionized things we use on daily basis. If you look around yourself, you will be amazed to see technological advancement. Things you are equipped with now didn’t even exist decades before or even if they were, they weren’t in this shape.

Technology and innovation have taken things by storm. Inventions are always amazing. Now, look at this illuminating prayer mat! This is certainly amazing. Who could have thought of technologically designing a piece of cloth, that we use for praying? But Soner Ozenc did and it is great.

He poured innovation into the traditional praying mat and came up with one that lightens up when one faces Makkah. Muslims make up a good population statistic, there are 1.6 billion Muslims around the world. Muslims offer their obligatory prayers 5 times a day on a praying mat.

They have to offer their prayers while they face Qibla or Makkah. If you are in a new place, city or country, it becomes difficult to establish the Qibla Direction. However, this illuminating mat, that has a great design on it, tends to brighten up when it is directed towards Makkah.

Ozenc named it as El Sajjadah. EL is an abbreviation for Electro Luminescent while sajjadah is derived from the Arabic language which means the prayer mat. This illuminating mat is really handy as it has an inbuilt digital compass that will help find you the Qibla direction.

One has to feed in their location manually to get proper directions. The digital compass and manual location help the mat in getting Qibla directions. Looking at the design of the mat, it depicts a lot of Islamic information. 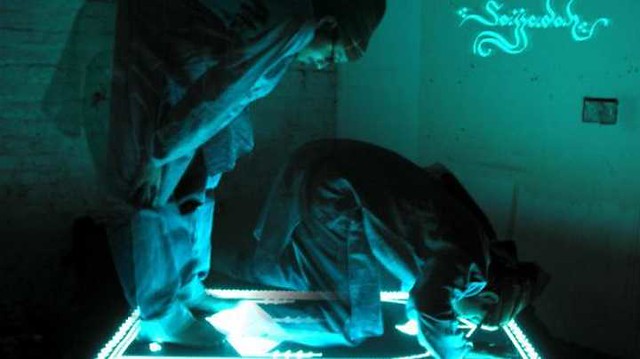 El Sajjah has been intentionally kept in Black Color

Its base is kept black to signify the color of Holy Kaaba. There is a mosque imprinted on the mat, the mosque architect has been inspired by Istanbul’s Blue Mosque. The green Motif that gives out light signifies that green is the color of Islam.

The pattern on the Mat represent the story of life, say Ozenc. The snake pattern on outside border represents hell. The black rectangle inside is the heaven. He says he was initially working on the flying carpets project but ended up with the praying mat that gets illuminated. 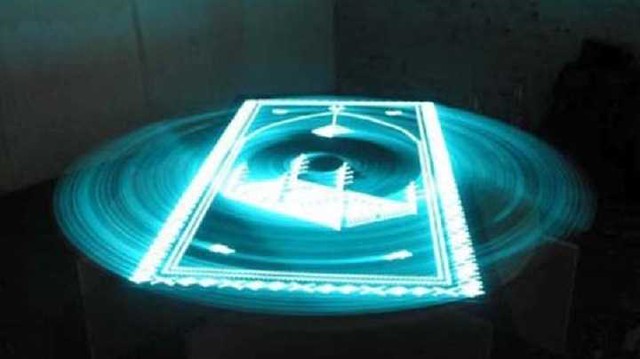 It has caught the attention of many Muslim Bloggers

Even though no promotions have taken place of El Sajjadah, it has caught the attention of many international blogs. It has experienced exhibited in different countries namely: Turkey, Kuwait, Australia, UK, South Korea, and Japan.

The Museum of Modern Art in New York has bought a copy of it to make it a permanent part of Museum collection. It was placed in the museum last year. The illuminating mat was a project undertaken by Ozenc who is the UK, based designer 6 years ago. 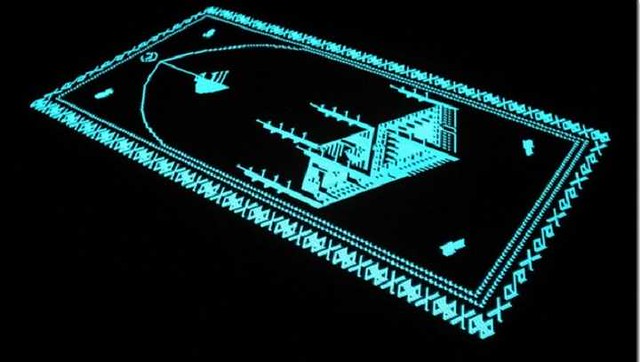 Fortunately, no criticism on El Sajjadah

He has been able to inject technology into religious equipment. So far, his innovation has not raised any criticism. People, mostly, hesitate while advancing religious equipment as they fear that people would mind it. However, Ozenc is one of those who did it and is in the safe zone.

Not only the mat can be used for prayers, but it can also be hung on the wall. It looks a beautiful piece of art while it is displayed on the wall.