A very strange incident was reported from Cairo where a young person was moved to a hospital complaining stomach ache. The reason doctors found for his stomach ache was quite peculiar.

The head of the surgical team Dr. Amjad Fouad announced that the medical test of the patient revealed the presence of a set of cutleries and some unidentified objects inside the patient’s stomach.

The 20-year-old patient was mentally ill, he was suffering from brain atrophy. Immediate surgery of the patient was carried out. To their amazement, they found twenty spoons, four forks, a gold ring, some jewelry, seven toothbrush and some other strange objects in the patient’s stomach. 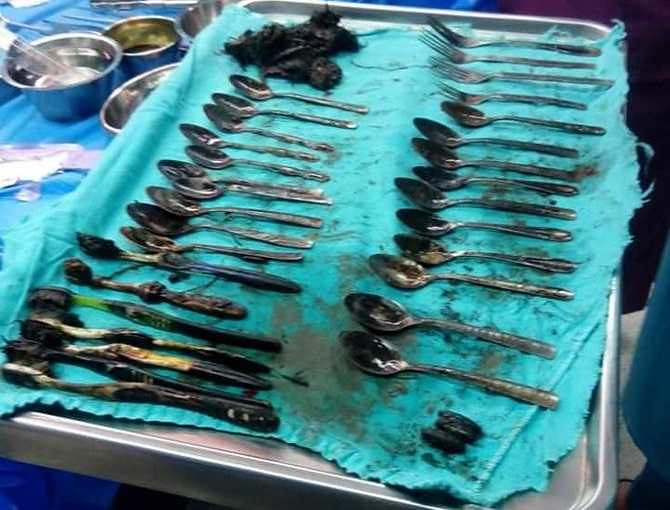 What is the condition of the patient now?

All the things were recovered from the patient’s stomach and he is in stable condition now. Now the question arises, how all these things got into his stomach? According to the surgeons who carried out his surgery at Egypt’s Mansoura University’s Gastroenterology center claimed that he must have swallowed all the objects in six months and since that time he has been carrying all these things in his stomach.

The mother of the patient too disclosed that she noticed the disappearance of a large number of kitchen utensils, her jewelry, but she was unaware of the fact that his son might have swallowed these things.

Medical staff also claimed that the young man underwent two-hour-long surgery and now he is placed under medical supervision for observation.