A blue-collar worker contracted the virus

Rajesh Lingaiah Odnala resides in the Indian city of Hyderabad. He was infected with the virus in April and was admitted to the Dubai Hospital on April 23.

Rajesh is a blue-collar worker living and working in Dubai to earn a better livelihood. Unfortunately, he contracted the virus that took him 80 days to get recover. This ended up raking the hospital bill to a large amount. 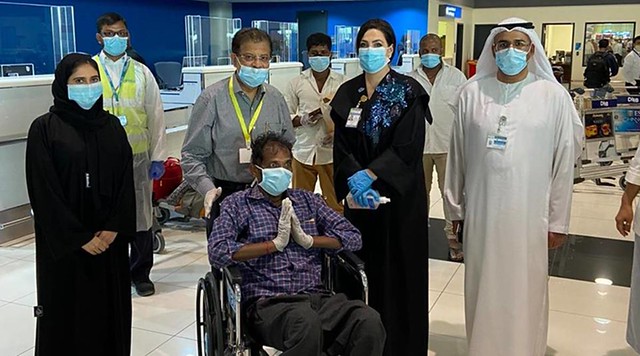 After Rajesh got finally cured of the infection and tested negative for Covid-19. His family wanted to repatriate him but was unable to do so because of the massive hospital bill. There was no other way left for them except to plea the hospital to wave of the bill.

An appealing letter for waiving off the whooping bill

Hence the family contacted the Indian consulate to help them in this case. He wrote an appealing letter to the hospital pleading them to waive off the bill on a humanitarian basis.  The consulate in the letter wrote,

“As per the latest medical reports, we understand that Rajesh has recovered from the illness and tested negative for the virus in condition for discharge. His family is requesting to repatriate him to India at the earliest but have also expressed their inability to pay the bill.”

A great deed of Kindness by the Dubai Health Officials

As soon as the hospital received the letter, they showed a kindful deed by responding positively to the consulate’s letter. The hospital discharged the patient without any charge.

The consulate and the family were grateful to the Hospital and the Dubai Health Authority.  They showed a great humanitarian gesture of waving off his bill and allowing him to travel back to his country.

Air India Express ticket was arranged by the Consulate for Rajesh Odnala free of cost and he was able to fly back to India on July 14.