In 2000, a man saw a dream sleeping in Masjid Al Khaif in Mina while he was there for Hajj that he is performing Tawaf of the Holy Kaaba alone.

It was an impossible dream to come true

He also went to Sheikh Muhammad Al-Rumi who told that the interpretation of his dream is that he would be performing the tawaf of the Holy Kabah all by himself. This looked impossible at that time.

As from 20 years now no one could even imagine the current situation. Why would authorities arrange a special tawaf for him? He is no king, he is just an ordinary man! 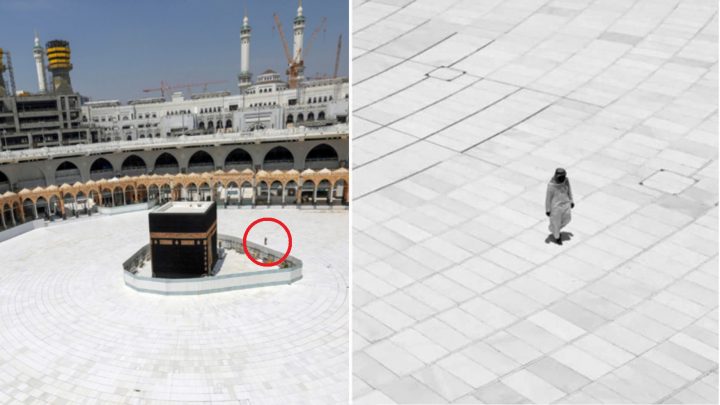 Yet, many of the interpretation by different scholars was the same. He was worried and the dream never came true. Nevertheless, after 20 years the dream did come true.

Following the pandemic, there had been restrictions on the number of people visiting Masjid al-Haram. Only the locals were allowed. Thus allowing the dreamer to perform tawaf alone.

The picture was then shared by Sheikh Ahmad Al-Khudayr, with this informational update.