Home Islam Dream Meanings What does it mean to see a snake in a dream?

Seeing a dream where a big black snake bites you, or you kill a snake in your house is neither good nor bad, it has a special meaning in Islam.

1- According to Ibn Sirin رحمة الله عليه, seeing a snake in a dream represents a hidden enemy. Whatever you see in the dream happening between you and the snake can be implied to your enemy. 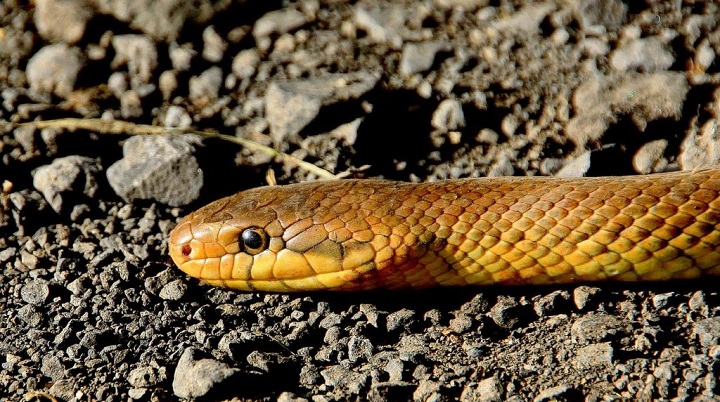 2- Seeing a snake inside your house in a dream means that there is someone in your family who is acting against your interests (enemy).

If a person sees a dream of a snake leaving his house, it is interpreted as to its destruction or demolition as per Islam.

3- Winning a fight from a snake in a dream means that you will win a fight against your enemy and vice versa.

4- As per Islam, the meaning to see a dream where a snake bites you is that the dreamer will face losses against an enemy.

5- As per Ibn Sirin رحمة الله عليه, the greatest dream interpreter of Islam, killing a snake in a dream means overcoming your enemy.

6- Eating a snake in a dream means that you will take financial gain from your enemy. Eating the meat of a snake means that the person will be able to gain the assets of his enemy.

8- Seeing a dead snake in a dream means that Allah will take away his enemy’s negative impact.

9- As per Islam, the meaning of a dream also differs depending upon which color of the snake is seen such as black snake means a powerful enemy such as an army/police, etc.

10- According to Jabar Maghrabi رحمة الله عليه, seeing a dream where a snake is coming out of nose, ears, breast, vagina or penis means that his children will be his enemies.

11- If you see that the snake has not bitten you in a dream, it means getting safety from the enemy.

12- According to Khalaf Asfahani رحمة الله عليه, seeing a dream where the snake is getting out of your mouth and then going into land means that the dreamer will die soon.

13- As per Islam, seeing a dream where a big snake or dragon has eaten you indicates the death of the dreamer.

14- There is an incident related to the dream of seeing a bag full of snakes. Once a man dreamed he was carrying a bag filled with snakes and scorpions and on asking its interpretation, Ibn Sirin رحمة الله عليه asked him that he had that something that caused the wicked people to hate him.

He said yes, I have been appointed by the Sultan to collect taxes from the Arabs and this caused people to hate me.

15- A dream of being a snake means being contemptible against his own religion.

16- Seeing yourself half-snake and half-human in your dream means you will be able to neutralize half of your enemy’s power.

17- If a sick person dreams of himself sitting with snakes, it means that he will recover from his illness and lead a long and happy life.