Seeing women’s private parts, having a male organ, or someone showing you their private parts in a dream has a special meaning in Islam.

Seeing a male organ in a dream

1- According to Ibn Sirin رحمة الله عليه, the increase of penis size in a dream represents power, wealth and the birth of more sons.

2- If a man sees that his male organ is injured or amputated in a dream, it is an indication that one of his sons will die during his life. 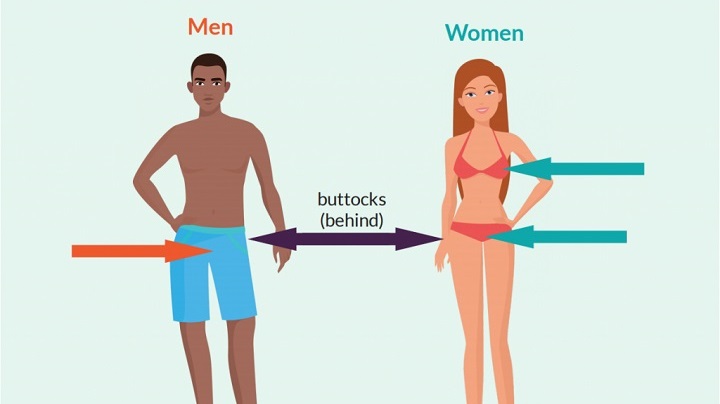 3- As per Islam, seeing a dream where a man has given his private parts to another person is an indication of having a bastard son from his wife.

4- Seeing a dream where you are peeling the skin of the male organ means that one of your sons would be cruel to you.

5- According to Prophet Daniyal عليه السلام, having two penises in a dream represents the birth of a baby boy.

6- If a man sees that his male organ is not erecting in the dream, one of his sons will get sick.

7- An erected male organ in a dream shows power, strength, and financial gains.

8- As per Islam, if a man sees blood coming out of his private part in a dream, he will have intercourse with a woman during menstruation.

9- If a man sees sperms coming out of his male organ in a dream, he will make halal income according to the volume of the sperms.

10- Seeing someone sucking your male organ in a dream means that the dreamer will have benefit from that person.

Woman having a male organ

1- If a pregnant woman sees that she has a male organ in a dream, it means that she will give birth to a baby boy who would not survive.

2- If a normal woman sees that she has a male organ in a dream, she will get pregnant.

3- If a woman sees that she has an injured male organ, it means that one of her sons will die during her life.

1- If a man sees a woman’s private parts in a dream, then it is suggestive of the fact that the person remains pious among the people, but his inner devil rises at the night.

2- If a woman sees that her vagina is injured, she will succeed upon her enemies. She will get benefit from the person who has injured her private parts.

3- If a woman sees that blood is coming out of her private parts in a dream, she will have intercourse with her husband during periods.

4- Puss coming out of the vagina in a dream represents a pious baby boy.

5- If you find yourself looking at the vagina of an old woman in a dream, such a dream signifies a loss in business.

6- According to Ibn Sirin رحمة الله عليه, if a man sees that he has women private parts in a dream, he will face disgrace and humiliation.

8- If a man sees in a dream that a woman’s vagina is on her backside, it means that she likes something which is forbidden in Islam.

9- A dream where one sees that he/she enters the womb of a woman through the vagina indicates his death.

10- A dream where the vagina is turned into iron or any other metal which shows that the woman will be hopeless about the fulfillment of her desires.

Seeing Testicles in a dream

1- According to Ibn Sirin رحمة الله عليه, seeing a dream where your testicle size has increased due to any reason implies that he will earn a lot of money but would remain under the threat of an enemy.

2- The reduced size of the testicles in a dream has the opposite representation.

3- Seeing a dream where a man is tied with his testicles means that there will be problems in every task he performs.

4- According to Jabar Maghrabi رحمة الله عليه, seeing a dream where your left testicle is missing represents the death of the dreamer.

What does it mean to eat food in a dream?

What does it mean to see a doctor in a dream?

What does it mean to see a Sword in a dream?

What does it mean to see a crow in a dream?

What is the meaning of stealing in a dream?

What does it mean to see a river in a dream?