Seeing yourself entering the mosque, praying in the Masjid or building it in a dream has a special meaning in Islam.

1- According to Ibn Sirin رحمة الله عليه, seeing yourself or someone building a mosque in a dream has a meaning that that person will work for Islam and motivate others to follow the path of righteousness.

2- According to Jabar Maghrabi رحمة الله عليه, seeing a dream where you laid foundation of a masjid represents getting married.

3- Seeing yourself turning off the lights of a Moque in a dream indicates that the dreamer will see his sons dying. 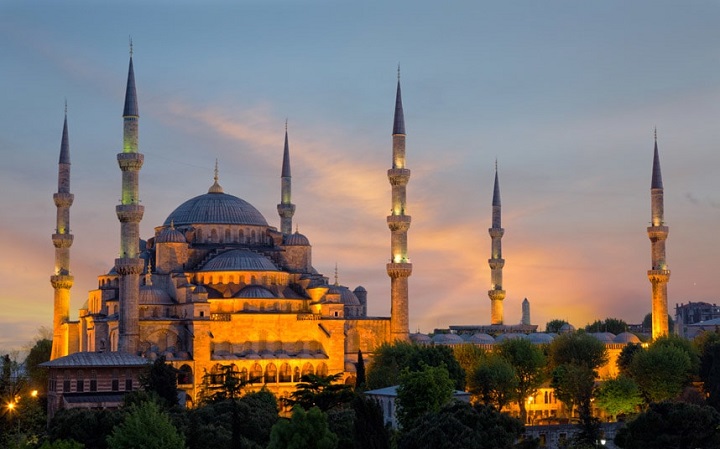 4- According to Islam, seeing yourself being stopped by someone from entering a Masjid indicates that this person will be cruel to the dreamer.

5- According to Ibrahim Karmani رحمة الله عليه, seeing yourself praying in the mosque while not facing Qiblah does not have good meanings as per Islam.

6- Seeing yourself washing your hands and face in a mosque has a meaning that the dreamer will spend his earnings in the Masjid or in the right path of Islam.

7- According to Jafar Sadiq رحمة الله عليه, seeing yourself entering a mosque has a meaning of safety and security in Islam.

8- Seeing a stranger praying in a local mosque indicates that the Imam of that Mosque shall die of a fatal disease.

9- Seeing yourself in a dream digging a hole in the Masjid represents that the dreamer will get married.

10- If one’s own house is turned into a mosque in a dream, then the person will be blessed with purity of soul. He will work for Islam and motivate others to follow the path of righteousness.

11- Seeing a dream where a masjid is converted into a bathhouse, has a meaning that the dreamer will deviate from the right path of Islam.

12- If a masjid is turned into a shop in a dream or a shop into a mosque, then it means that the person earns Halal income.

13- A masjid being demolished in a dream represents that a man of knowledge (Aalim) will die.

14- To die in a dream at a mosque shows that the person will die while his heart will be full of Iman.