Home Latest News Double Tragedy: Saudi Mother passed away after listening to death of her...

The saddest moment in the life of a mother: Mothers are always closer to their children than any other person. Mothers are the ones who take more care of their children and are more sensitive towards them. If a child gets a bruise, a mother can feel the pain.

If the mother is so emotionally attached to her children, can she bear the news of her child’s sudden death?  The most saddening news would indeed be a child’s death for a mother. Some mothers are strong and can get through the trauma, while others cannot.

A tragic incident: When mothers cannot withstand the news of their child’s departure, the family has to go through a double tragedy! A very tragic incident took place in Saudi Arabia this Ramadan. A young boy named Hassan Ahmad Al-Hassan died while playing football.

Al-Hassan was a bright student studying architecture in California on basis of a state scholarship.  According to the reports, the young boy was playing football with his friends when he suddenly fainted and collapsed. He was taken in an emergency to the hospital. 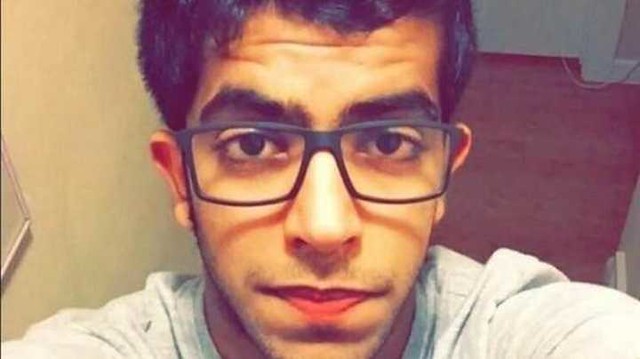 He died due to low sugar level: Yet everyone was shocked to hear the doctor saying that what they had brought was a dead body! Yes, Hassan had died on his way to the hospital. The doctors carefully examined the cause of the sudden death of Al Hassan. The doctors revealed that the boy had died because of a low blood sugar level.

The boy’s body would be sent to Saudi Arabia to be buried here. His body was expected to arrive at King Fahad Airport located in Dammam. However, none of them knew that they had to bury two souls of the same family on arrival of Al Hassan’s dead body.

The mother passed away within 2 days: Two days later when the mother was breaking her fast, she reported that she felt weak, fragile and exhausted. This information has been given by a relative. The mother was then taken to the hospital of Al Ahsa region located in Eastern Saudi Arabia.

She breathed her last in the hospital and died. She died of the sorrow of her son’s death. How can a mother welcome her dead son at the airport when she had been dreaming of welcoming him after his accomplishment of his studies?

No mother is so strength-full! The double tragedy indeed has left everyone in a great shock. The family was in a state of shock to hear Al Hassan’s sudden departure from the world and now they are in a deeper shock.

Where burying a dear one is difficult, burying two of the same family is the most difficult thing. The family has gone through a lot of emotional trauma. The people, through social media, have expressed their sentiments over the double tragedy. They have prayed for the family and the departed souls.

We pray that Allah Almighty gives the family, friends, and relatives the strength to overcome the pain of the loss of the two souls. We pray for the very best for the family. We also hope that both mother and son enjoy the highest rank in Jannah! Ameen.