The dome of the rock is located in Palestine and is part of the Masjid Al Aqsa. Many people wrongly believe that it is Masjid al Aqsa, but actually, it is only a part of it. Here are some facts about the dome of the rock.

Famously known as Qabbatus Saqqara, the dome of the rock was built by the Caliph named Abd Al Malik. It is believed it must have been built between 688 to 691 CE. It protects that sacred stone through which the Prophet PBUH rose towards the heavens. 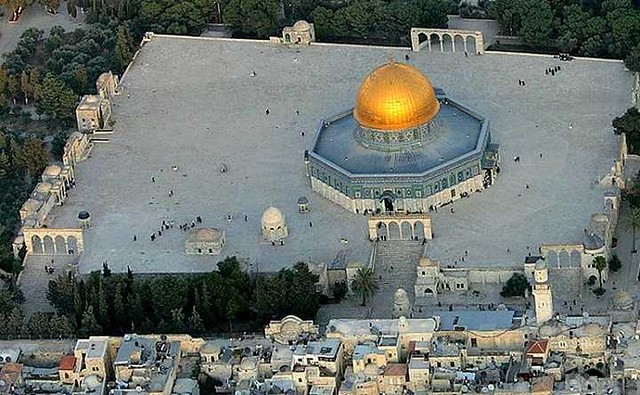 The dome of the rock which is octagonal in shape is a masterpiece, one of its own kinds. The base is carved out of marble while the rest of it is made out wood.

The dome is placed at a height of 25 meters and is completely covered in gold. The 8-sided dome has a door on four of its side. On every side, seven windows are placed.

Great mathematical consideration has been made while constructing the dome. The diameter of the dome is 67 feet and so is the height of every wall and the distance between the base and the drum. The interior is delectably made using various architectural techniques such a mosaic, marble and carved out verses. 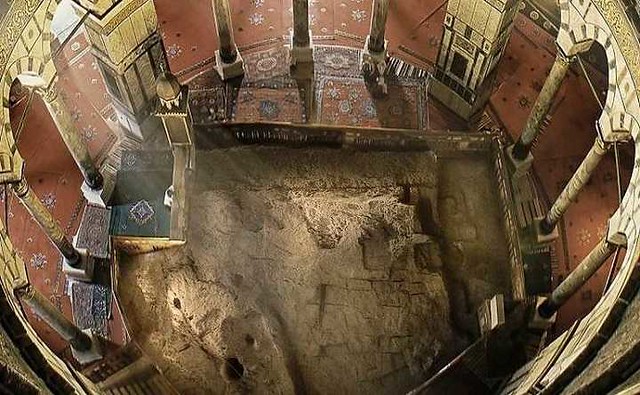 The Crusaders were able to take over the city of Jerusalem. They also took over the dome of the rock and named it as Templum Domini. They made various alterations to it: they placed a cross over the dome, they covered the sacred rock and used it as a table and covered the Quranic verses with their Latin texts.

For 87 years things remained the same: the Muslims and Jews were not allowed to reside in the city conquered by the crusaders.

Ibn Kathir reveals that once the Muslims were able to regain control over the city under the leadership of Salahuddin Ayyubi, they restored the dome and other shrines to their original. The Muslims took down the cross that was placed by the crusaders, cleaned the dome and the originality of the dome was restored. The city echoed with “Allah o Akbar”

The tile work that makes the external even more beautiful was done on the orders of Sulayman II Qanuni, who is famously known as the Sulayman the Magnificent. The tile work is a unique one, 40, 000 tiles were heated so that Surah Yasin could be in-scripted on it.

The inner carved verses at the arches and the arcade are those which are directed towards Christians. These verses warn them not to build false against Allah and not to associate anyone as His son. The verses are from Surah Nisa. The ceiling is decorated using intense colors and designs. 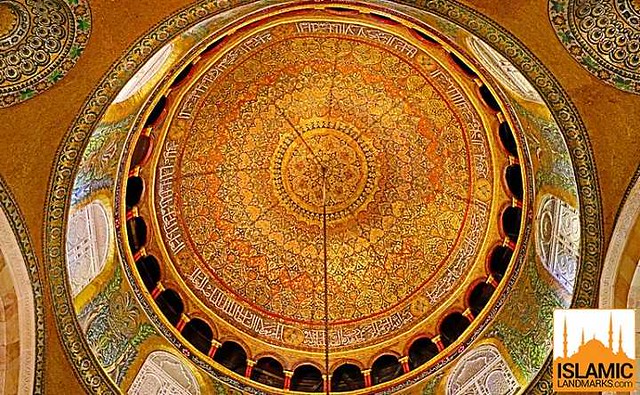 A mihrab is also present inside the dome of the rock. The dome was first made out of gold, later replaced by copper and the current one is made up of aluminum. The aluminum structure is covered with a gold sheet that was gifted by the late King Hussein of Jordan.

The moon shaped structure placed on the top is carefully aligned so that the one who sees through it looks directly towards the Holy city of Makkah. 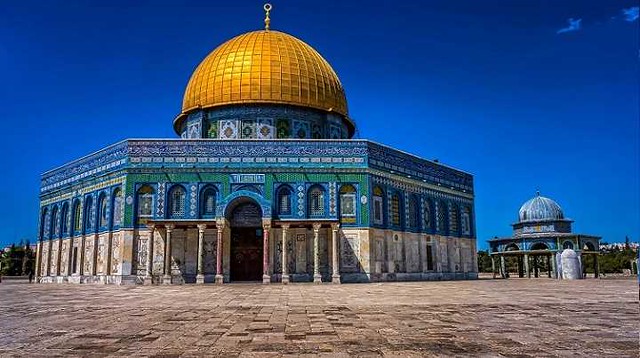 Jews and Christians hold a divergent belief from Muslims that this is the very place where the Prophet Ibrahim set off to sacrifice his son Ishaq. Yet Muslims believe that the son chosen for sacrifice was Prophet Ismail and the incident took place in Mina. 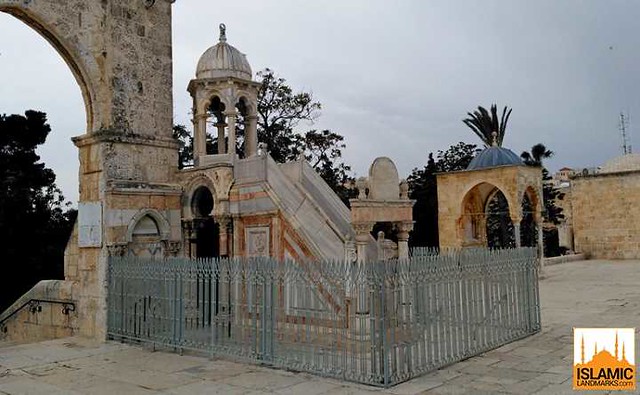 Orthodox Jews consider it to be the center of the world.

A small cave is also present just beneath the dome of the rock. One can enter it using a staircase. A mihrab is also present there which directs one with the Qiblah. Some traditions recall this cave as the well of sous as per myth that souls are resting here until the Day of Judgment.