According to the local media reports, a dog in the Kingdom was brutally raped, tortured, and dragged through the streets that caused the death of the innocent animal.

A passerby in the street saw a dog tied to a pole with severe wounds on its back and legs. Moreover, the dog was bleeding and badly injured.

Shocking Medical reports of the dog

The passerby took pity on the innocent animal and called Rahmah for animal welfare. At the very moment, the dog was taken to the veterinary facility for sedation and examination. 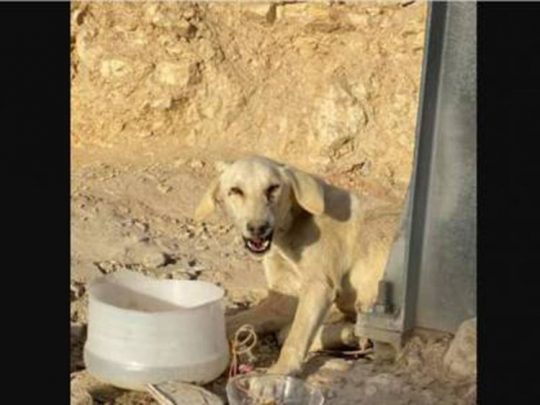 After the examination, it was disclosed that the dog’s feet were broken and there were several fractures in his back. Several wounds and bruises were also discovered that were bleeding.

Moreover, the animal was also severely infected with maggots in the open wound. After further examination, the reports also claimed that the dog was brutally raped and its anus had been sewn up for pleasure.

The wounds showed as if the dog was tied with a car and dragged through the streets.

The punishment for the culprits?

According to the GCC Animal Welfare Act, the torturers should be held accountable for their evil deeds. The culprits can also be ordered to pay a fine of up to SR 400,000,

The people of the Kingdom and animal welfare advocates are demanding the authorities to arrest the culprit and punish them for their crime.