Lions don’t live in deserts: It is said that almost half of the area of Kingdom of Saudi Arabia is a vast desert and whenever we talk about Saudi Arabia, what comes in our mind are rolling sand dunes, dust storm and the scorching sun and one important thing, ship of the desert.

Yes, camels are the only animals that are frequently found everywhere in the desert. What if we talk about lions? Do you think that lion ever ruled the Kingdom or roamed somewhere in the land of Saudi Arabia?

We could undoubtedly say Yes because we have often heard that Saudi Arabia was once a land of grassland and shady woods. History state that lion roamed the land of the vast desert some 10,000 years ago. 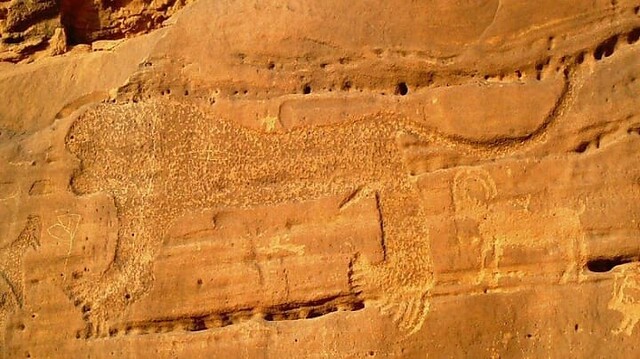 Jabal Al Manjor: It was proved when ancient lion engravings were found on the rocks of Jabal Al Manjor and Raat at Shuwymis. It was engraved by People of Thamud who ruled the Saudi land some 10,000 years ago engraved a giant lion of its actual size on the rocks in Hail region.

These huge lion engraving rocks are also known as the lion of Shuwymis and you can see them in the core of Jabal Manjor and Raat. These ancient rocks with engravings that were carved by the ancient Thamudis on Jabal Umm Sinman at Jubbah and Jabal al Manjor and Raat at Shuwaymis site were added to UNESCO World Heritage list in 2015. 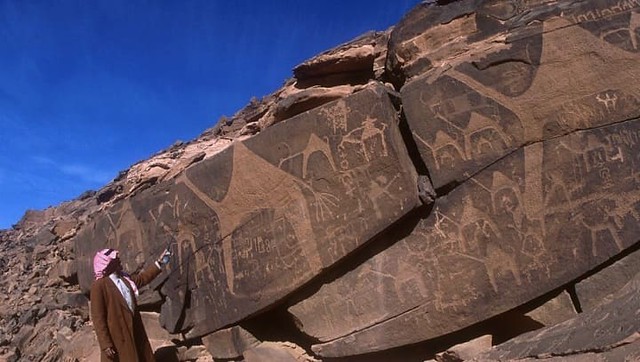 300 Km from South of Hail: Raat at Shuwaymis lies 300 kilometers south of Hail region in the lava field where a volcano erupted a long time ago and the volcanic hollows are still present on the lave field’s sides.

The two mountains with its engraved rocks are one of the largest open natural museums in the Kingdom as well as in the World. Beside lion engravings, you will also see plenty of other animals images like ibexes, horses, and camels engraved with their actual size.

People of Thamud also engraved some of the images of the ancient man while fishing and trading using the caravans as used in ancient times. Beside all these images there are several rocks where Thamuds engraved many letter and inscriptions. 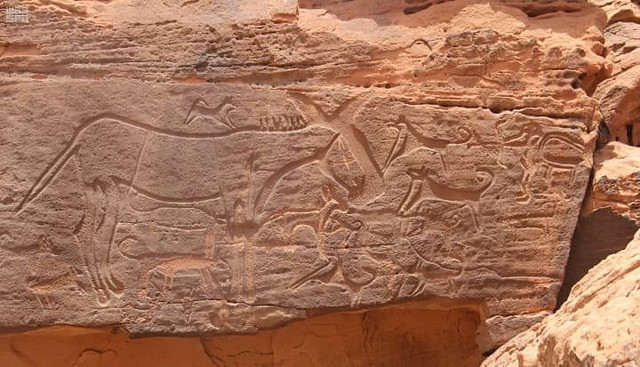 10,000 Years ago: People of Thamud engraved lion on a wide space of the natural rock as it depicted the esteemed status of the lion that was held more than 10,000 years ago.

A tourist guide in Shuwauymis, Ahmad bin Ghathy said this area was protected by the lava field and is very uncomfortable. It wasn’t possible for anyone to pass through this area easily thus this site remained protected. 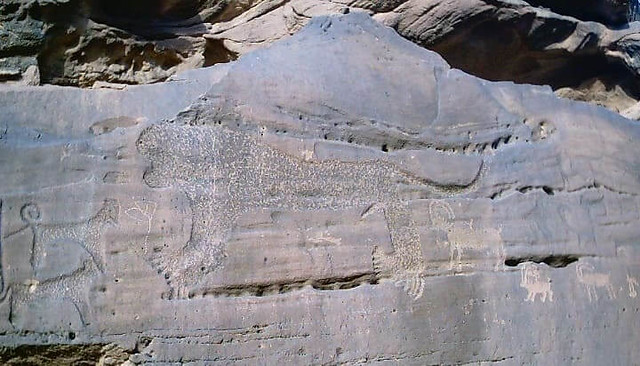 3 Important Lava Fields: Visitors can easily follow the paths of three important sites of the lava field that are Fadak, Khaybar, and Shuwymis because these sites are linked with the rocks engraving sites. Ahmad bin Ghathy said there is also an off road that shortened the trip of 300 kilometers to 30 kilometers. That road links Raat with Khaybar breaking through the lava field.

The Shuwaymis site is also known as one of the most remote sites that is difficult to look at this rocky terrain because of the presence of more than 12 volcanic craters around it. 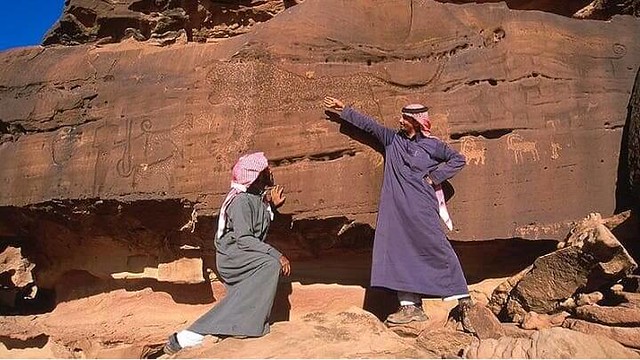 The Saudi Commission for Tourism and National Heritage has launched several initiatives to protect the Shuwaymis museum site.

This site has also become as one of the most looked after sites by the Saudi commission and its chairman Prince Sultan bin Salman especially held an inauguration ceremony to inaugurate this famous site in Raat and Al Manjor to welcome the tourists for viewing the natural museum. 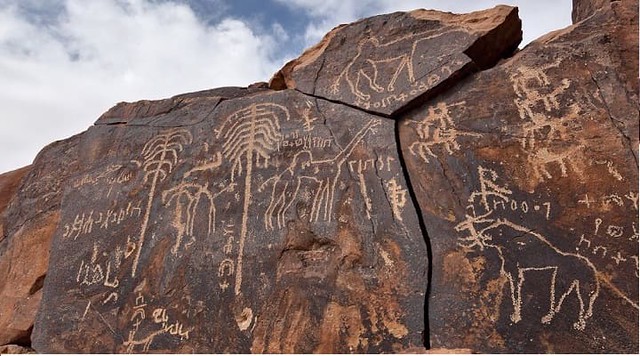