The recent story of a Saudi father who accidentally bought two real airplanes for his son’s birthday has been making rounds on social media.

The story was that the Saudi man intended to buy two miniature models of A350-1000s, contacted the international company and asked for two models, yet due to language barriers and currency conversation, he placed an order for the actual plane and then bought them. He gifted one to his son and the other to his cousin.

Now, once the story had hit the news, people started talking about it. Some questioned the unending wealth of some Saudi nationals. Some joked that they wished their fathers could make similar mistakes. Other invited their friends to buy them a real Airbus plane.

Some, however, said that the story seems unreal. They suggested that one cannot buy an airplane that easily. After the news had been making rounds and was being questioned, the Airbus Officials finally reacted to it and confirmed to be fake. 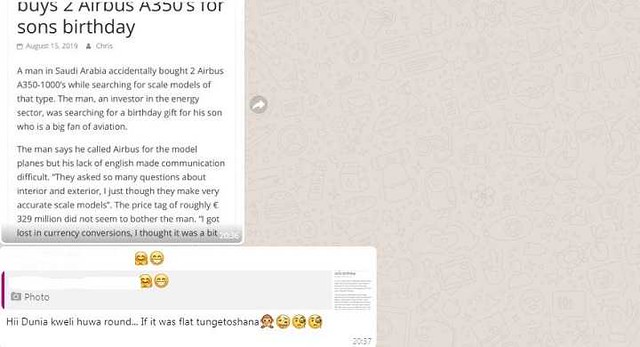 Who published this news?

The news was created by a website called satirical. And this was one of their sarcastic posts. It has posted below all its content that they are not true. The Airbus officials declared that it is not easy to buy an Airbus plane. You cannot simply call up, give credit card details and the plane shall be handed down: it takes much more.

According to the official statistics, the story has been shared on Facebook more than 3,000 and has received 2,000 likes. It was shared on August 15, 2019.

The owner of the website has made it clear that it was just a fun post, there was no intention of spreading fake news. The ones who copied it should have added the disclaimer. 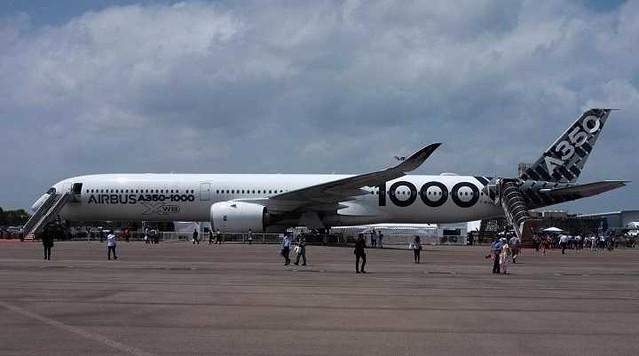 However, on a serious note, it is by no means easy to buy an Airbus A350-1000. According to price guidelines by Airbus, a single Airbus A350-1000 can cost $366.5 million. This means that the Saudi man had bought two miniature models were of worth $733 million.

Airbus media relations manager Matthieu Duvelleroy, explained that the purchase of an Airbus A350-1000 stretches over different stages.

There needs to be an interest by an airline or a government, upon which agreement shall be made.  A call for tender is then made, followed by price negotiation. Then the contract is signed then the first payment and validation of the scheduled payment made.

The parties will agree on the date of delivery in terms of the actual production plan. There are other procedures as well and thereby one cannot simply call up and order an Airbus.