Home Jawazat and MOI Other Procedures How to bury or repatriate dead body from KSA?

After the death of an expatriate in Saudi Arabia, the family has to complete some death formalities for burial or to send the body to his home country (India, Pakistan).

Report to the Hospital

The first thing you need to do in case of the death of an expatriate in Saudi Arabia is to call an ambulance by dialing 997 who will take the body to a nearby hospital.

It is very important to communicate with the sponsor of the deceased person as he is legally responsible for all the administrative processes as well as bearing the cost of repatriation to the native country.

NOC from the deceased family

The deceased’s family back in the home country will have to prepare one of the following two documents;

You would be required to submit the following documents to the Embassy or consulate for the attestation; 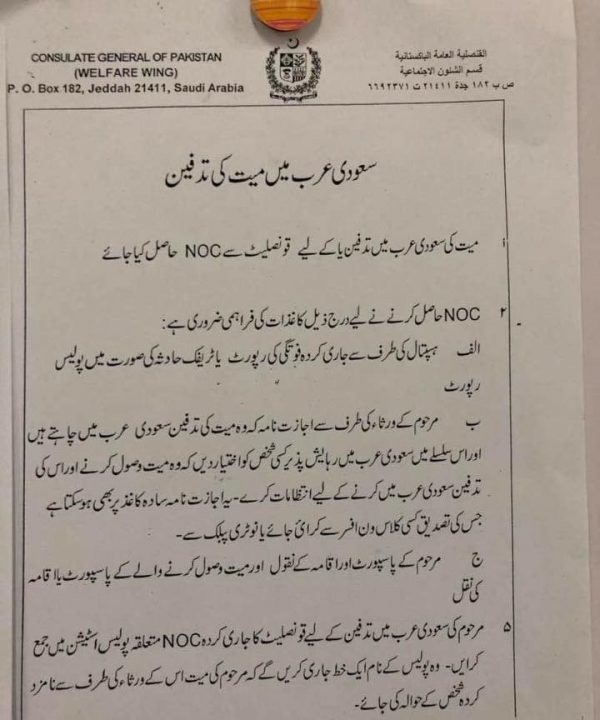 On the basis of the above-mentioned power of attorney, only the authorized person will collect the death report from the hospital and go to the Ahwal e Madani to get an official death certificate in Saudi Arabia.

In case the family of the deceased person wants to bury the dead body in Saudi Arabia, the power of attorney and the embassy NOC will be submitted to the police.

In the next step, the governorate would be contacted to assign a graveyard for the burial.

It is vital to discuss here that only Muslims can be buried in Saudi Arabia. If some non-Muslim dies in Saudi Arabia, his body has to be sent back to his native country.

On the basis of the police report and the slip issued by the governorate, the hospital will prepare the body for the burial and hand it over to the person whose name is written on the police report.

Send body back to home country

In case you want to send the dead body back to the home country, 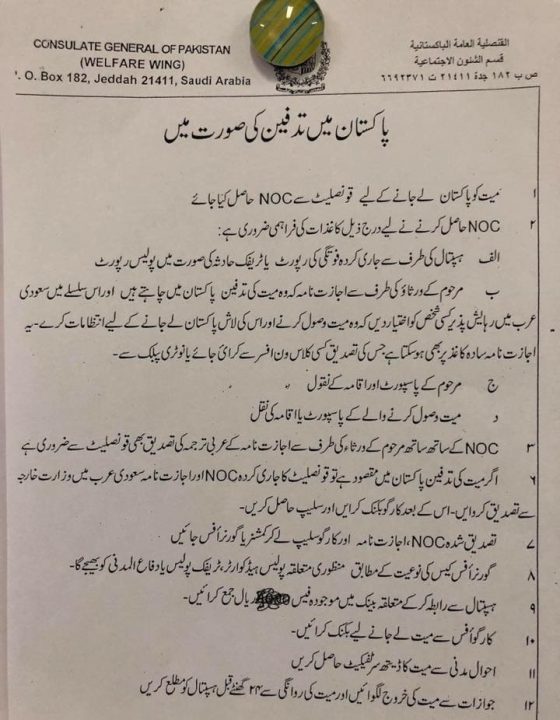 Collecting the body in the home country

The family of the deceased person needs the airway bill issued by the cargo company to collect the body.

The person making arrangements to send the body can carry the airway bill himself in the flight or request any passenger to hand it over to a particular family member.

How to book a COVID-19 test appointment?

How to remove curfew violation fine in Saudi Arabia?

How to check curfew violation fine in Saudi Arabia?

How to apply for Mumaris plus renewal?

How to pay debts for prisoners through Absher?

How to report a lost birth certificate through Absher?