Dar Al-Madinah Museum is a private museum which is opened to promote the Islamic Culture and let people know about the life of Prophet Mohammad S.A.W and the Holy city Madinah.

The visitors can learn about the old urban culture of Madinah and Islamic Civilization. Dar al Madinah is the first and the only largest specified museum that clearly represents the history and cultural heritage of Madinah.

It shows the landmarks of the Prophet Muhammad S.A.W life through different models and architectures.

The museum stretches over four main halls that tend to publish specialized periodicals on the history of Madinah and landmarks and holds seminars and forums in this field. 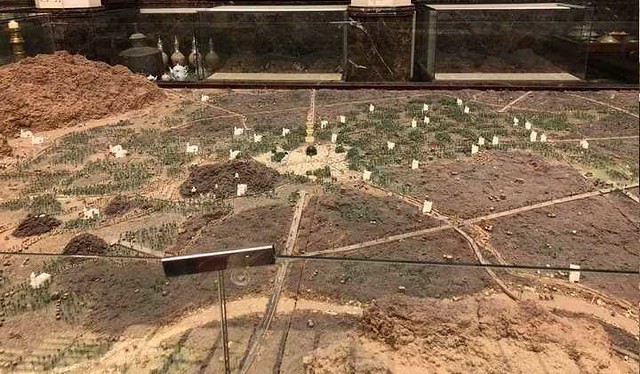 The hall of the museum contains the rare paintings of the Prophet’s City “Madinah” and also some unique collection of pre-Islamic History. You will witness several models of Masjid-al-Nabawi that depict how Masjid-al-Nabawi looked like throughout the history. 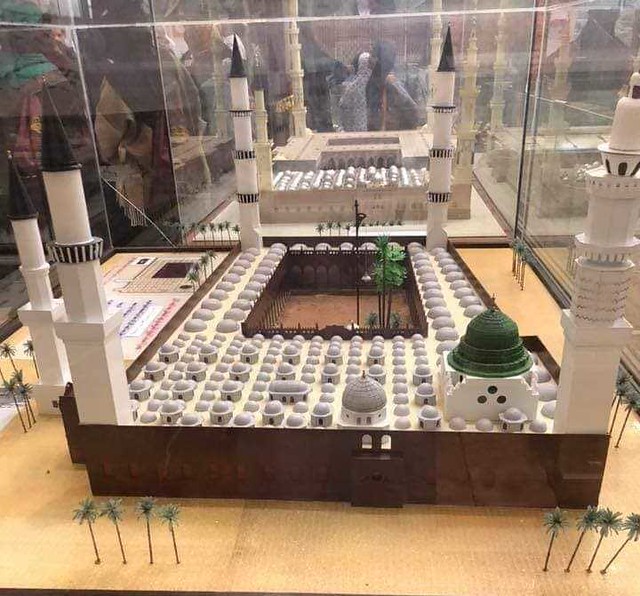 There are models of Masjid Nabwi that represents its looks from 1st Hijri when the Muslims prayed to face toward the Bayt Ul Muqadas to the time it was given domes some 1300 years ago. It shows at very first the domes of the mosque was silver which was later changed to green. 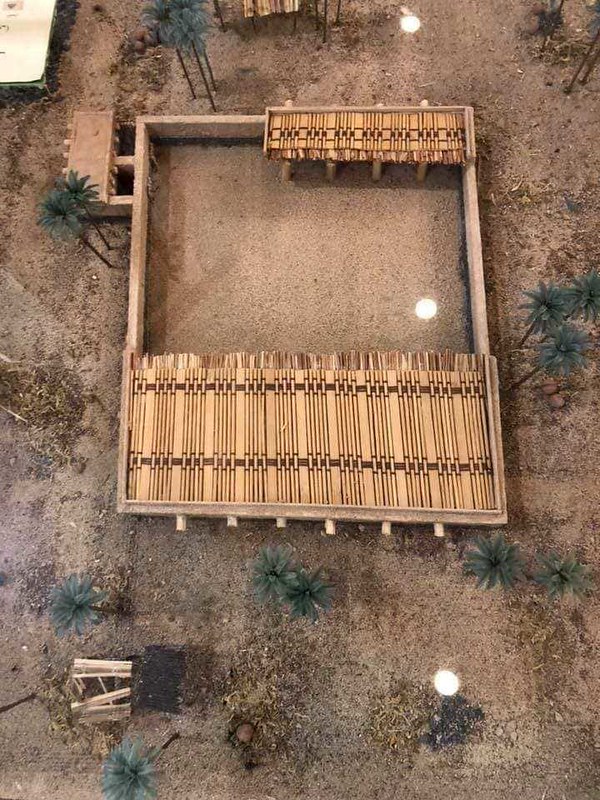 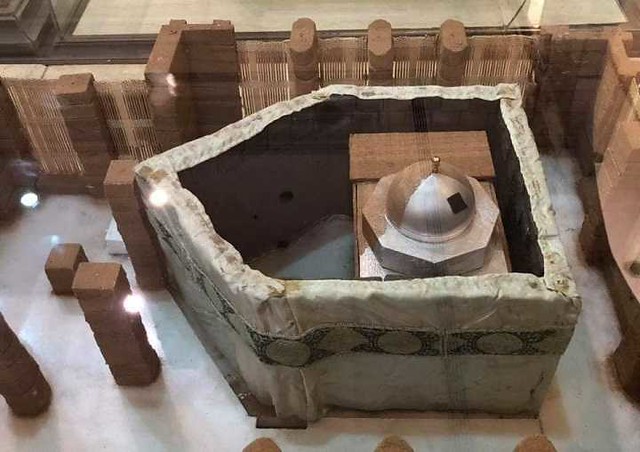 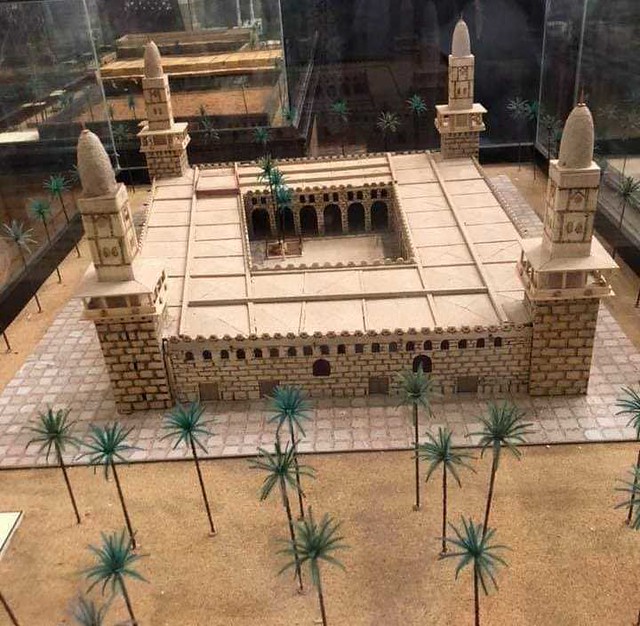 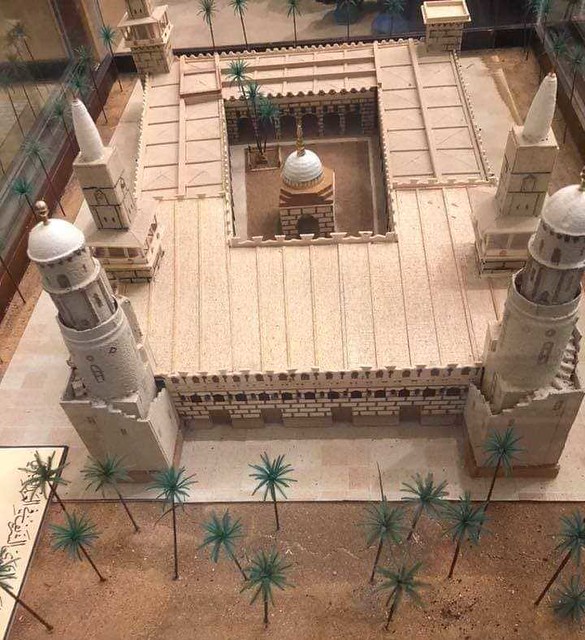 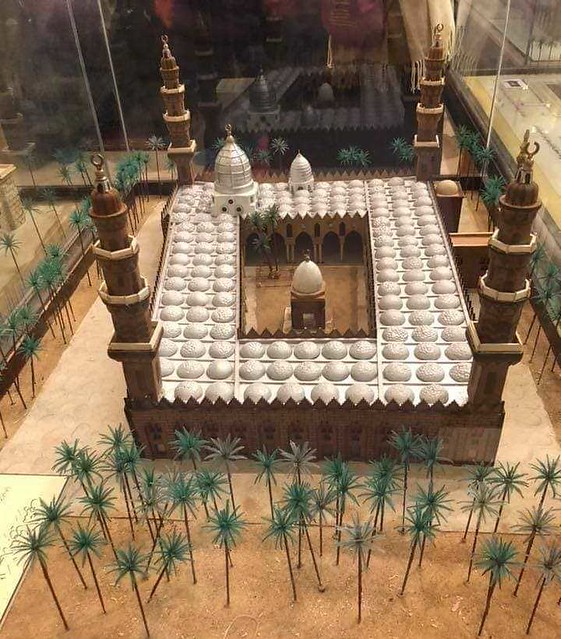 Models of some rare architecture of Madina

There is also another hall that displays ancient and rare architecture of Madinah. Visitors can easily learn about the life of the Holy Prophet PBUH. There are some art-based models that show the path that the Prophet PBUH followed while traveling from Makkah to Madinah. 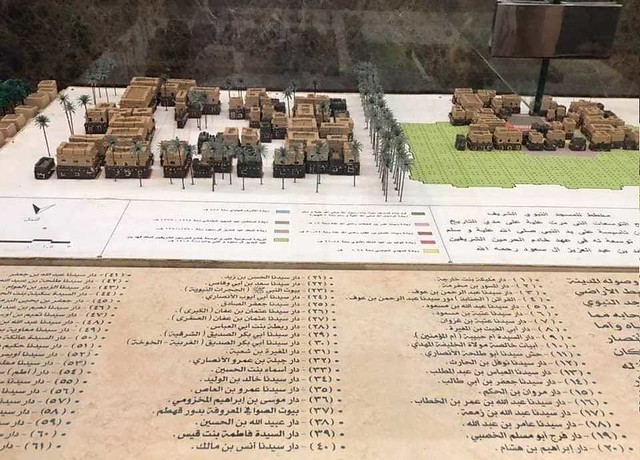 This enables one to learn about the Islamic civilization and the urban culture of Madinah that evolved throughout history. The architectures are laid in such a beautiful and unique shape that anyone can easily learn the Islamic History.

There is an architecture of Jannat-Ul-Baqi showing how it looked like in the history. You will also learn about the city of Madinah and its expansion throughout history. The models represent the views of the Holy City from the time of Prophet Mohammad PBUH till the current. 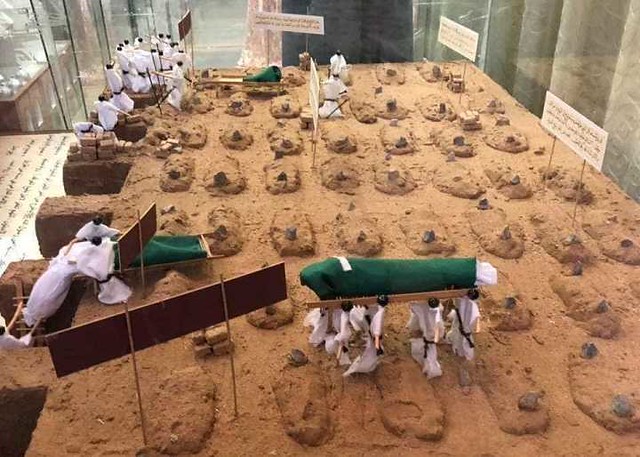 The houses of Prophet Muhammad S.A.W and his family

Some models show the house of Prophet’s Wives and his family. There you will also learn about how Roda Rasool was covered with five-cornered walls in or to make it look a little different from the Holy Kaaba. 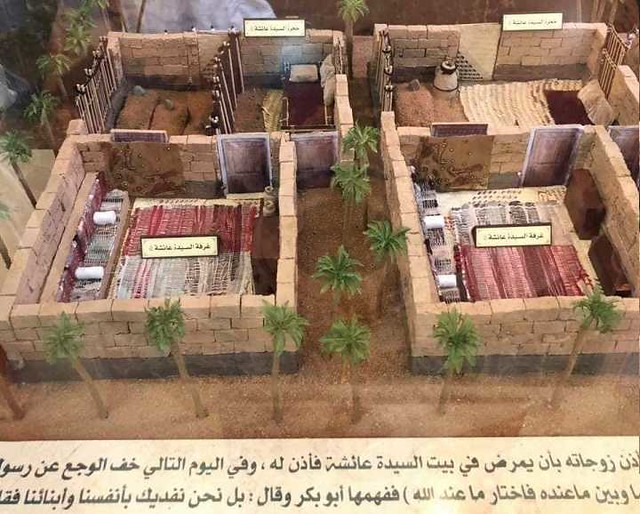 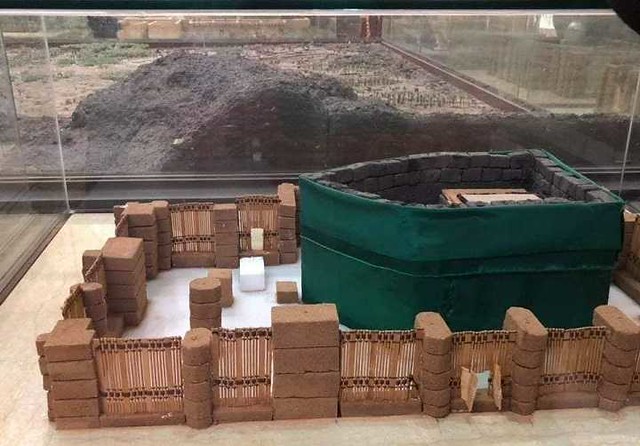 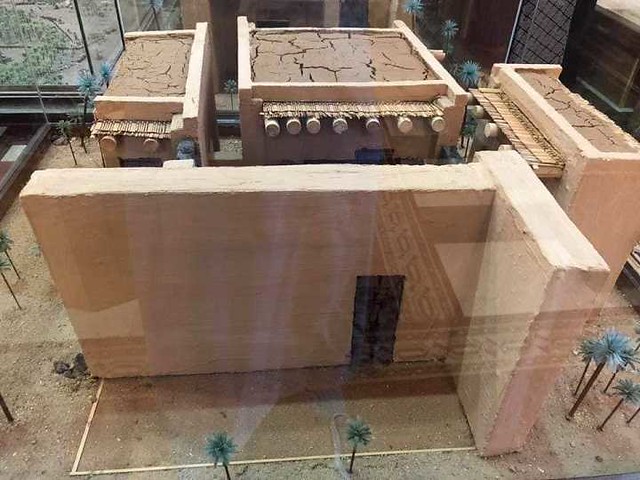 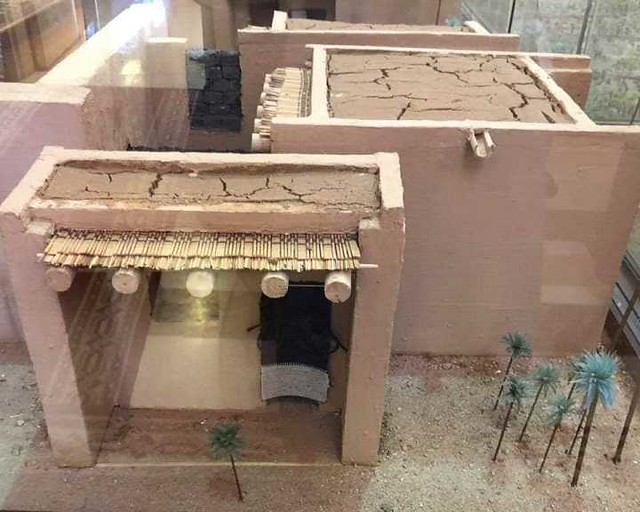 Besides this, you will also see some models of Mud and Saa that show the required amount of water needed for wudu and Gusal. 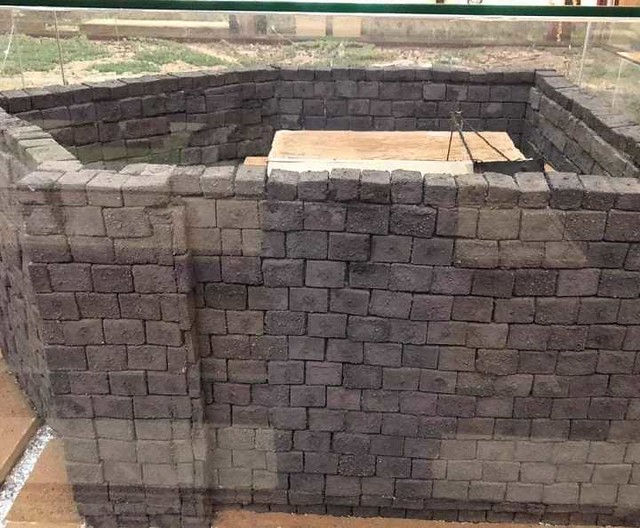 The pictorial depiction of Battles and Wars fought by Muslim

You would find many models showing different wars and battles fought by Muslims during the time of Prophet Muhammad S.A.W. For instance, one beautiful model shows Sahaba putting efforts to dig out Khandaq before the battle of Khandaq. 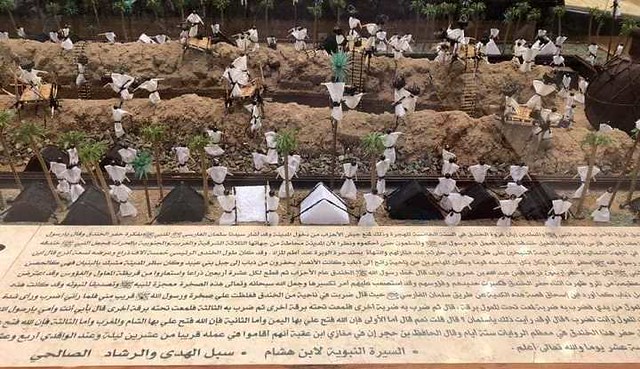 Another model shows the situation of war and some other shows the battleground as well. In the below model, you can see a horse being cut down into pieces which lets you imagine the hardships Muslims of that time had faced spreading Islam all around the world. 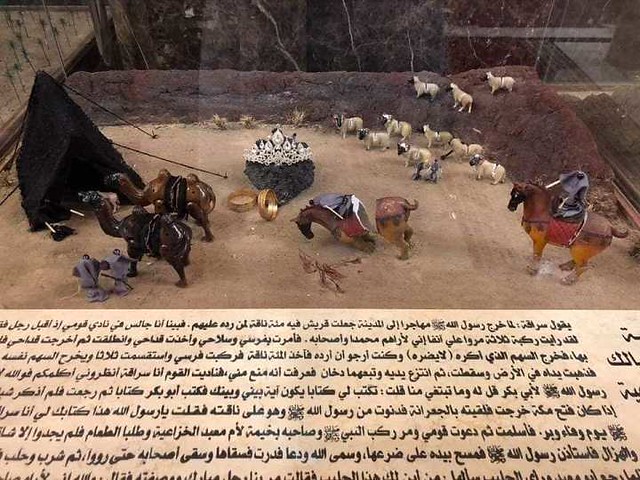 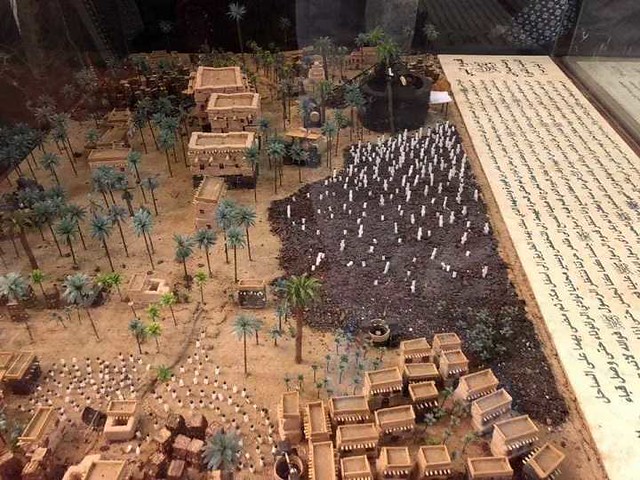 The museum is also equipped with highly skilled informed team members that can easily be approached for guidance on history. These members are from different countries and can communicate in seven different languages including Arabic, Urdu, English, and Turkish. 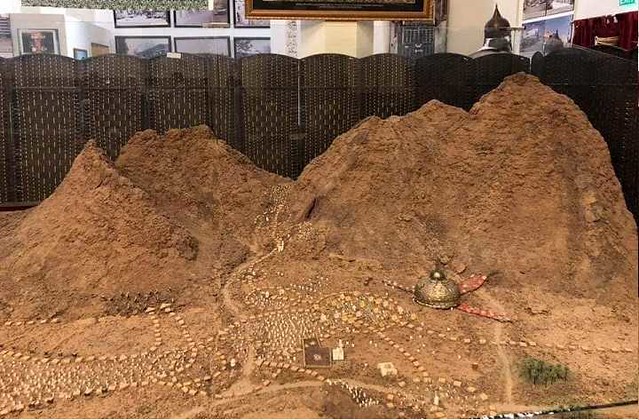 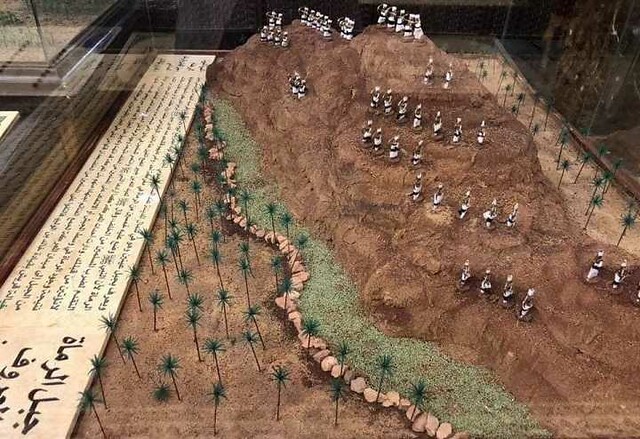 The Timing of Dar Al-Madinah Museum

The Museum is indeed an informative place to visit. The museum is always crowded with a huge number of visitors including the pilgrims, school and universities students and local residents. 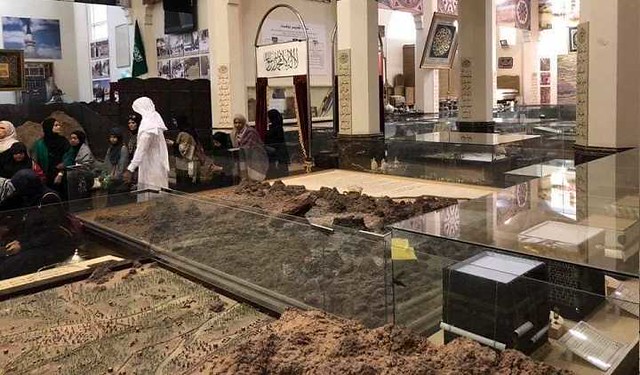 If you are visiting Madinah don’t miss your chance to visit this place. The Dar Al-Madina Museum is open from Saturday to Thursday from 9 am to 8 pm. 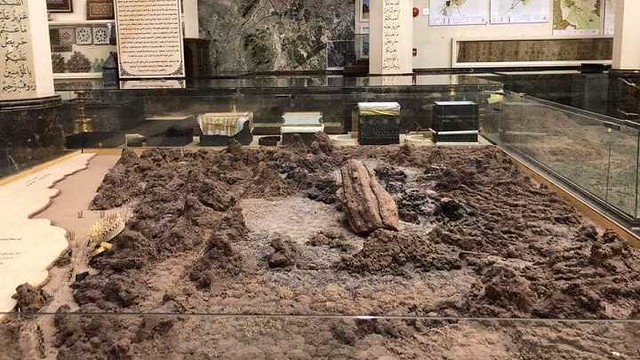 The entry fee to Dar Al-Madina museum is SR 25.

The location of Dar Al-Madinah Museum

Dar Al-Madinah is located on King Abdul Aziz Road in Madinah Knowledge Economic City just a little away from the Prophet’s mosque.

4 facts about Beer-e-Shifa in Madina

7 reasons to visit Umluj Beach – The Maldives of Saudi Arabia

Masjid Sabaq – a mosque built in the time of Prophet Muhammad