Within the Kingdom, you will find people living in lavish villas and apartments. Most of the Saudis choose to live in Villas that are a direct representation of their class and status.

Abandoned Cars: If you are living in Saudi Arabia, you must have seen many cars parked on the side of the highways or roads for a long time. You will find them in parking places as well. These are the cars abandoned by the people.

Neighbors complain about how the authorities are not being of any help to move these abandoned vehicles and dump them at the junkyard instead. Most of the people are not sure why people just abandon their cars on roadsides?

This heavy chunk of metal can be recycled and be used to fund car parts, but somehow people find it a lot easier to leave them unsupervised.

15 Days to remove the Cars: The Director of the information and publishing at Makkah Municipality, Osama Zaitouni said that owners of these vehicles would be given a period of 15 days to remove them otherwise they will be sold as scrap.

Most of the cars that are spotted do not have number plates, but if a vehicle is found with a number plate and is abandoned, the public is advised to call 940 to report such vehicles. It would then be the responsibility of the traffic department to move these vehicles after contacting the owners.

Col. Talaat Al-Mansouri, director of the traffic department in Makkah has ordered for a report by the end of the year keeping track of all the cars they have had to collect, sell out, reclaimed by owners etc.  Alongside, they would carry out inspections to see whether the plan has been implemented by the department effectively or not. 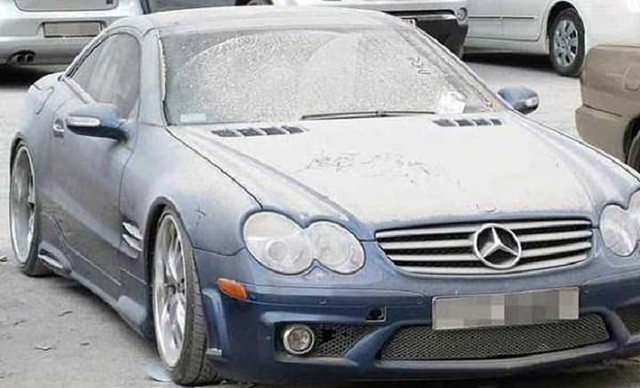 4 Dangers associated with Abandoned Cars to the Saudi Society

1-Neighbors have also been complaining that such cars can be used for drug trafficking and other illegal activities.

2-The rusted cars are very unsafe since their children cannot help themselves but wander around them and try to discover what’s inside which can prove to be dangerous.

3-Not only this, but these abandoned cars can also be the ideal location to dump a dead body since no one would ever think of looking there.