An art teacher was surprised to see his piece of art hanging in the office of the Crown Prince during the meeting with the US secretary of state.

The artist Mohammad Ibrahim Mohammad al Rabat said that he made the painting some 4 years ago and it was sold in Jeddah and he was totally unaware that he will see his painting hanging in the office of Crown Prince one day. 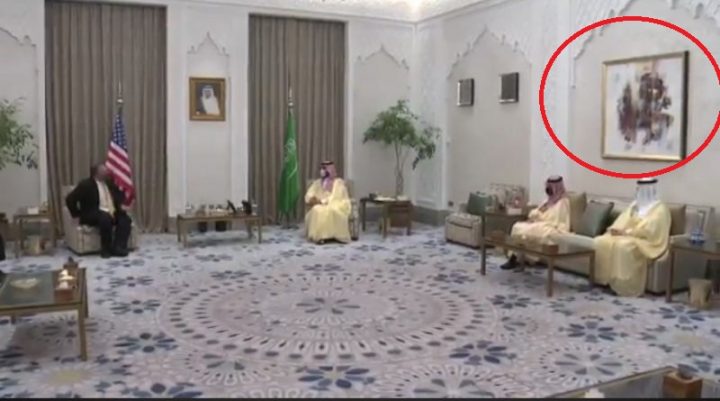 What is the painting about?

The painting is within the framework of forming Arabic letters through different techniques. The artist said that it is the wish of every artist to see his work at such a worthy place and he is pleased to see his works at this place. 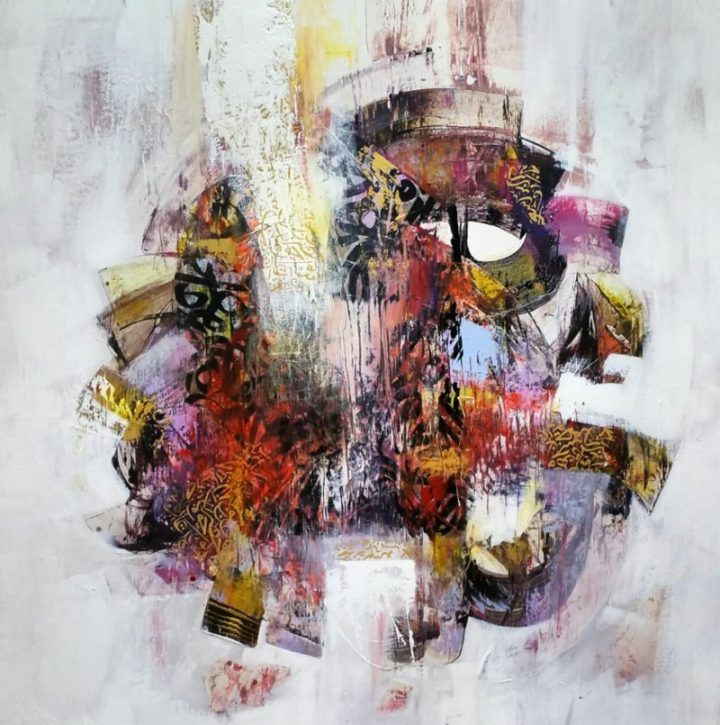 A museum should be made in the Kingdom

The artist wishes that there should be a museum in the Kingdom of Saudi Arabia just like the museums in other countries where all the collectibles of Saudi artists should be kept. He also said, he has many paintings expressing the happening of Saudi Arabia.

Mohammad Ibrahim Mohammad al Rabat is an art teacher and a member of the House of Fine Arts. He is also a former cartoonist who has worked in several newspapers and magazines.

He has also worked on the model of Mahad al Dahab governorate and has also designed a model for the municipality of Jazan region, a mural at King Abdul Aziz International Airport, and many other murals.