The holy month Ramadan is here but unfortunately, it is not the same as before. This year the lockdown amid the coronavirus outbreak has affected each and everything and thus our Ramadan is quite different than the previous Ramadan due to the closure of Mosques in different countries.

Saudi Arabia has suspended all the religious prayers at mosque including the communal Taraweeh prayer. The people are advised to pray at their homes.

Only a reduced version of Taraweeh prayers will take place in the two holy mosques of Mecca and Medina with the workers and employees only. 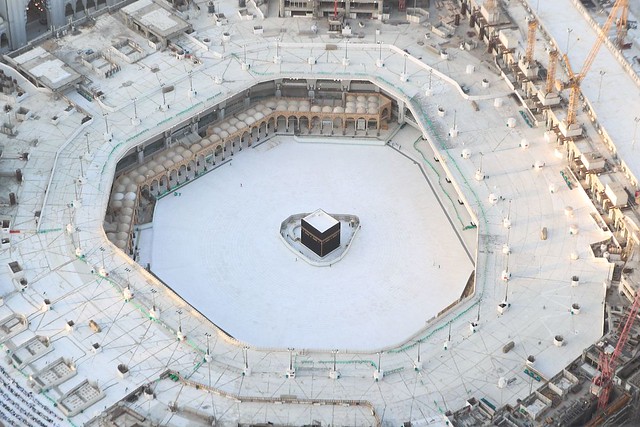 Pakistan first imposed restrictions allowing only three to five people to pray in the mosque. Later ahead of Ramdan the President of the country held a meeting with the religious leaders where the announcement of lifting the restriction was announced.

People were allowed to visit the mosques to say their prayer and offer Taraveeh following the precautionary measures. 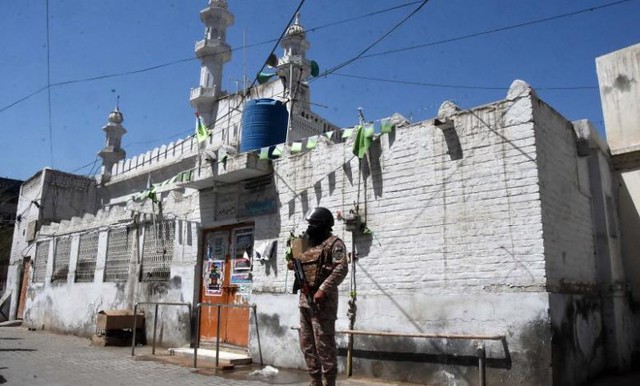 The Indian government has imposed strict lockdown in the country. India has around 201 million Muslim population and Muslims are already under the accusation of spreading the virus in the country. The Islamic scholars in India pleaded its Muslim citizens to pray at home. 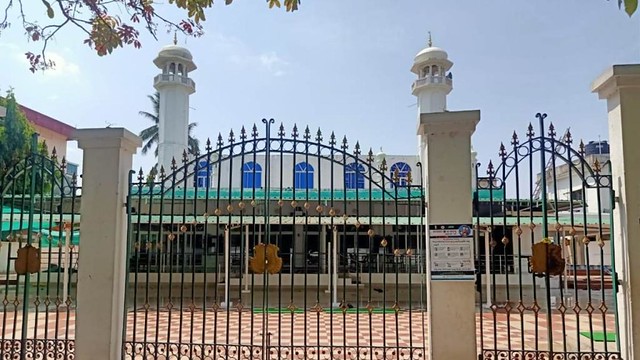 Bangladesh with 168 Million Muslim population is under lockdown since March 26. The Prime Minister of Bangladesh has also called its citizens to pray at home during Ramadan. 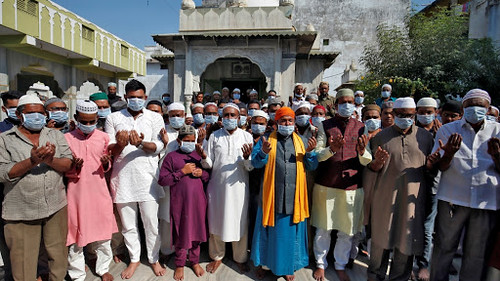 The UK is also under lockdown since March and all the worshipping places have been closed in the Kingdom until the lockdown is lifted, which means the mosques are closed in the UK during Ramadan.

Qari Asim, the chair of the Mosques said it is irresponsible to hold any sort of religious gathering or congregate night prayer during the Holy month. 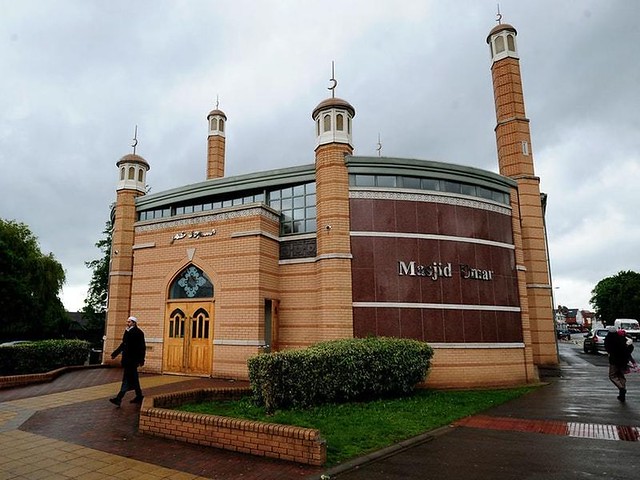 US is the worst-hit country by COVID-19 in the world. It is home to 3.5 million Muslims. The Islamic Society of North America and other Muslim Groups have suspended the religious and prayers during Ramadan.

Kuwait has placed a strict curfew that has been extended until the end of May. The mosques are closed in the entire country and people are said to pray at their home. 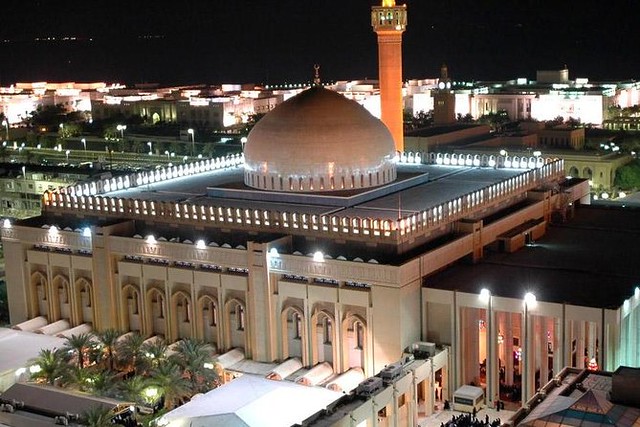 Bahrain has decided to hold some Taraweeh prayer in its al- Fateh Grand Mosque where only Imam and five people will be allowed to pray at a time under the social distancing rules and the prayers will also be telecasted on the local Television.

Qatar has prohibited every sort of religious and occasional activity in the country. The mosques are closed in Qatar and people are advised to pray at their homes. Distribution of Iftar in mosques and other group activities are also strictly prohibited this Ramadan. 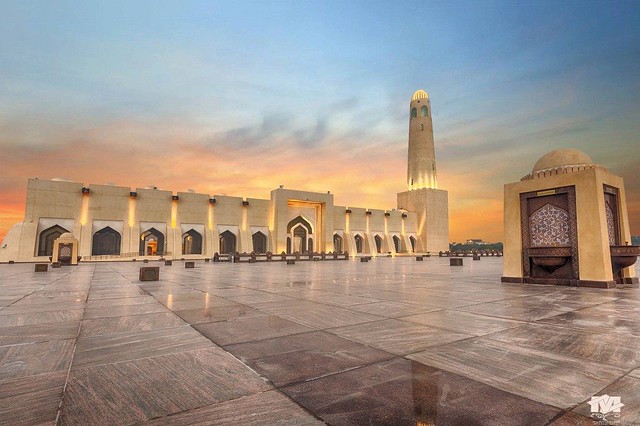 Like other Gulf countries, Oman has also banned praying in the mosques. The mosques in the country are closed for the public. No Taraveeh prayer will be held this Ramadan. The mosques are only allowed to give the Azaan.

In UAE the Emirates Fatwa Council issued a Fatwa for Muslims to pray at home and they also said that Taraweeh prayer could also be done at home. The council also said that the coronavirus patients and frontline medical workers were exempt from fasting.

Egypt was the first Muslim country that was reported to cancel the communal iftars and prayers during the holy month. The announcement from Egypt was made on April 7. 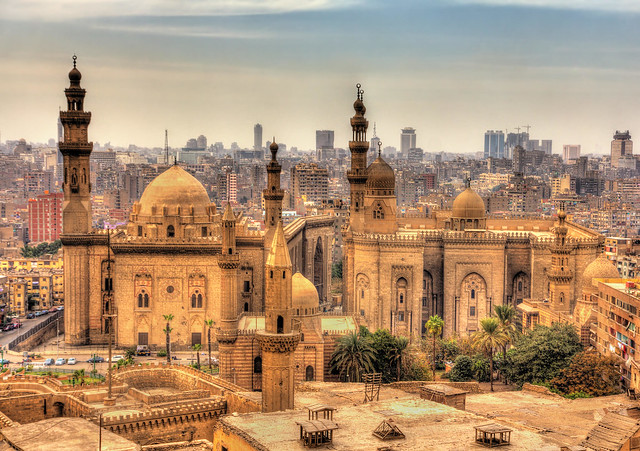 Iraq lifted some of its curfew measures on March 15. Since October 2019, Iraq has been going through some political issues where despite the outbreak several political and religious gatherings were made by the followers of Iraqi Shia Cleric Muqtada al Sadr. However, there is no information about Ramadan gathering or Taraweeh prayer in the country.

Iran is one of the worst-hit countries by coronavirus is now gradually reopening some of its businesses in a few weeks. Although mosques will remain close across the country.

The Shia Holy sites in Tehran are also closed. The leader Ayatollah Ali Khamenei has pleaded his people to pray at home during the holy month. 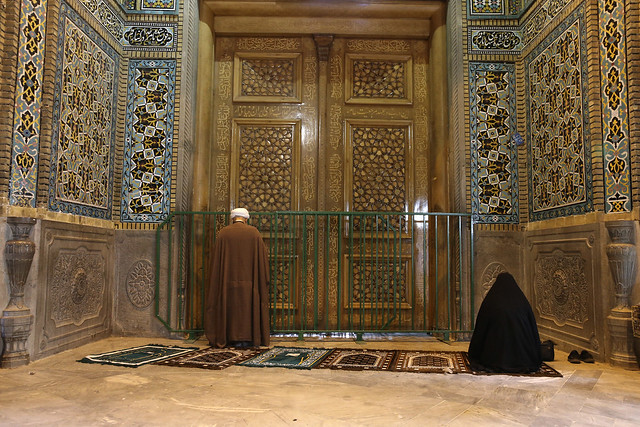 Morroco has also closed all the mosques as a precautionary measure. The lockdown in the country is also extended to May 20.

Lebanon with a large number of Muslim population has also banned all the gathering in the country with mosques also closed across the country.

Jordan is under strict lockdown and praying in the mosques during Ramadan is also banned. Arrestment of people who leave their homes was reported in Amman, the capital of Jordan.

Libya is in a state of conflict and the country has been split between the two parties, the UN-recognized Government of National Accord (GNA) and  Libyan National Army by Khalifa Haaftar.

On March 18 the curfew was imposed by LNA in the territory and on March 22 by GNA. However, there is no confirmation about the opening of mosques in the country.

The Syrian government has announced the closure of Mosques in the country until May 2.

In Jerusalem, Al- Aqsa mosque compound is closed for prayers throughout the Holy month. In Gaza strip, Hamas ha also announced the closure of all the mosques for two weeks.

Muhammad Hussein, the Grand Mufti of Jerusalem and the Palestinian territory also restricted the people from the public sighting of the lunar moon.

Turkey’s senior religious bodies confirmed the closure of the mosques during the Holy month. It has also restricted people from hosting large communal iftars. 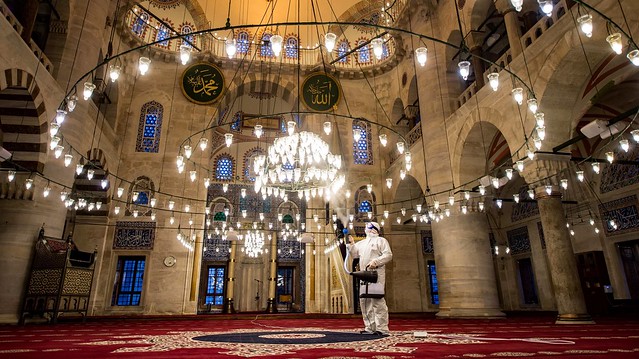 Indonesia which is home to 229 million Muslims first banned the traditional Muslim’s Exodus “Mudik”. Besides this, the Government has ordered its people to pray Taraweeh and other prayers at their home. Public Eid prayers are also canceled in the country. 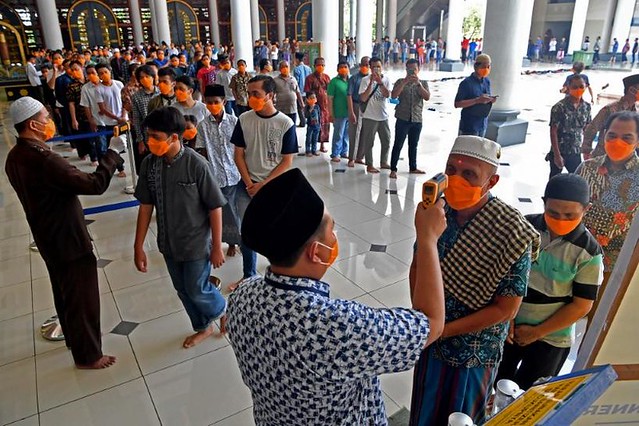 Nigeria holds Africa’s largest Muslim population. The Nigerian Supreme Council for Islamic prayers has suspended the Taraweeh prayers in Mosque due to the threat of coronavirus. It has also advised its citizens to avoid religious gatherings during this month.

France that holds one of the largest Muslim populations has closed all the 2,800 mosques in the country since March 15.  The president of the French Council Muslim Faith has ordered the Muslims to say their Taraveeh prayer at home.

The president also said that the Imams are called to connect with people, and thus some people have recorded sermons and prayers and uploaded them online.