Home Travelling from KSA Travelling to UAE How much is Burj Khalifa advertisement cost?

Have you ever seen an ad, promotion, or message displayed at the world’s tallest tower, the Burj Khalifa? Ever wondered what is the Burj Khalifa advertisement cost in US Dollars or Indian Rupees?

According to the marketing agency of the tower, to place a promotional advertisement or a message upon the mighty Burj Khalifa for a once that too for 3 minutes, one has to bear a cost of 68,000 U.S Dollars or 5.6 million Indian Rupees. 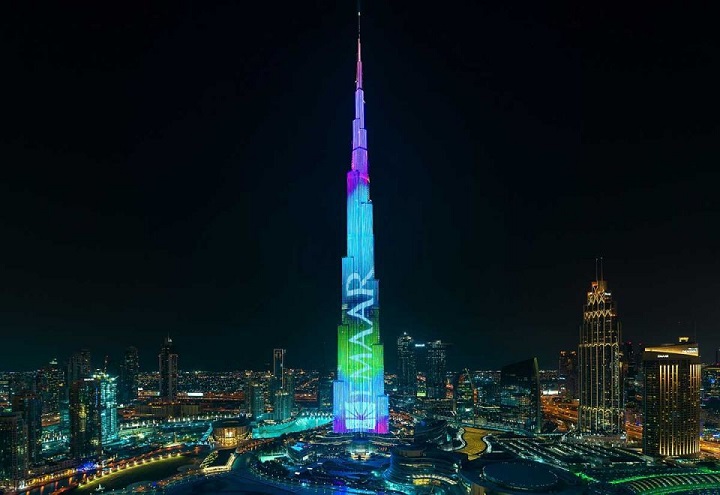 The ads are displayed by the Dubai-based marketing agency Mullen Lowe MENA. Your ad or message shall be submitted to them 4 weeks earlier. The ad is only displayed once it is approved by the Emaar Properties: the Burj Khalifa owners.

The marketing agency disclosed that for a media-packed promotion, music can be added. However, the video cannot get synced with the Dubai fountains, and the full payment has to be made in advance (excluding VAT).

By now, Burj Khalifa has been used to promote Noon.com, Cartier, Huawei, and recently by Walt Disney to promote The Lion King and Avengers: Endgame movies. The government of Dubai also uses it frequently.