Women are more attracted to certain aspects and specifications of a man. It is difficult to judge whether a woman likes much about a man his color, his values, looks, richness, nationality or his lifestyle. In this article, we have covered differences between Arab Husbands and American Husbands.

There is a huge difference between an American husband and Arab Husband. One should be aware of this difference to keep her expectation under limits to avoid any kind of shock after marriage. 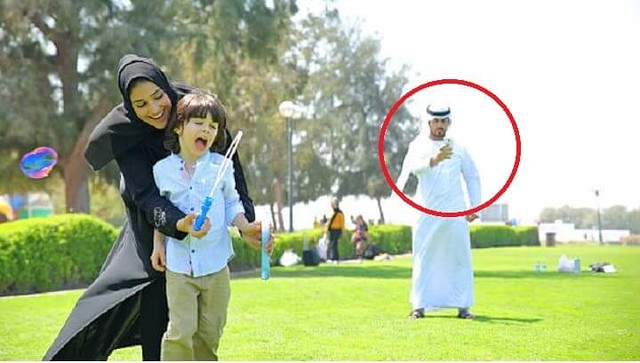 An Arab Husband is allergic to a wedding ring as compared to an American Husband who always wears a wedding ring or band proudly to show he is committed with a woman in a long-term relationship.

An American Husband starts caring about a woman after he gets married to her. On the contrary side, an Arab Husband who cares more at the beginning of marriage and level of care start diminishing as the marriage progresses. (This is not the case in every situation; there are Arabs who are considered best husbands)

An Arab Husband is more family oriented as compared to an American Husband who keeps on thinking about who can be his next girlfriend.

An American Husband tries to help his woman in domestic tasks as well as in other social concerns, whereas an Arab Husband at maximum can hire maids and servants to help his wife.

An American guy feels the pride to meet his girlfriend publicly whereas an Arab guy always tries to pretend himself as a single no matter how many wives he already has.

American Husbands try to accompany their life partners from the wedding night to the labor room until the birth of his child.

Whereas an average Arab Husband tries to avoid to enter into labor room to give moral courage to his partner during her painful time. Normally, his mother or sisters are there to take care of his wife.

Americans gift their wife’s jewelry, diamonds, gold and platinum on various occasions and they forward it to their generations as their family norm.

An Arab Husband is very gracious in giving expensive gifts and jewelry irrespective of the number of wives he has. He keeps the wives with full ease and comfort till the time he divorces them.

There is no age difference issue among Arab couples. An American Husband would maximum marry a woman with 5 to ten years’ age difference. An Arab Husband can easily marry a girl with an age difference of more than 50 or 60 years.

American Husbands are not inclined to marriages until they find a perfect match whom they consider is best for them. On the other hand, Arab Husbands marry first and look for the perfect match after that.