Worshippers at a mosque in Buraidah were naturally shocked when a cheetah randomly walked into a mosque and comfortably sat down in one corner and started observing worshippers while they pray.

As soon as the owner of the Cheetah got to know about the presence of his pet animal in the mosque, Nagshimi went there.

To everybody’s surprise, the animal did not hurt any single worshipper or security official. Recognizing its owner, the trained cheetah made its way over to him. 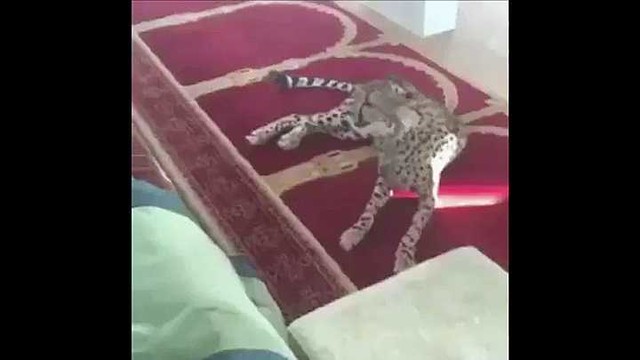 Al Nagshimi has stated that he has a six-year-old daughter and another six-month-old son. Both of his children regularly play with the cheetah without having any fear. When the cheetah had been bought, it had blunt teeth and the claws had been removed.

On the issue of the cheetah entering the mosque, Nagshimi stated that on that day he had washed the cheetah in the rest station and left him to dry. However, the gatekeeper left the door open which allowed the animal to enter the mosque.