Why is it called Bin Laden?

Bin Laden, the elephant, has reportedly killed 5 people of the village including 3 women were being hunted for several days. Finally, he has been caught as a result of a massive operation.

How was he caught?

The Wildlife rangers told that the pachyderm is famously known as Bin Laden in the village and was at loose in the northeastern Assam state. He was being hunted through drones and domesticated elephants.

The senior forestry officials claimed that two darts filled with tranquilizer were hit to the male animals by the experts.  The animal would be shifted to a forest where there is no nearby human habitation.

In a 24-hour rampage at the Goalpara district in October, the animal killed 5 people. Even though the animal had been causing safety and security threats, the elephant’s welfare would be considered while giving priority to the safety of the people. It shall be sent to a faraway forest. 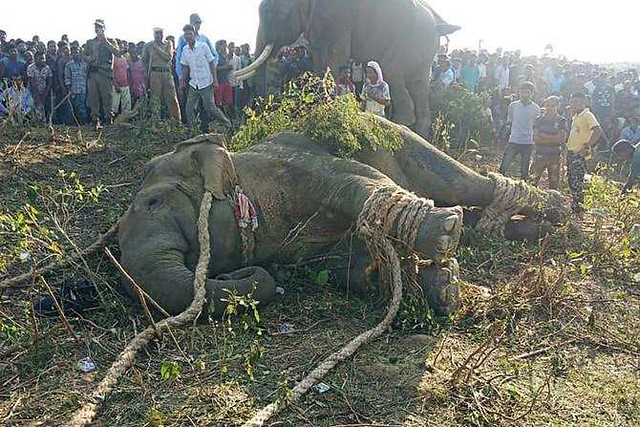 It has been estimated that in the last 5 years almost 2,300 people have been killed by elephants in India. This is because the natural habitat in India is shrinking and animals tend to escape into human habitats.

Goalpara is a region where there is a frequent entrance of wildlife animals. This is due to deforestation which makes it easy for animals to flee. When authorities do not take timely action, the locals tend to kill these animals by poisoning or shooting them.

Some of the other elephants have also died due to electric fences or on railways cutting through migration routes. According to official stats, 700 elephants have been killed in India since 2011.

All of us have to understand one thing that these wild creatures are also inhabitants of this earth. We have been shrinking space for them by cutting down jungles and other wild areas which results in this kind of tragic incident.