None of us have forgotten the crane incident in which 111 people died and 394 were injured. After the incident, King Salman announced that the relatives of every martyred pilgrim will get SR 1 million and every injured pilgrim will receive SR 500,000 from the government of Saudi Arabia.

The hajj pilgrims were the guests of the Saudi government and thereby they sought that they shall be compensated to their best. The payment for the compensation was delayed as the case related to the negligence of a contractor Bin Laden was in the court.

Thereby the Foreign Minister, AK Abdul Momen on this Thursday distributed cheques among the Bangladeshi victims. The cheques of worth TK 11.3 million (SR 500,000) each was handed down to the two injured victims, Sardar Abdur Rob and Mohammad Nazim Uddin.

However, the cheque worth Tk 22. 6 million (SR 1 million) was handed down to the family of Mohammed Abul Kasem Sufi. Sufi died in the tragic crane incident. 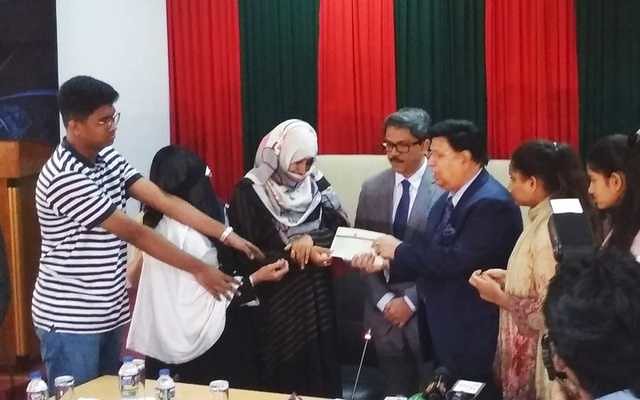 The foreign minister has acknowledged Saudi Arabian authorities’ acts of goodwill and has said that even though nothing can undo the loss, yet this is the best possible way to compensate the victims. This compensation has further improved the relations between the two countries.

The Saudi government is also working on payments to be made to the pilgrims of other nationalities. They have already distributed cheques to Indian crane victims recently.