The Bangladeshi court has sentenced 16 people to death over the murder of a 19 years old Nusrat Jahan Rafi. Rafi was a student, who was burnt alive in April. She was sexually harassed by the headteacher of the seminary she attended.

She filed a case of sexual harassment

She filed a case of sexual harassment against the headteacher which caused her, her life!  The poor soul was literally soaked in the kerosene and put on fire for her acts against violation of her rights. Her rights were violated and then her right to live was taken away!

Her death took the country by storm: there were protests all over. Her tragic death was no less than high-level torture: she was lured on the rooftop of the seminary by several attackers all asking her to withdraw the case. 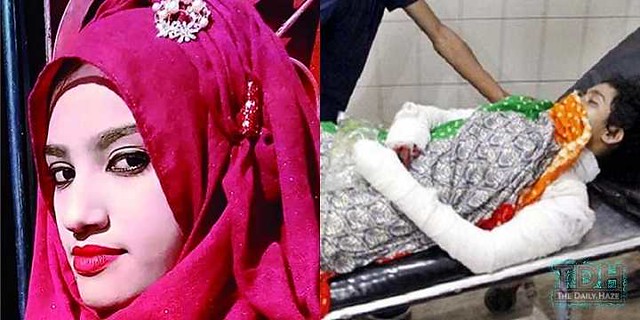 Among the attackers: 3 were her own classmates. She was tied up in a scarf to show it was a suicide. Yet the brave girl who was taken to the hospital in a condition where 80% of her body was burnt, gave a statement telling how she was set on fire.

She died after 5 days in the hospital

A video is also making rounds on social media where it is seen that Rafi is in Police station filling a case against the head and the chief register claiming it as “not a big deal!”.

Hafez Ahmed, the case prosecutor commented that this verdict proves that nobody in Bangladesh can get away with murder: rule of law sustains in the country.

14 men and 2 women were sentenced to death

Bangladesh’s Police Bureau of Investigation confirmed that the charge-sheet was filed against 16 people which include two girls who were classmates of Rafi. PBI lead investigator Mohammad Iqbal told that they recommended the death penalty of 16 murders under the women’s and children’s repression law. 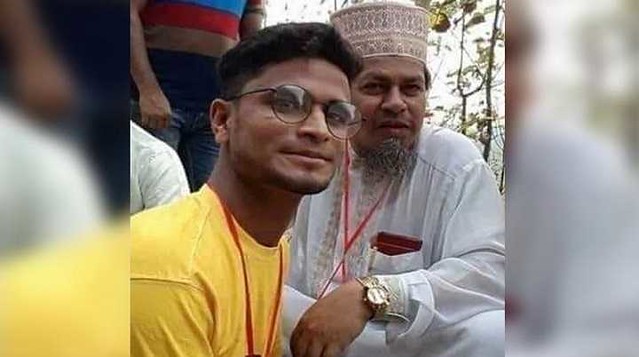 Iqbal also told that the Principal of the Sonagazi Islamia Senior Fazil Madrasa Siraj Ud Doula ordered the murder from jail. This is the very school where Rafi was studying. Rafi’s brother Mahmudul Hasan Noman appealed for the death of all the culprits.

The head of Mahila Parishad, a women’s rights group, appreciated the timely investigation of the case and says more needs to be done to end this for all. 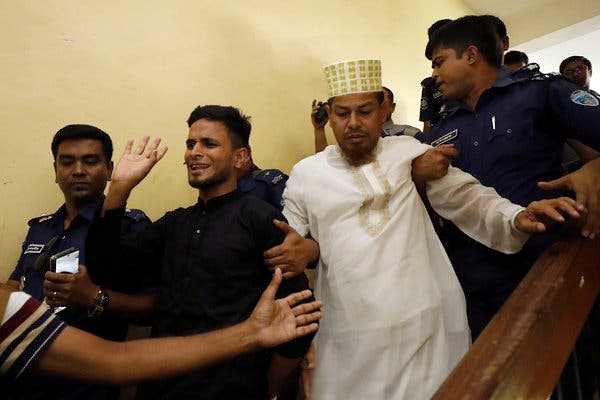 An example is set

Sitting thousands of miles away from Bangladesh, I commend the steps taken by the courts to give the strongest punishment to those who were involved in this heinous crime. May your soul rest in peace Nusrat Jahan Rafi!