It was reported by Newyork times on this Sunday that a female Kurdish fighter carried a suicide bomb attack on Turkish military forces in Syria that killed two Turkish soldiers and destroyed an army attack.

According to the newspaper, it was said that the female fighter is identified as a 20 years old woman name Zulu Hemo but as a fighter, she has changed her name to Avesta Habur.

This statement was quoted from her military Organization, the women’s protection unit (YPJ) which is a part of Syrian democratic forces. 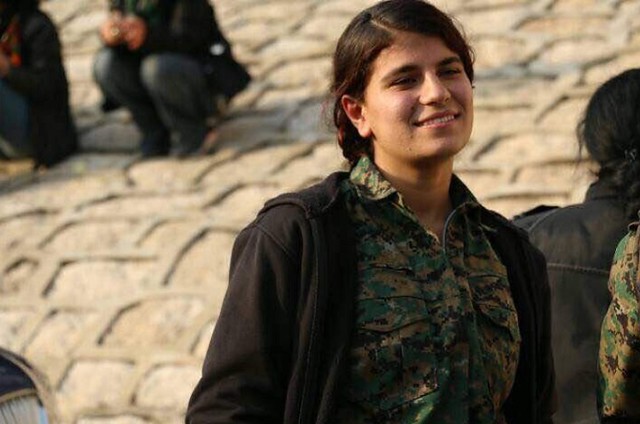 This statement is yet not confirmed properly but if this statement will be confirmed true, then it would be the first-ever case of a suicide attack by the Kurdish against Turkey’s forces since the Ground troops of Turkey crossed the border earlier this year.

It is believed that Hemo threw the grenade down the turret of the tank which led the independent Syrian Observatory for Human Rights to think and they finally believe that it was not an intended suicide attack.

She basically attacked the tank and somehow she too got blown with the Tank. The attack is not confirmed by US-led coalition forces in Syria and Iraq which are associated with Syrian Democratic Forces (SDF).

It is said that Turkish forces launched a military attacking against Kurdish YPG fighters in Syria’s northwestern region of Afrin to open a new door in the seven-year-old Syrian war.

YPJ control Afrin to be a terrorist group and its growing power on its Southern border threatens Turkish security, so Turkey mainly considers Syrian Kurdish YPJ in their decade-old insurgency in the Kurdish Southeast region.