Probably, Saudi Arabia is among those countries which are more than interesting to explore. Every time you explore it, you get amazed. The country is rich in history, culture, and arts. Today we are talking about some interesting facts of Ardah Dance or Sword Dance of Saudi Arabia.

There are very few people who know about the Ardah Dance or Sword Dance of Saudi Arabia. However, this is one of the traditional dances performed at different yet special occasions. Even though you might not be familiar with the name “Ardah”, you must have known the name of the dance as “sword dance” where men are seen dancing while holding swords. 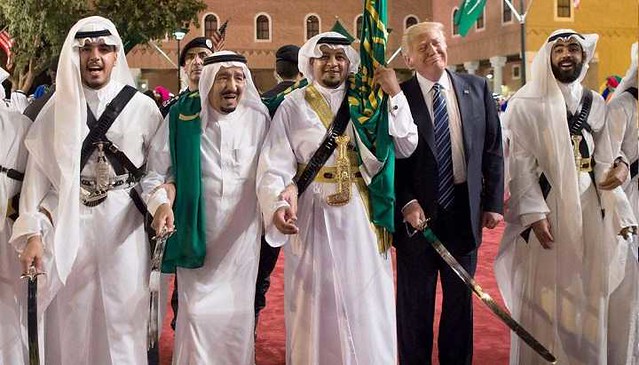 The traditional Ardah dance was only performed during wars. When the Arabs would meet their enemies at the battlefield, they would hold their swords in hands and perform this dance before initiating the war.

Getting informed about the origin of this dance is also something very interesting. It seems like the sword dance has its roots with the Najd Region. The verses and poems that are sung during the dance have a strong connection with the Najd region.

There are some other forms of Ardah dance, but that is only practiced and seen in the southern areas of the country.

This dance has been practiced and performed only by the males. This is probably because it was a battlefield dance and swords have to be carried while performing it. Moreover, the culture of Saudi Arabia does not appreciate such acts for women. 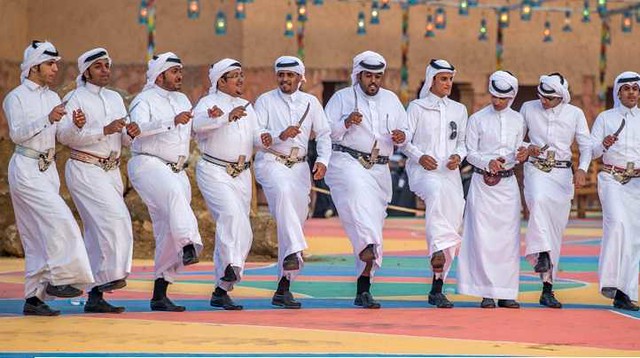 Sword dance is a simple one, where sword has to be swung: which can be performed by the young and old alike.  A poet then sings a verse which is then repeated by the performers who all move in cohesion to beat of the drum.

The traditional costume that is worn for the Ardah Dance or Sword Dance is known as the Daghla. This costume is exclusively optional. Men can wear any dress while performing this dance. The Daghla is often accompanied by a dagger and leather ammunition belt.