Home Social Issues Islamic Stories What happened when the angel of death approached a miser?

Once there was a miser who had hoarded wealth as much as three hundred thousand dinars. Being a typical miser, he would spend days and nights earning money but would spend very less. He was of the view that once he had accumulated enough wealth, he would rest and enjoy his life.

He owned lands, buildings and other expensive possessions. Yet when it came to spending on himself and on the poor, he would behave like a typical miser. He had great plans. He was of the view that when he comes of age he would rest and enjoy all his wealth. He would go on vacations and enjoy life to its fullest.

The angel of death arrived

While he was planning to rest and believed that it is time to gradually use all his wealth and stop working, the angel of death arrived. The miser was in great shock. This was not the way he planned things. He had spent all his life working and now when it was finally time to enjoy, his death has approached him.

He believed that life was not fair to him, yet it was he who was not fair with life. Who was he to decide that when shall he die? Allah has asked us to remain prepared for death every time. It is not destined for everyone to die at an old age. Allah has not told us that everyone will die at an age of 50 or 60 plus.

He started negotiating with the angel

So, he told the angel that let him live for 3 more days only and in-return he would give him his one-third of wealth. The angel refused and started to take out his life.

The miser again tried to convince the angel of death by offering him two hundred thousand dinars for two days of life. The angel was not convinced. The angel wasn’t convinced even when the man put worth all his wealth to live a single day. 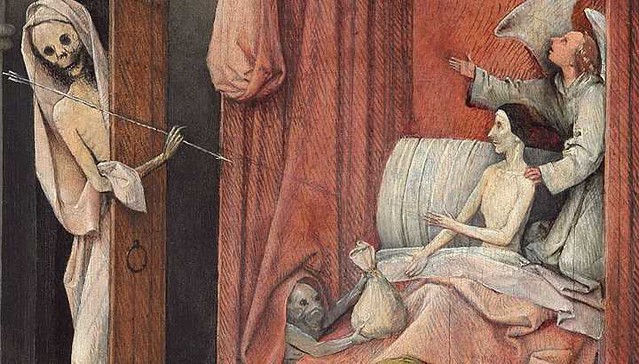 Just give enough time to write a paper

Ironic isn’t it? The miser spent all his life collecting wealth and now is ready to forgo all just to spend a day! Yet when he saw that angel was firm to take away his life, he asked him to just give him enough time to write something on a piece of paper.

The angel thought that this was something he could grant and told the miser man that he may write whatever he wants to. The miser made a cut on his body. When the blood started to flow he used the blood to write this advice:

“realize the worth of time, money cannot buy time. I couldn’t buy an hour for three hundred thousand dinars.”

Don’t you think that most of us are living with the same mindset as that of a miser? Think over, it’s time to get prepared for death. Don’t end up with a fate like that of a miser!