Home General Information Security Conditions An Expat husband kidnaps himself to get SR 1 million ransom from...

He planned an assault: In Saudi Arabia, a 39-year-old Lebanese husband planned an assault drama on himself to forcefully get an amount of SR 1 million from his 34-year-old wife. The husband and partners were arrested by police after receiving an emergency call from the wife.

The companion was a Pakistani, who worked in a company, possessed by the Lebanese wife’s father. A Palestinian joined his attack plan as well. This was reported on Wednesday by Saudi news.

The Pakistani man said to the Lebanese husband that he wants a helper who could help him in making this drama successful. He then met a Palestinian who decided to help him in the planned drama. Pakistani and Palestinian both started preparing them for the attack.

SR 1 million ransom money: They arranged a gun, knives and a license plate explosive belt which would help in creating more drama and frighten his wife and force her to give them the ransom payment.

According to the plan, on the day of the attack, the two partners were supposed to enter the house, which they pre-planned with the husband. In front of his wife, they arrested the husband and told her to give them SR 1 million otherwise they will kill him.

She called the Police: The husband played his role by begging his wife to go ahead and give them the money to secure his life. The wife told the criminals that she wanted to make a call to protect the cash they requested, as said by the source.

Fortunately, she called the 911 emergency numbers and stated the crime without raising any voice. In the Red Sea city of Jeddah, police force arrived at the address from where they received the call. 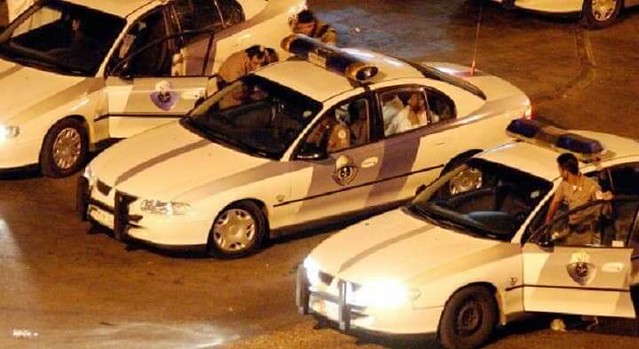 Police raided in time: The officers arrested the criminals who tried to fight and escape. After arresting the criminals, the investigation department started inquiry which exposed the role of the husband in the drama which he acted in front of his wife. The police took the husband into custody as well.

One of the representatives from the police department confirmed that the dramatic attack was planned by the husband and his partners. He also disclosed the details of the drama that the police united operation department received a call from a Saudi lady who stated that two men holding gun and knives have entered her house.

All of them are arrested: She also said that they were demanding SR 1 million from her and if she did not agree to pay them the demanded money they would kill her husband and exploded the explosive belt which they were carrying with them.

Investigations department discovered that the husband and his partners; Pakistani and Palestinian had planned the drama beforehand to create the situation to extract cash of amount one million from the wife. All of them were captured and will be referred to the public trial.