Dreams in his eyes

Faruk Mian, a 27-year-old man, came to Saudi Arabia from India in 2015 with the aim of earning money and supporting his family.

First, he was working as a driver in Taif but later, he was forced to clean washrooms in a function hall. He ran away to Riyadh where he worked as a tile fixer for some time.

On a freezing evening in December, he was carried to Sanad Hospital by a Saudi ambulance after a road accident in Riyadh city.

His dreams came to an end when his scooter met a horrible accident, which made him paralyzed, his spinal cord crushed, and he had multiple fractures in other limbs.

He wanted to go back to his hometown to his parents in India but a return trip would take 36 hours and he couldn’t travel. Mian was not able to move a finger for taking biometrics or signatures to complete the visa process on his passport. 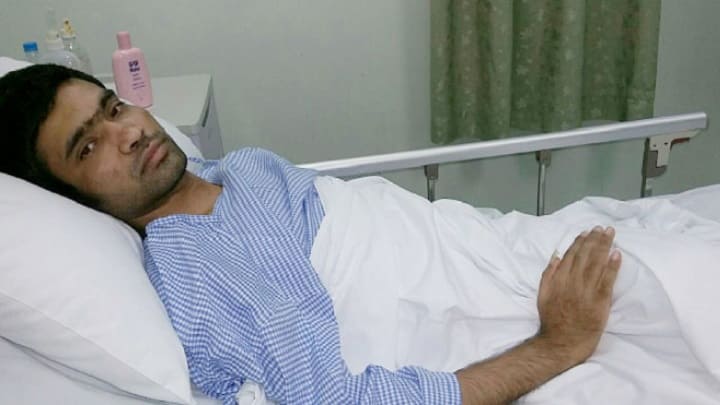 Death is better than this life

Faruk said from his hospital bed that death is better than this harsh life. He has been hospitalized for more than a year and his treatment is still going on which is painful for his entire family as well. The motorist ran away after hitting his scooter and left him lifeless in foggy weather.

He can’t even drink water without help

After years of complete care, he is now preparing to travel back to his country because he is in better condition. He thanked the doctors and staff at the hospital.  He told that he can’t even drink water or talk on the phone without the help of someone. 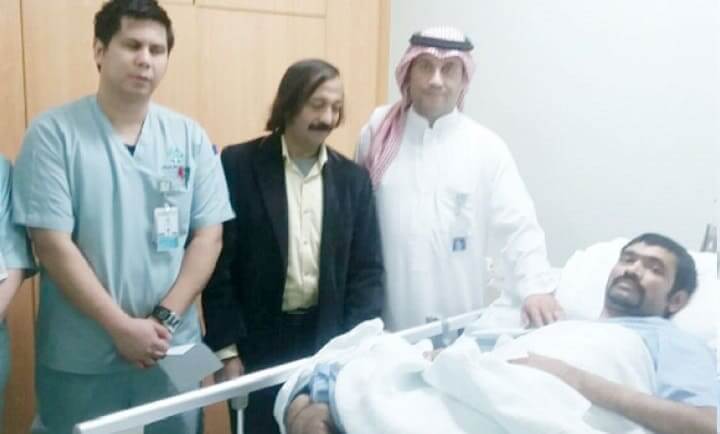 Tears would roll down his cheek when he felt helpless. He would only attend calls from his mother who would gather pennies to call him. He accepted it as his fortune and blames no one.

But, before he dies he wants to meet his mother and wishes that his father spills soil in his grave.

The sponsor refused to pay for his treatment

After the mishap, the management tried to get to his sponsor in Taif but he refused to pay for Faruk’s treatment by saying that it is not his responsibility.

The Saudi health department, management of Sanad hospital, and in fact everyone from the hospital staff from Pilipino nurses to Saudi PR officials helped him and paid a large amount to continue his treatment.