I never wanted to write anything about the day my mother passed away but something happened which forced me to do it. I was only 2 years old when her soul departed from this sinful world. She was only 44 at that time.

I don’t remember anything about her, nor about the incident of her death. The topic of her death has always been a taboo topic among our siblings. I grew up asking my brothers and sisters how she died but none of them gave me a convincing answer.

The topic of her death was Taboo

The days passed by and I turned 30. I was busy building my professional career, my Facebook page, my website, never had enough time to ask any of my elder brothers and sisters again about my mother’s death.

December 16, the brother of my mother who is 68 now came to perform Umrah from my home country and paid a visit to me. I didn’t notice that it was December 16, the same date my mother passed away 28 years ago.

I asked my uncle, the younger brother of my mother about how she died. I just knew that she died of gallbladder cancer. Cancer spread all over her body and she passed away as the treatment of cancer at that time was not advanced.

An Aamil predicted her death 2 years ago

What he told me was shocking enough to stop my car downside the road. He said, “The Aamil knew and predicted each and every detail of how she is going to die”.

He told me that 2 years before my mother’s death. He met a very old, pious man. This man, whom he was calling an Aamil used to treat people against the black magic. My uncle went there with his mother (my grandmother).

My mother was living a happy and healthy life until that time. She was a strong woman with the strongest willpower any woman has ever possessed. She used to take care of all of us all alone. She used to run a small level grocery store.

My Uncle: I was 38 at that time. I can still remember when my mother asked about your mother’s health and situation from that Aamil, he closed his eyes. I could notice that his face was turning red. After a while, he opened his eyes, they were all red.

He told us that there has been a magic spell on that particular house, the magic spell has already completed its cycle but we can do something if you want. He said, someone will die in that house and there will be a lot of blood out of his/her nose and mouth.

Listening to this, my mother was anxious as he was talking about her daughter, but I didn’t take it seriously. My sister and your mother were so healthy and fit at that time. Nobody could ever imagine that it can happen to her.

The days passed, weeks have gone, months flashed away, the memory of that incident was faded from my mind. I thought it is just a trick by Aamil to grab some money from us. I never took it seriously.

After around 20 months of that incident (which had been forgotten by my mind), I came to know that your mother is sick. I went to the city where they used to live and came to know that she has been diagnosed with cancer in the gallbladder.

Cancer was diagnosed at a very later stage; it had already spread to the entire body. Nothing could be done at that time. We had not told your mother about cancer. For her, it was just a gastro pain. But the pain was out of her control.

She used to cry almost all the time, we tried a lot but it was incurable that time. In the end, we were hopeless and were praying for her ease (death). Yes, a brother was praying for the death of his beloved sister.

The day of her death

4 months from the time the cancer was initially diagnosed, the day came. We had already made up our minds. At that moment, she vomited. It was blood coming from her mouth and nose. I had never seen so much blood in my life.

All the attendants around her were covered with blood. Your elder brother and sister already knew that this vomit will put an end to all her miseries.

I didn’t realize that she had passed away until your sister came to put her head on my shoulder with tears dripping down her cheeks.

At that moment, my mind took me back to the same room where that Aamil my mother, and I was sitting. He was telling me, someone will die in that house and there will be a lot of blood out of his/her nose and mouth. 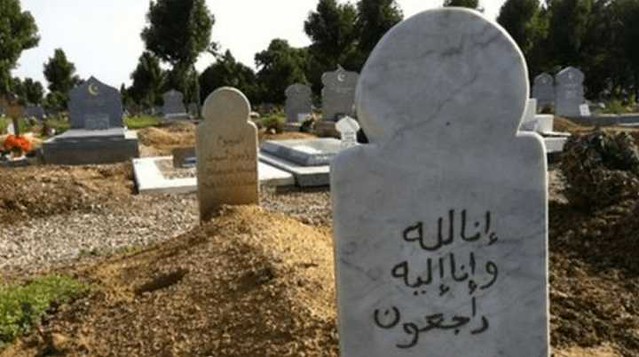 Oh God, what have I done?

Perhaps, I could do something if I had taken it seriously. Your mother died to put a lot of burden on my shoulders, the burden of not doing something when I could.

I traveled 1300 Km to another city and visited the same Aamil. I wanted to know this time who is the culprit, who has done it? But the moment I reached there I was shocked to know that Aamil had also passed away.

The secret of who has done this with my sister remained a secret. May Allah grant her Jannah; this is what we can pray now.