Ali Jafar Al Miraihil, aged 36, who was originally from Al Khobar, married to a woman of Bahraini origin. Together they had 4 children in total, the eldest girl aged 10, and then twin boys aged 7 and then the youngest girl who is only 8 months old.

Al Miraihil stated that after his marriage, he started visiting Bahrain frequently and then eventually thought of starting a business there.

By looking at the market available in Bahrain, he realized that there was a lot of potentials to make a successful investment. Back in 2003, he visited Manama in order to establish a business of air conditioners.

He invested SR 100,000: He applied for a commercial license from the Ministry of Commerce and Industry in Bahrain and got it in 2004. He started the business with a capital of SAR 100,000 which increased to SAR 700,000 over the next few years.

The future seemed bright right until he struck a deal with contractors for the Durat Al Bahrain project. He bought the necessary material to build 75 villas, however, the contractors never paid their bills.

As soon as he bought the material, the prices for metal dropped and the contractors did not pay him the SAR 250,000 that was due to him as per the contract.

He could not pay his rent or get a job as the police in Bahrain had prohibited him from leaving the country and also issued a warrant for his arrest. He sold everything he had and made his way to the Saudi Embassy which was the only option.

He had a medical complication as well: In addition to financial worries, Al Miraihil developed a medical condition too. This caused his left ear to ooze pus and bleed. Medical professionals advised him to have it operated, however, he needed SAR 360,000.

He started washing cars and collecting litter from the road: They also warned him that it could turn fatal if left untreated. With each visit to the doctor costing him around SAR 300, he had no other option but to collect litter and wash cars on the street in order to pay his bills. 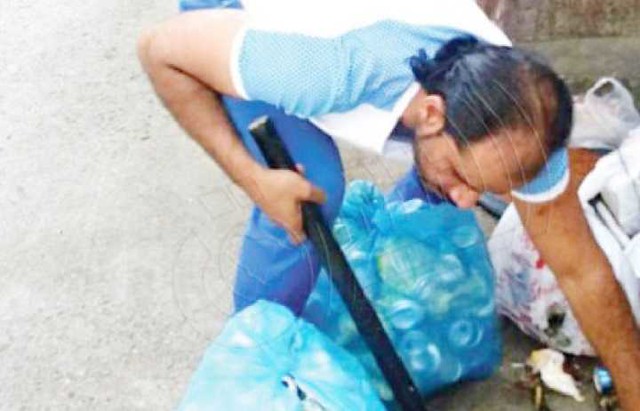 The Saudi Embassy had also provided him with a lawyer to defend his case if it did go to court, however, he later claims that the Embassy too turned against him.

According to him, the Embassy had an arrest warrant issued for him as the Embassy demanded that he return the money which was spent on him.