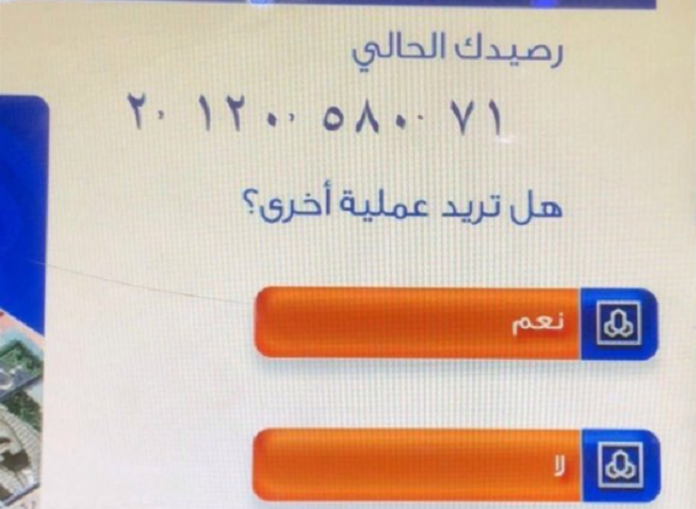 Banking is a very sensitive and complicated business in which the customers are assured of the services provided to them. The customers must be satisfied with the bank to whom they are entrusting their money.

What would happen to the image of the bank if the customers start believing that their bank can make huge mistakes?

We have seen many bank scandals which mainly involve hacking of online accounts but this was certainly new for many customers.

Al-Rajhi Bank in Saudi Arabia transferred money into the accounts of its customers by mistake. This was not a small mistake which could be ignored as many people were reported saying that millions of riyals showed up in their bank accounts. 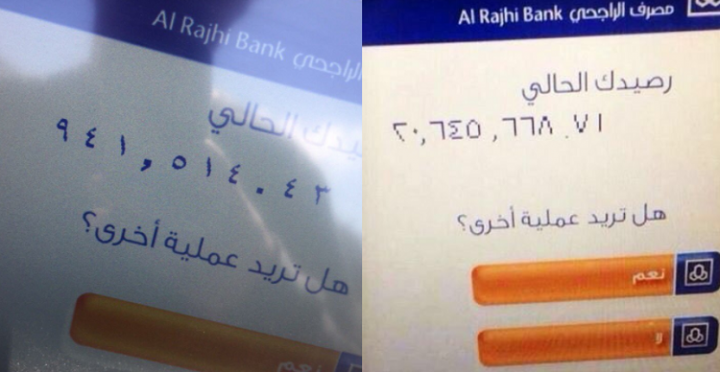 People posted pictures of their account balance on their twitter account and the hashtag “Al-Rajhi Bank accidentally transfers money” soon became trending on Twitter.  Some people were shocked and others even tried to return the money back to the bank.

Upon this, the bank refused to take back the money saying that no mistake had been done by the bank. The bank also responded to the tweets on its Twitter account by saying that these reports were false.

As the bank kept on denying the fact that it had made a mistake, the customers were also firm on their point saying that the bank had transferred the money to them and took it back later when it was brought to their notice.

A customer said that once he informed the bank that he wanted to return the money that the bank had transferred to him by mistake, the bank’s customer services contacted him.

All of the factors proved to the Saudis that the claims of the people were true and the bank had been lying about making such a big mistake.

The people were absolutely outraged on the bank for not accepting to make the mistake and then privately asking the people to return the money.

Furthermore, people said that the bank had no legal right to take back the money as they had denied to wire it into the accounts of the customers in the first place.

Nobody knows why the bank wanted to keep the matter hushed up. It might be that the bank did not want to ruin its reputation by being involved in a scandal that involved millions of riyals. 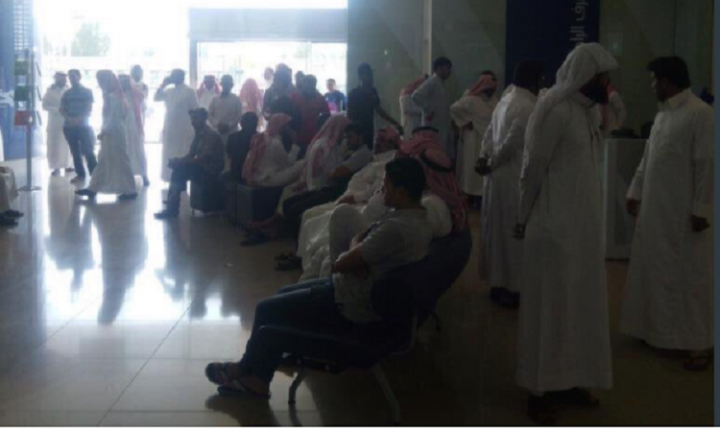 There might be other reasons but the banks need to make the customers satisfied with the quality of their services as almost every person depends upon this banking network and uses their services.

What to do in such situation: By the way, for the general knowledge of our readers, if such a situation comes to your attention, you need to contact back the bank to return the money.

An unknown deposit in your account if not reported could lead to any legal offense e.g. money laundering. Moreover, you don’t even know who has transferred this money to your account. The sender might have a criminal background which might put you in trouble.