Saudi Arabia is a country where thousands of foreign workers moved to earn their livelihood. The land too offered a lot to the workers. Such is the kind-hearted people of the Kingdom who have never dishonored or discriminated against any foreign worker or expatriate.

Recently the Mayor of Al Qassim region honored several Pakistani expatriate workers working in his region. The Pakistani workers were honored because they have served the Kingdom and completed 40 years of service at the mayoralty. 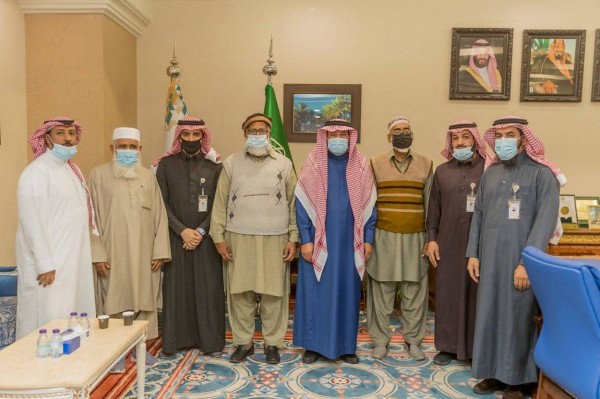 The mayor of the region said this move was initiated in recognition of the sincere work and their contribution in serving the region and its people for four long decades.

The mayor has also honored a large number of male and female volunteers who participated in the region’s diverse voluntary and community programs.